This seven issue arc(!) starts with Mandarin sparring—and looks a lot like the old Kingpin workout scenes from Frank Miller’s Daredevil.  By which I mean that Mandarin is in his underwear kicking the ass of armed dudes, then killing them.

Tony Stark is still paralyzed from the waist down, and goes to China for a cure. Black Widow is in the background, and she’s introduced with a workout scene that is also reminiscent of Miller’s Daredevil, where we often saw him exercising out of costume in his basement.  There’s several scenes with her, but it’s all set-up for the next story.

Not a lot of surprises here.  If it’s China, there must be Fin Fang Foom (just like Sunfire has to be in all the Japan stories). 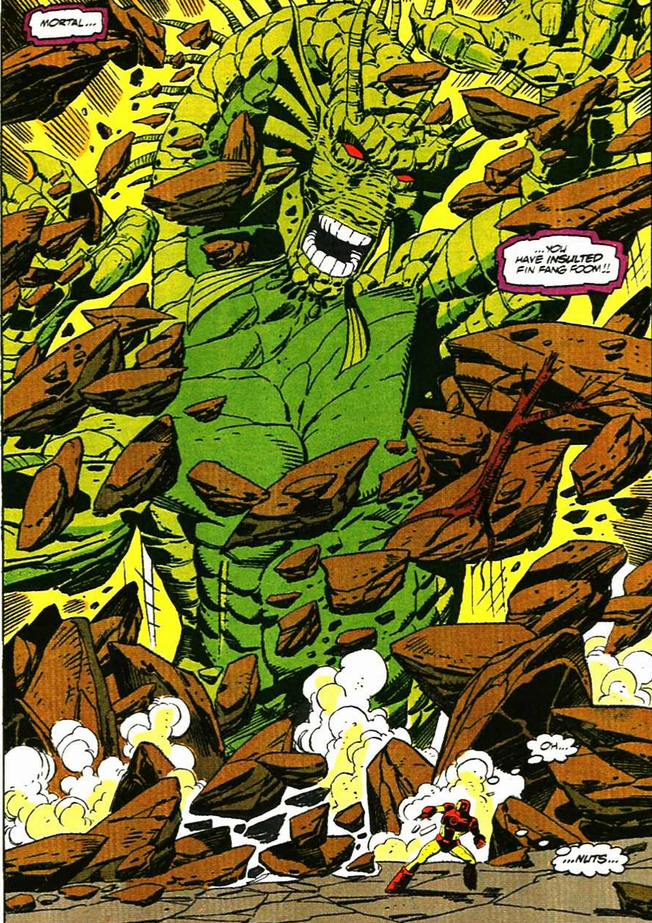 This leads to Fin Fang Foom’s entire family—apparently, there’s a lot of dragons out there.

And they’re space dragons.  And they’re the ones who brought the rings to Earth that Mandarin is now using. Hence the title of this tale, “The Dragon Seed Saga.” 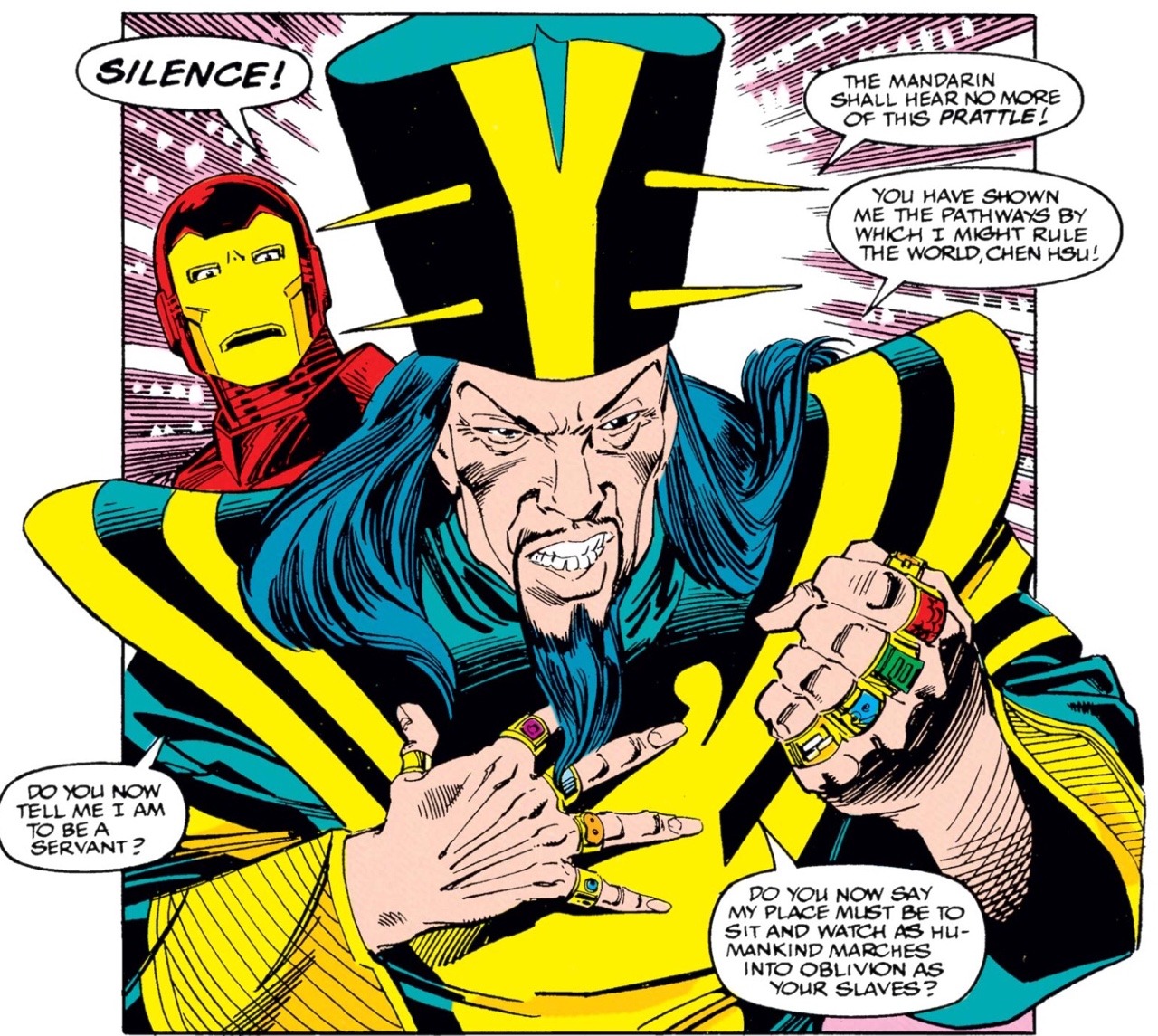 Basically, this story is an extensive origin tale for both Mandarin and Foom.

I mean, Iron Man is in it, but I almost wish he wasn’t.

And by the end, Iron Man can walk again.  Nothing bad here, nothing great.