The two-issue origin of Iron Fist is pretty darn good, notwithstanding that so many people nowadays find it racist that Iron Fist is a white dude.  On the letters page, Roy Thomas reveals how he came up with the character concept, taking a page from the self-promotional tendencies of Stan Lee.

We all know the story by now: As a kid, Danny Rand’s father and mother die in the Himalyas and Iron Fist is taken in by martial artists in the lost city of K’Un Lun.  Here’s a map… 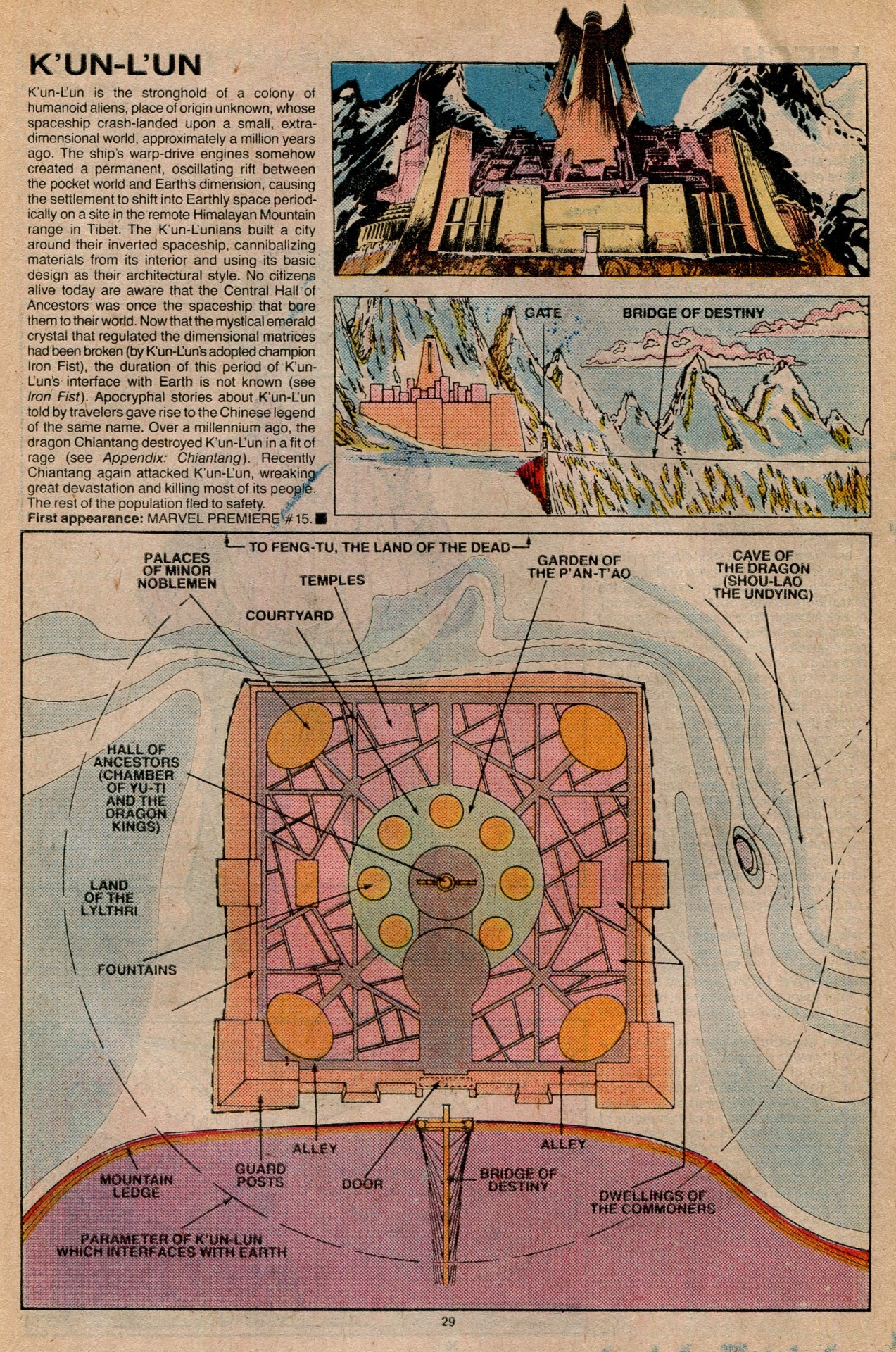 Look how graphic this vintage comic was… I mean, there’s a blood splatter on the ledge!

Gil Kane’s art is starting to get good–much better here than it is in Warlock.

It’s some of the best action art I’ve ever seen from Kane, as a matter of fact.

All the elements of Fist’s origin are here–it’s remarkably complete.  I’d always assumed it had been retconned, and, sure, it has been, but the main pieces are here.  Including getting the dragon branded on his chest after he slays the mystical dragon to get the power of the Fist.