After several appearances where the character didn’t have much of a center, Steve Gerber comes aboard.  Gerber is one of my all-time favorite writers, and he’s known for doing really bizarre, different, literary work.

So, how does he put his own spin on Man-Thing?  By making stars out of the side-stories.  This is the same thing Garth Ennis did when he took over writing Punisher MAX.  When a character is basically a one-note, undeveloped “superhero” who exists solely to titillate, then take more interest in the people around him.

In this story, Man-Thing follows/spies on Jennifer Kale and her brother.  The two kids have an interest in the occult, and saves them when they conjure up demons.

It’s also the first appearance of Thog, the demon Man-Thing will fight throughout Gerber’s run.  And finally, it’s the first mention of Man-Thing’s swamp being the nexus of all realities. 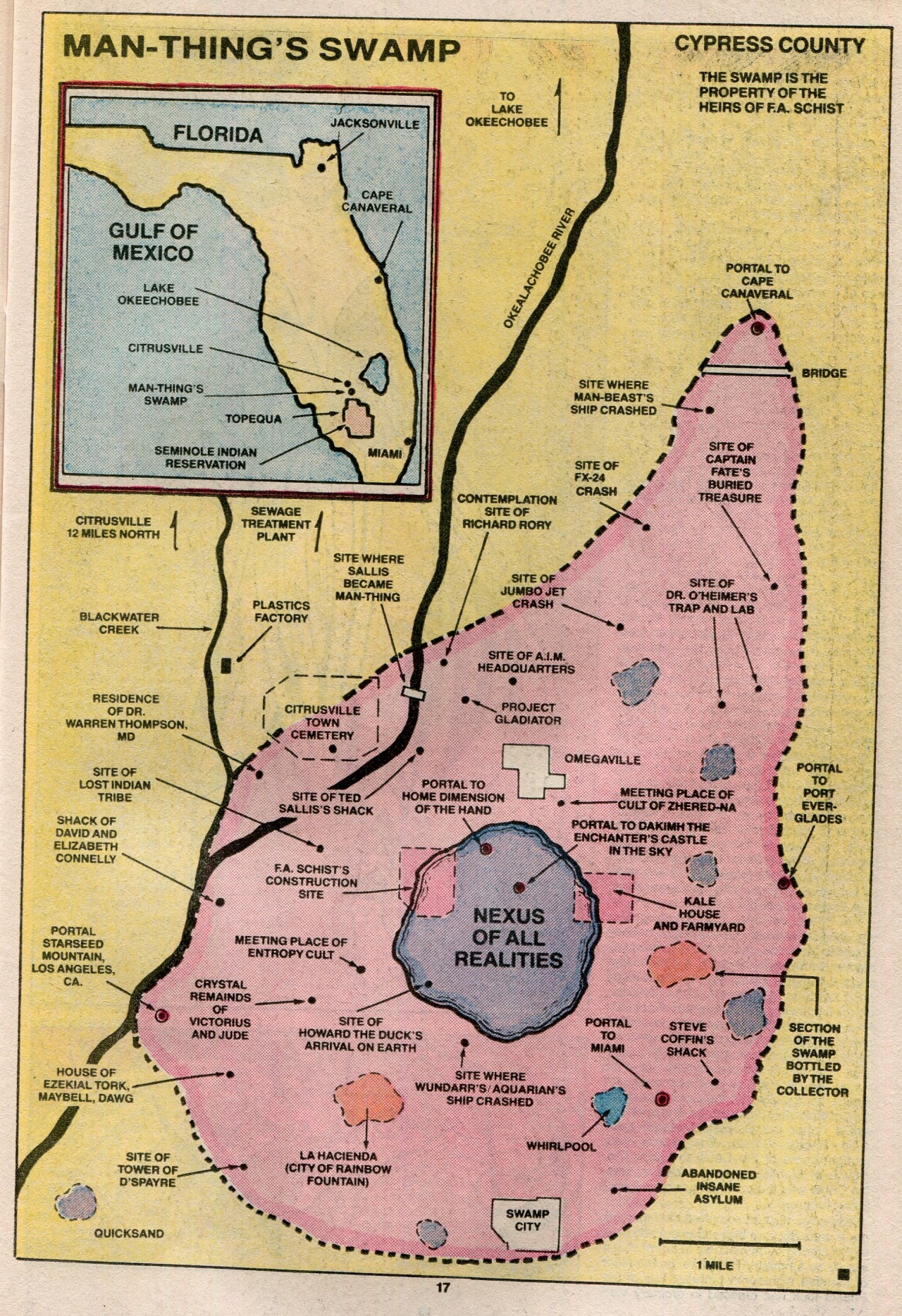 No, it’s not a great comic.  Horror books rarely are. But it’s definitely a fresh take on horror–and a new way to use the star of a book, as the costar of his own book.