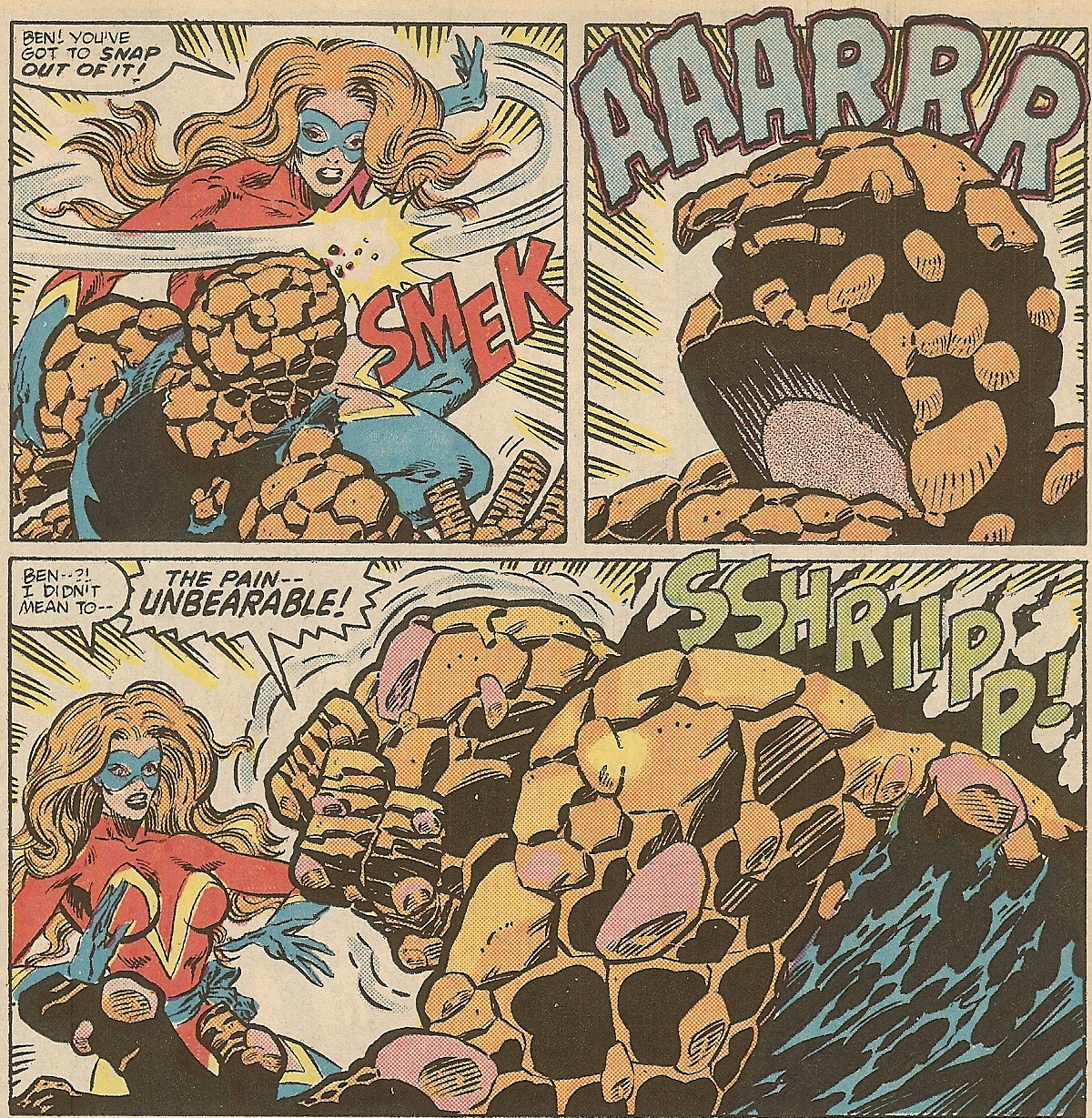 Thing’s friend Sharon Ventura goes to Power Broker, who gives abilities to people so they can wrestle in the super-wrestling league, and becomes the new Ms. Marvel.  Basically, this is just an origin story—and the end of the Thing series. 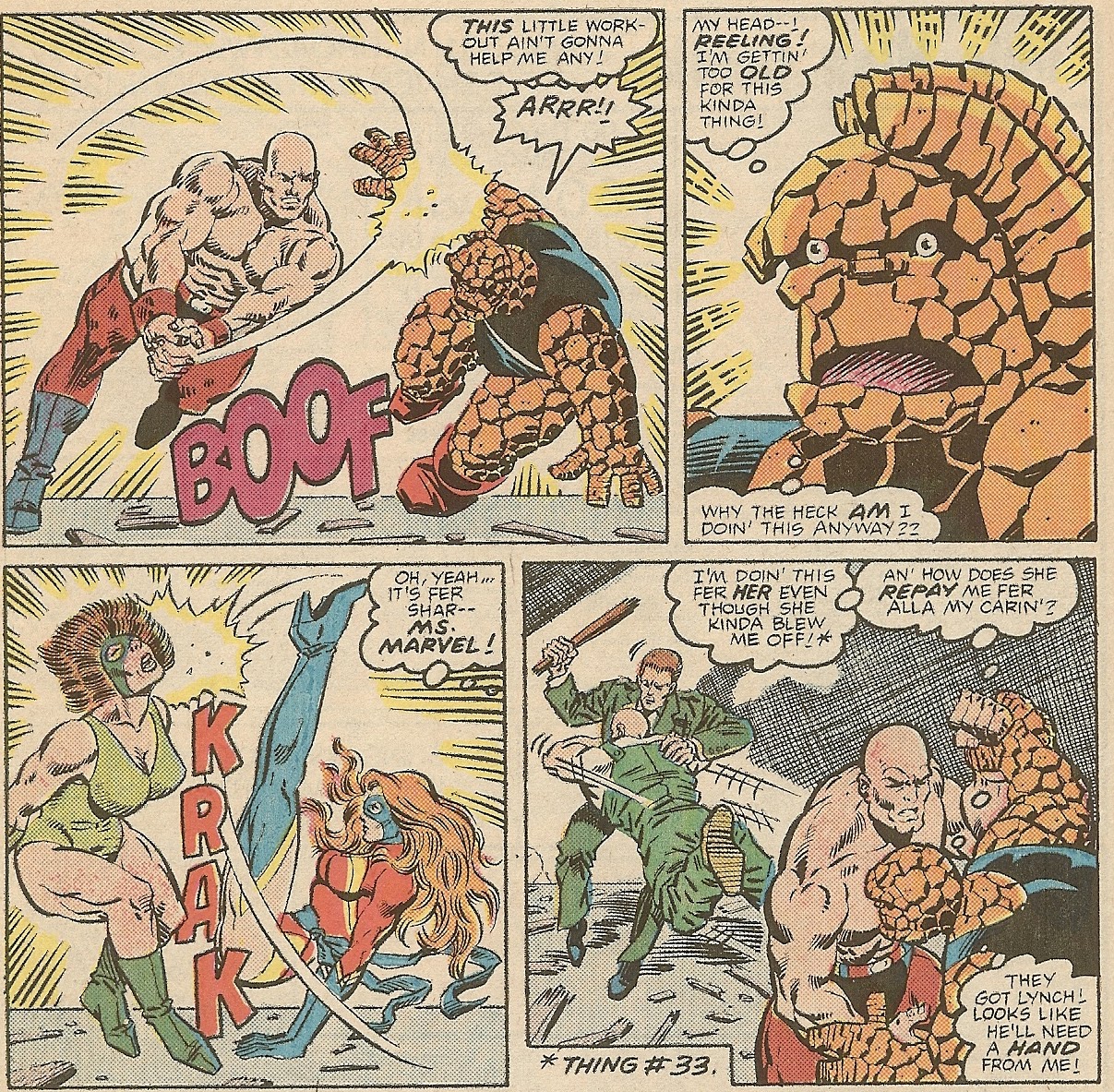 Along the way, we learn that the wrestlers have to take pills or else they will further mutate as a result of Power Broker’s “gifts” to them, which explains why all these heroes stayed with the wrestling league: They’re addicts and he’s their pusher.  So they fight to maintain their supply. 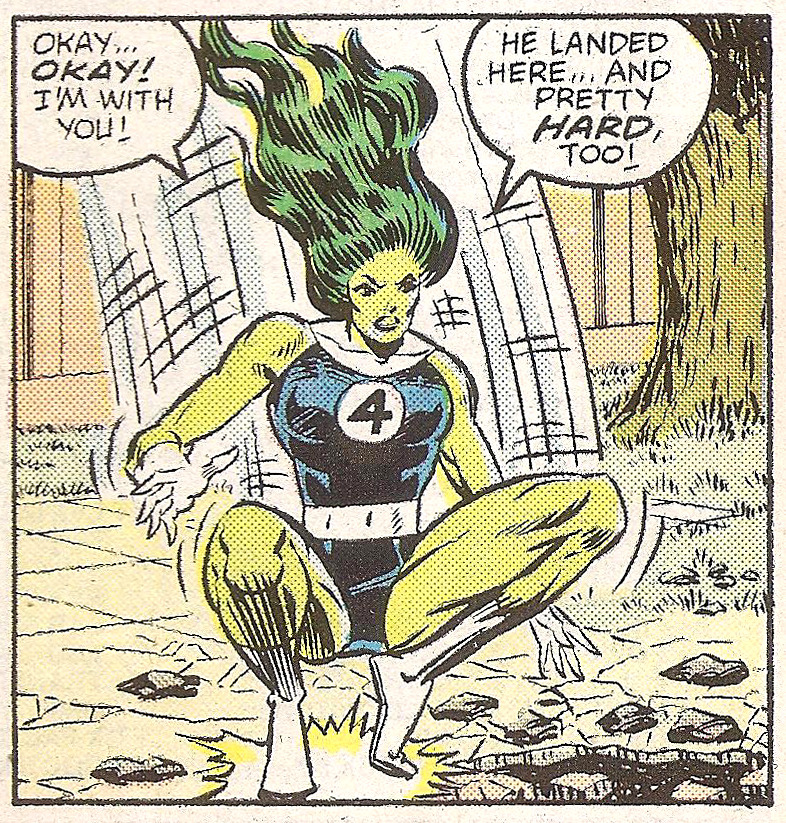 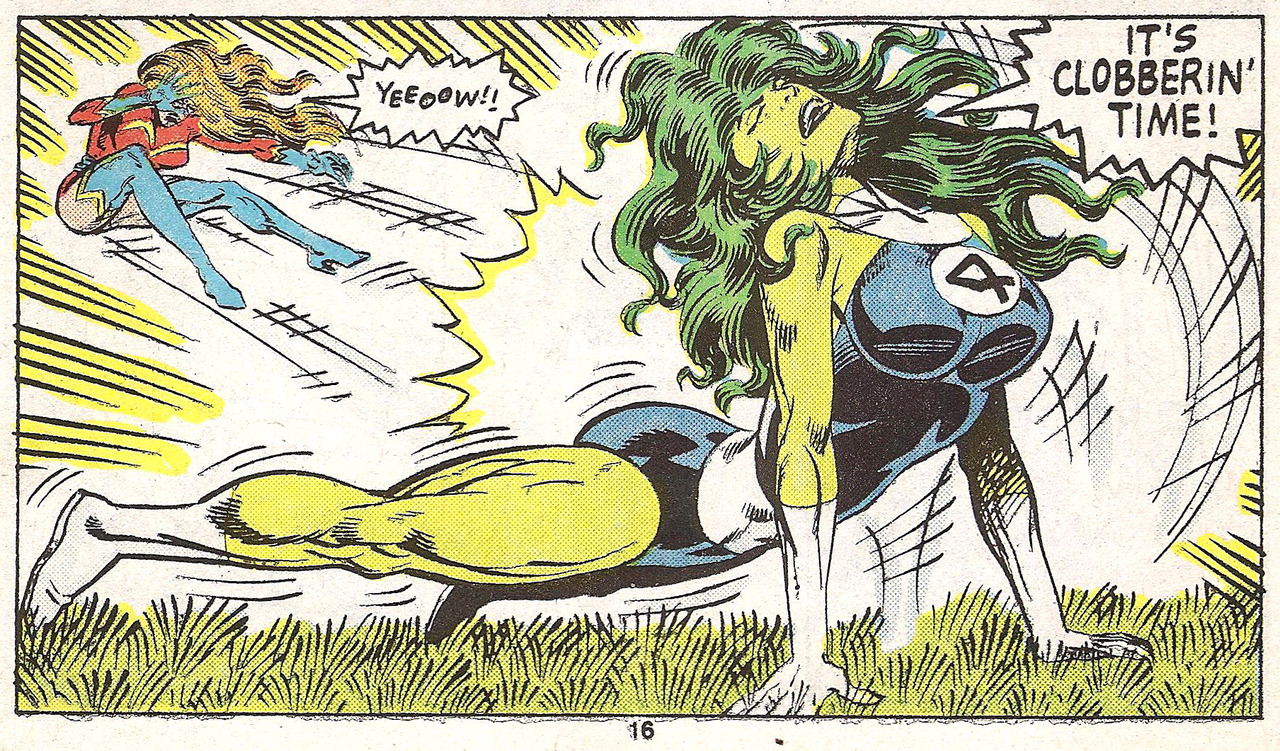 It ends with Thing himself being mutated, and running away because he’s so horrified by his own looks.

This story will, presumably, be picked up in West Coast Avengers, where Thing is a member.

On the letters page, editor Mark Gruenwald tells us that Thing had to be cancelled to make way for a Nick Fury limited series.  But that never happened.