Anyone remember Cap’s chameleon van?  In these issues he starts being “on the road” Cap–looking for adventures across America.  This is the first appearance of his van, which was later profiled in the Official Handbook to the Marvel Universe like this: 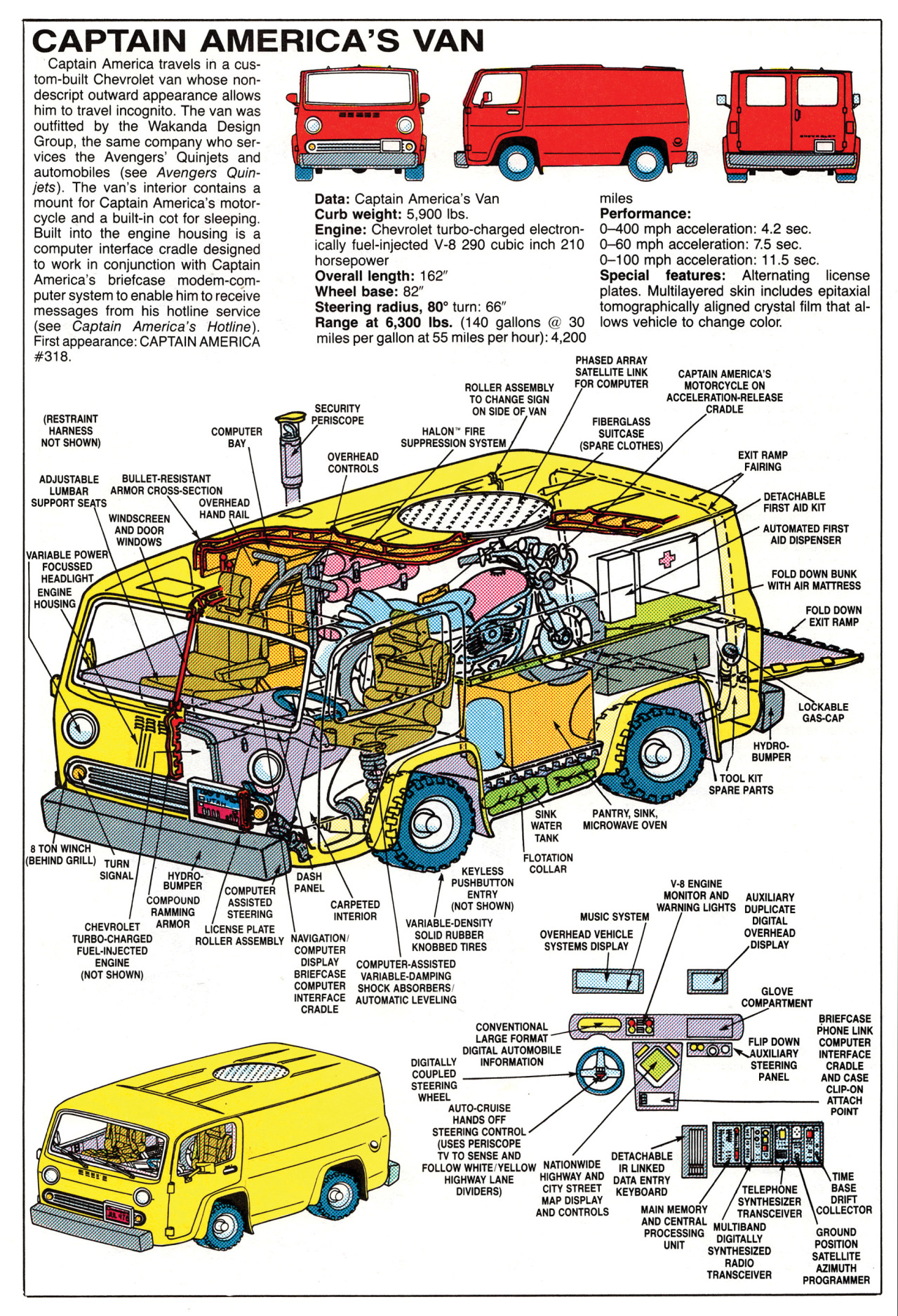 This is also the big Scourge story.

And it’s about time!  I mean, I love a good, slow burn, but this one has been cooking for over a year.  We first saw him kill The Enforcer back in Iron Man #194, and since then it’s been about a killing a month in various comics.  In fact, the letters column to issue #319 gives us a list—because Mark Gruenwald is known for his slavish devotion to historical notations:

That’s quite a while for someone other than Punisher to be running around executing people with nobody noticing!  It’s also pretty cool that this is a Captain America story, but it started in Iron Man and hasn’t, to this point, been clearly tied to Cap.  I remember when I was reading these issues as they came out, wondering who this killer was and why he was appearing in every Marvel book. Issue #318 starts with Death Adder of the Serpent Society—the group of criminals that Captain America is actively tracking down for having killed MODOK—getting killed by Scourge.

As a result, the Serpent Society decides they need to find and kill Scourge—so that they send a clear message that nobody messes with the Serpents.

Simultaneously, Captain America—who is seen moving out of Avengers Mansion because he wants to live in a van and travel around the country (a little weird, but OK)—stops Blacklash from committing a crime, and Blacklash alerts Cap to the fact that there’s a guy killing criminals.  This piques Cap’s interest.

So now Scourge is being hunted by both the Serpents and Captain America.  They end up following the same clues and Cap, reluctantly, teams up with Diamondback (of the Serpents) to try to find Scourge (and, to his credit, Cap thinks that by teaming up with her he can also learn the Serpent Society’s whereabouts). 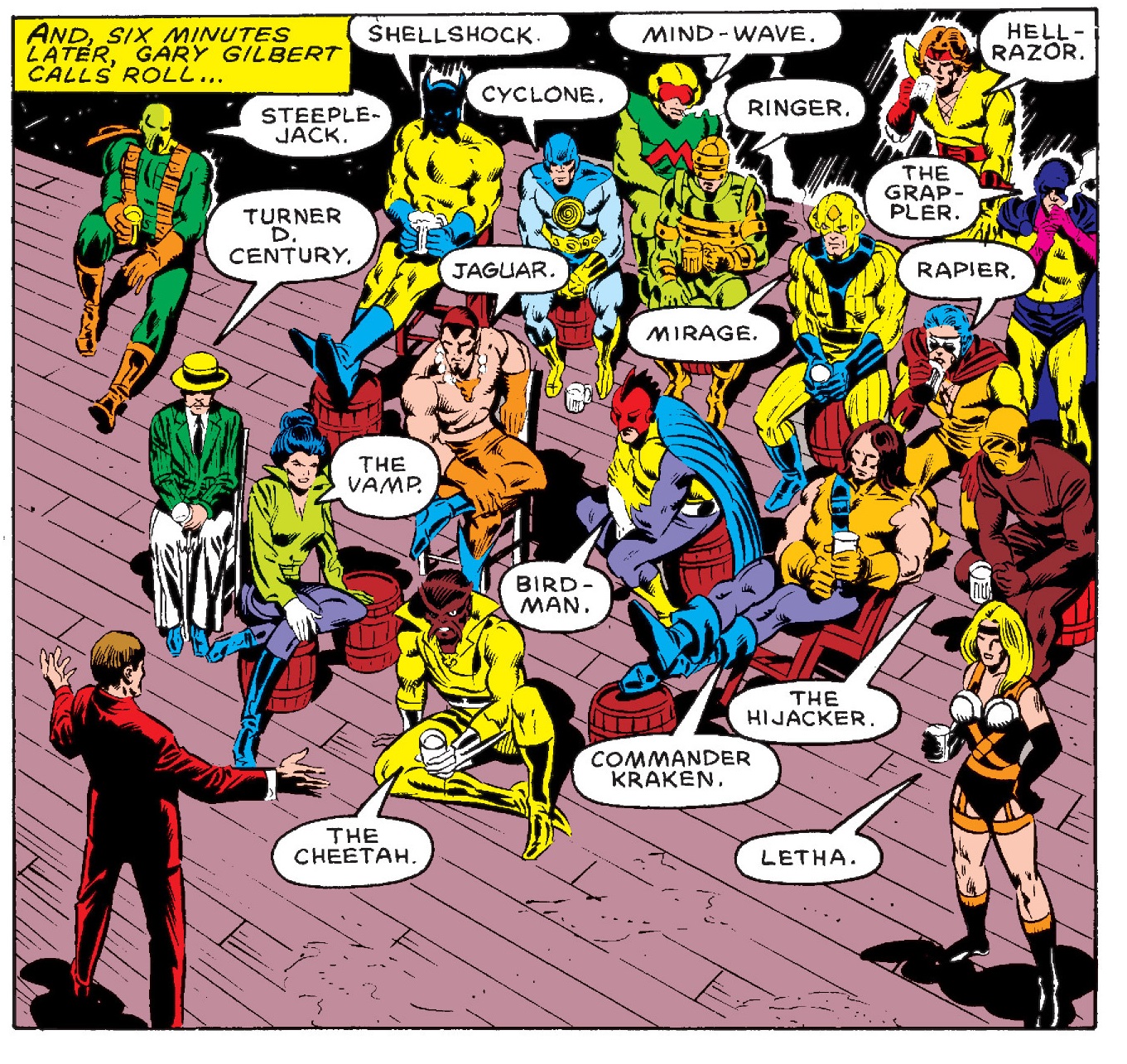 Actually, there’s a third group of people hunting Scourge: The friends and cohorts of his victims, a group of D-list villains that includes Firebrand, Cyclone, Ringer, Blue Streak, Bird-Man, etc.  They’re all gathered in The Bar With No Name, which makes its first appearance in issue #318. …Scourge masquerades as the bartender and kills all of them.

Punisher did the same exact thing in a great issue by Matt Fraction, where he served as the bartended at the funeral for Stilt-Man, in Punisher War Journal #6. 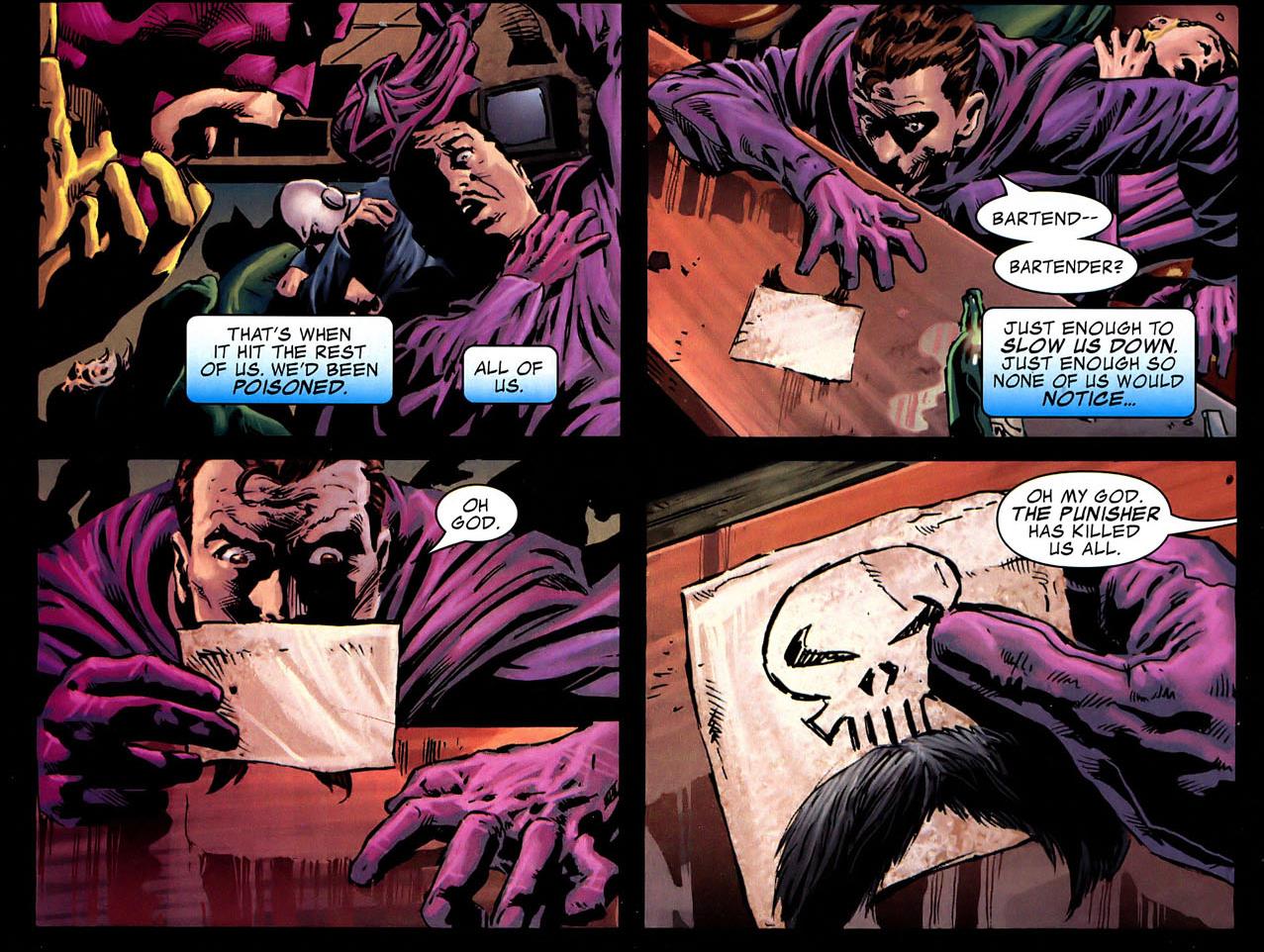 Cap is taken to the bar by Water Wizard who, by virtue of being a completely lame villain, is worried that he’ll be killed next.  When he sees the slaughter, he is even more resolved to catch Scourge.  So, he dresses up as one of the dead villains and goes on TV saying he survived—in an effort to get Scourge to reveal himself trying to finish what he started.  It works, and Cap easily takes Scourge down.

Yeah, it all gets resolved a little too quickly.

Also, this unmasking speech is awesome: “Who’d you expect, your evil twin?”  “Every person I’ve killed has been convicted of a crime.”  Nice.

Scourge is unmasked as the brother of his first victim, The Enforcer, and his motivation was that he was ashamed having a criminal for a brother.  Once he killed his brother, he got a taste for killing and couldn’t stop. 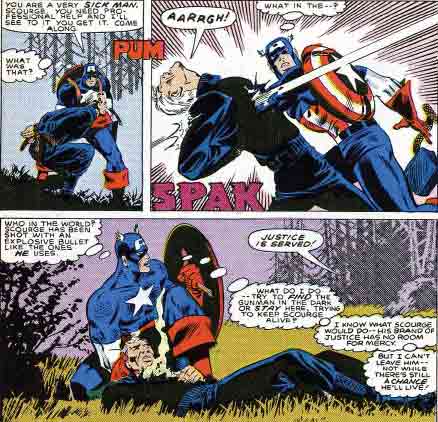 Then, at the very end, Scourge is assassinated by an unseen sniper who then shouts Scourge’s own tag line: “Justice is served!”

Again, yes, it was a little quick, but it’s a tight ending.  Well done.