A bunch of Spider-Man’s foes join together (some of them are broken out of jail by Kingpin first) and form the “Sinister Syndicate.”

The story focuses on the villains’ stories and not on Spider-Man, which is interesting.  Marvel doesn’t do this very often.  It also feels very “1980s,” in the sense that it’s not all steroidal action sequences. 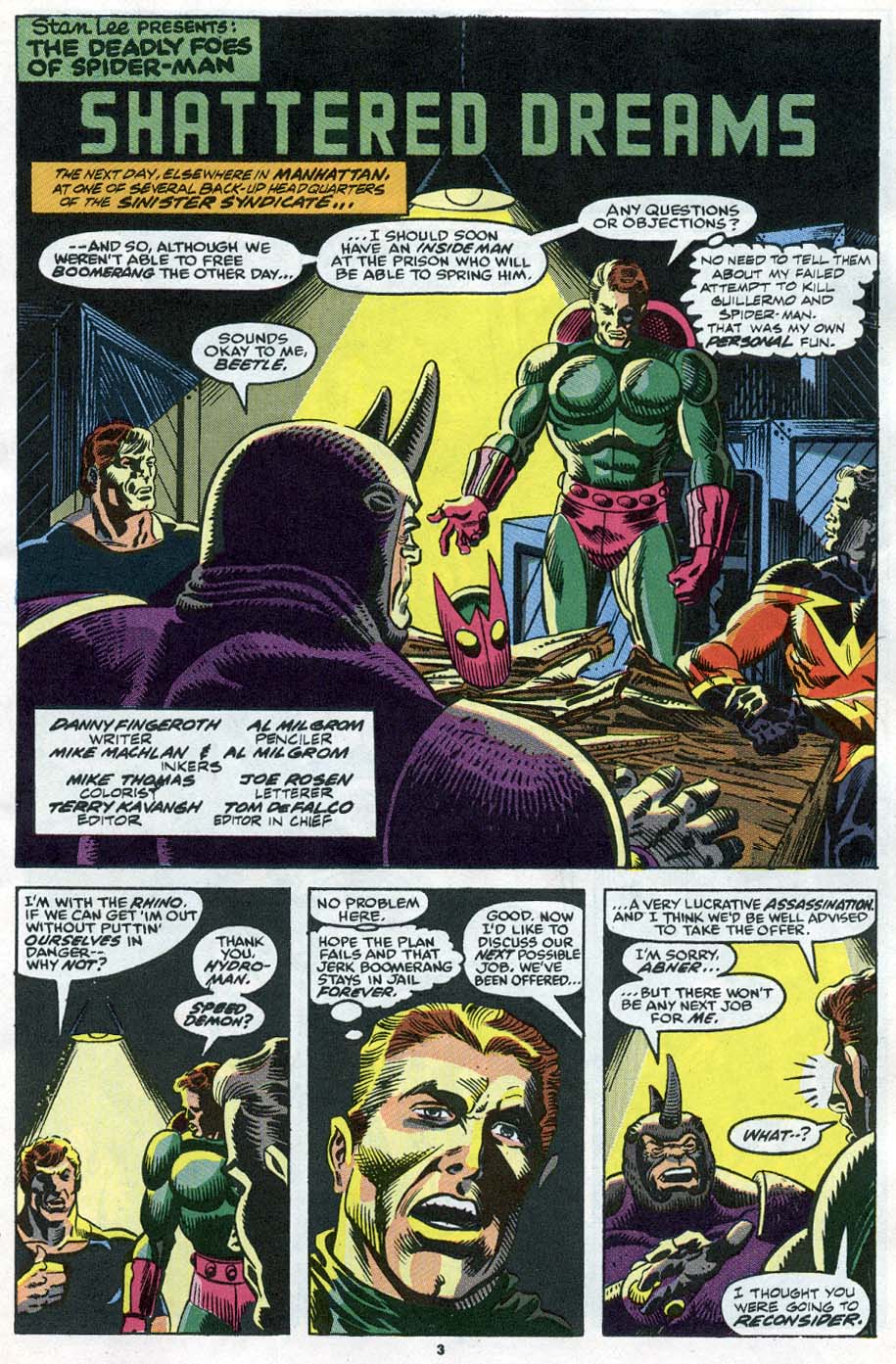 Instead, it’s lots of scenes of the villains talking and figuring stuff out.  We get real character development–this is probably the series that inspired Superior Foes of Spider-Man, one of the best Spider-Man books of the last 20 years.

Very well done.  Also, it’s direct-sale so the back-cover can have pictures like this one: Lasting impact: Rhino is no longer trapped inside his costume.

In 1993, Marvel will do a sequel miniseries, The Lethal Foes of Spider-Man.