Here’s how you know we’re heading into the overmuscled, dark and violent 1990s: Punisher has two monthly books.  What’s odd is how different he is in the two.  In War Journal, he’s more of a “person.”  He acts friendly with Microchip, and we see his inner thoughts in fluffy white bubbles instead of through the stark narrative captions in the other book.  And he’s nice.  Like helping a couple raise a retarded child. The panel above, where he’s flying a kite, reflects this change: War Journal is the “human” side of Punisher.  And these first three issues tie to his origin, connecting up some Contra arms deals to the original mob hit that killed Frank Castle’s family. 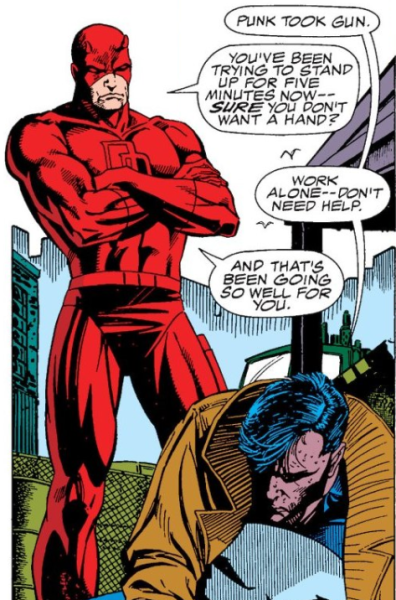 Daredevil shows up and tries to help Punisher, but he sends him packing—because he’d rather kill than play nice.

I prefer a less character-driven version of this character, but these issues are perfectly fine.  I’m just not sure why we need two ongoing monthlies that tell pretty similar guns-and-grit kinds of stories.

What’s really nice about issue #1 is how they re-tell the origin, in a series of wide-and-narrow panels across the top of every page of the issue. 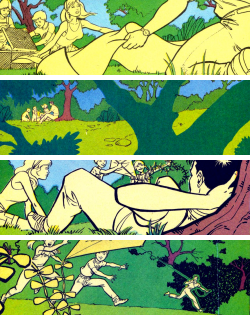 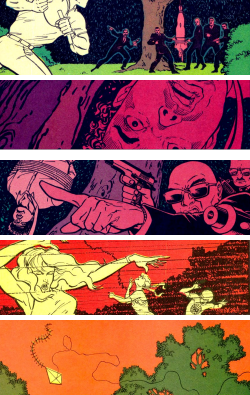 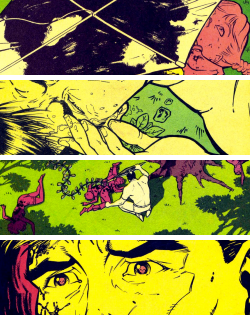