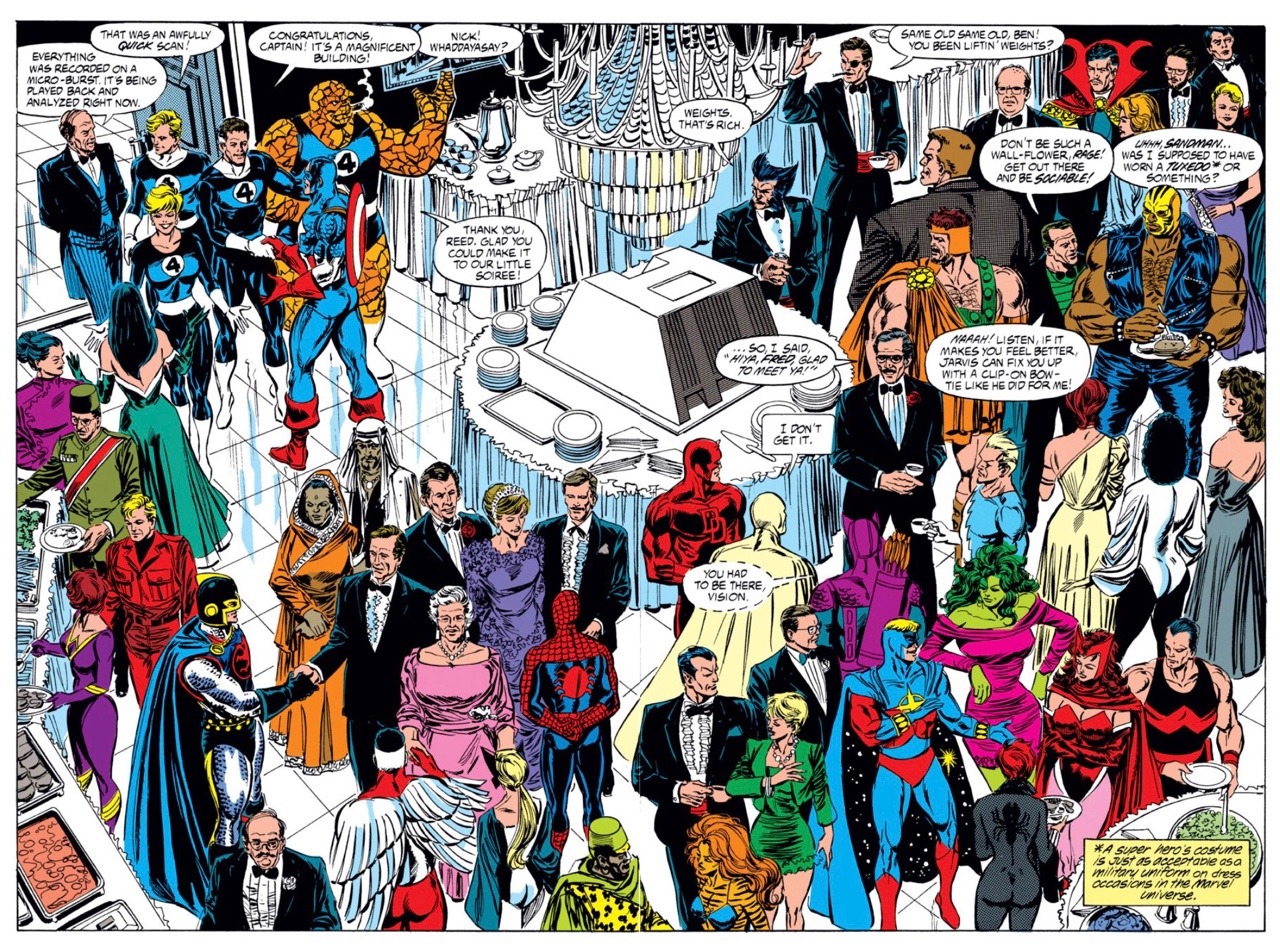 Larry Hama’s run ends with a party to christen the rebuilt Avengers mansion, with guest stars galore.  I recognize George Bush, Prince Charles and Princess Di, and a joke-teller that looks suspiciously like Stan Lee.  Also Nick Fury, Wolverine, Sandman, Dr. Strange, the Fantastic Four, and some other non-Avenger guests.

Yeah, it’s definitely Stan.  And Reagan’s there too. 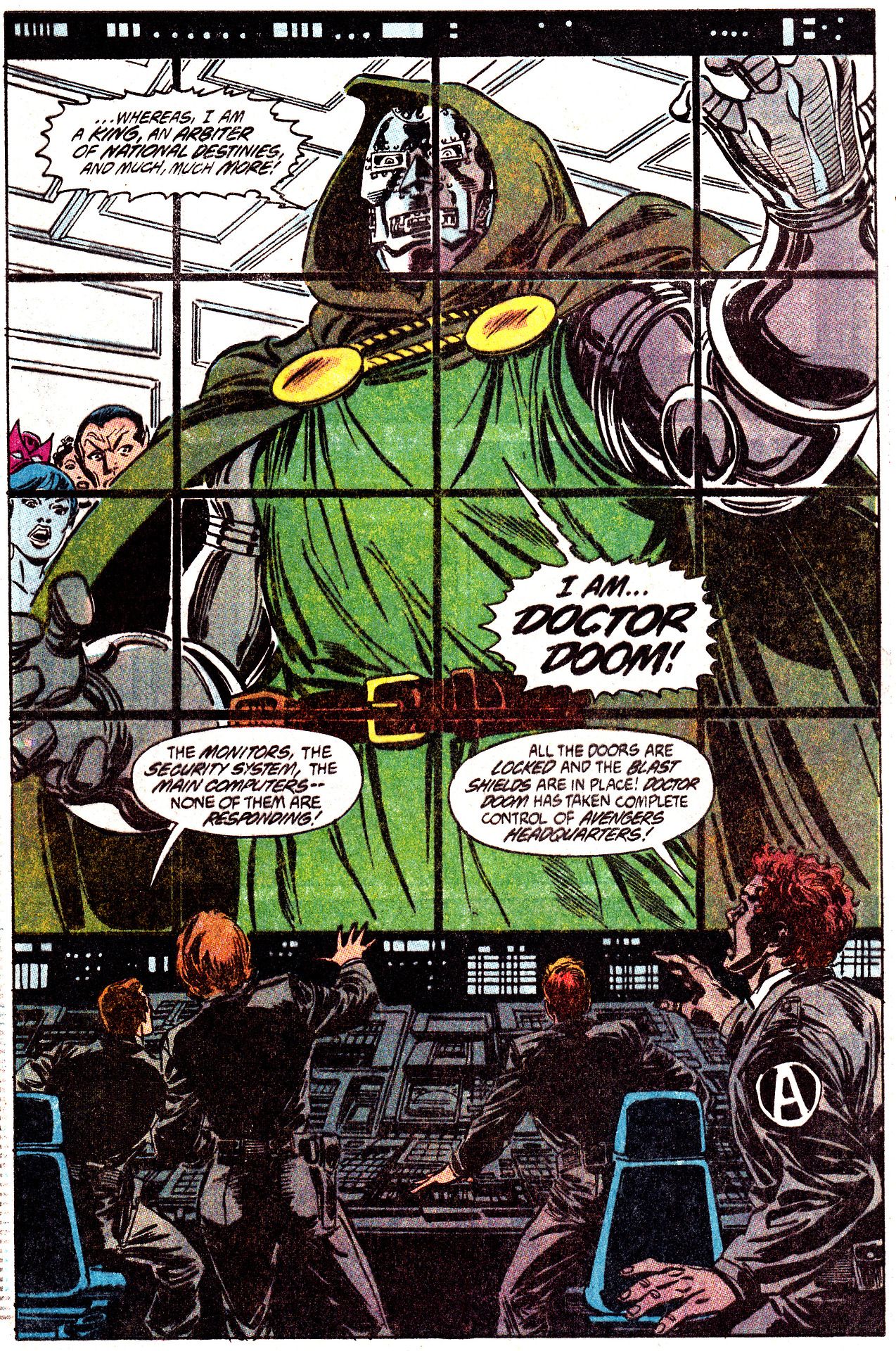 Then, it’s everybody against Dr. Doom for the rest of this story.  Rage gets joybuzzered. 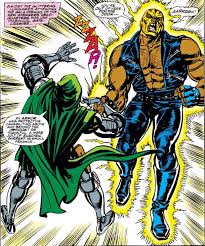 Because he threw a cupcake in Doom’s face. 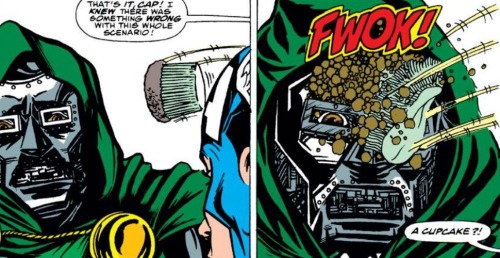 It’s not very good.  And he turns out to be a Doombot anyway.

So it’s not a great story, but if I was ending my run on a title I’d probably want to throw a big party and write a bunch of characters I didn’t get to write yet.