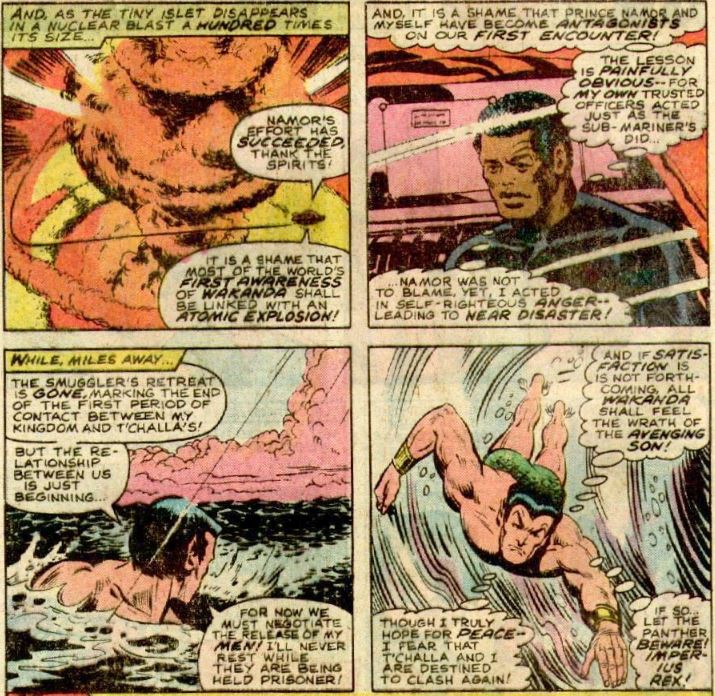 Rogue Atlanteans and Wakandans are engaged in arms smuggling, so Black Panther and Namor have to overcome their respective egos and issues and work together. 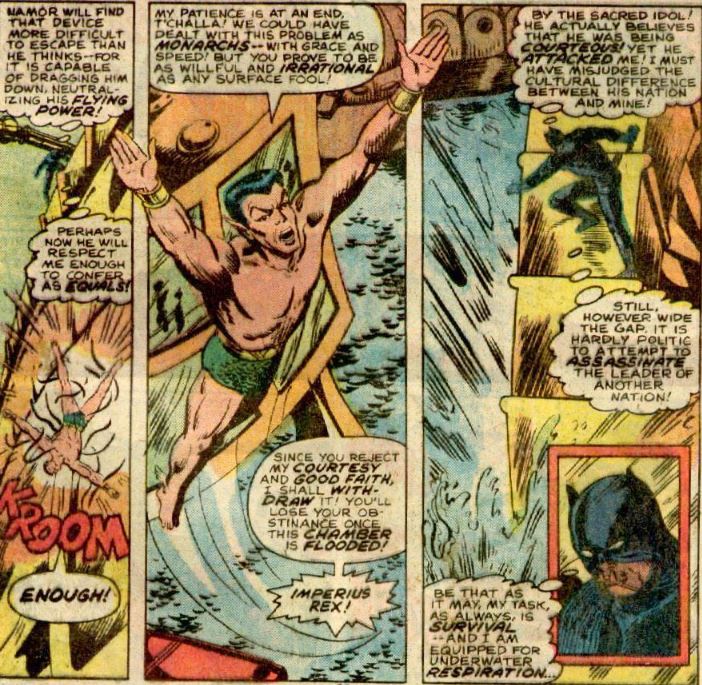 And it involves the assassination of another nation leader. Black Panther is written to be almost as much of an egomaniacal asshat as Namor.  And then there’s Dr. Strange, who acts henpecked by his very hot, totally devoted girlfriend Clea. 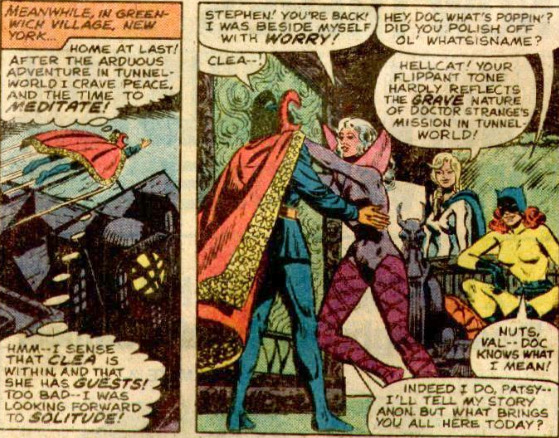 Very poor appearances for all three, but at least Namor is in character.

And to make a bad comic even worse, the ultimate enemy is Mandrill, who is also written with the same exact personality.

This is an example of just how bad Hannigan’s Defenders run could get.

Even Jimmy Carter can’t save it. 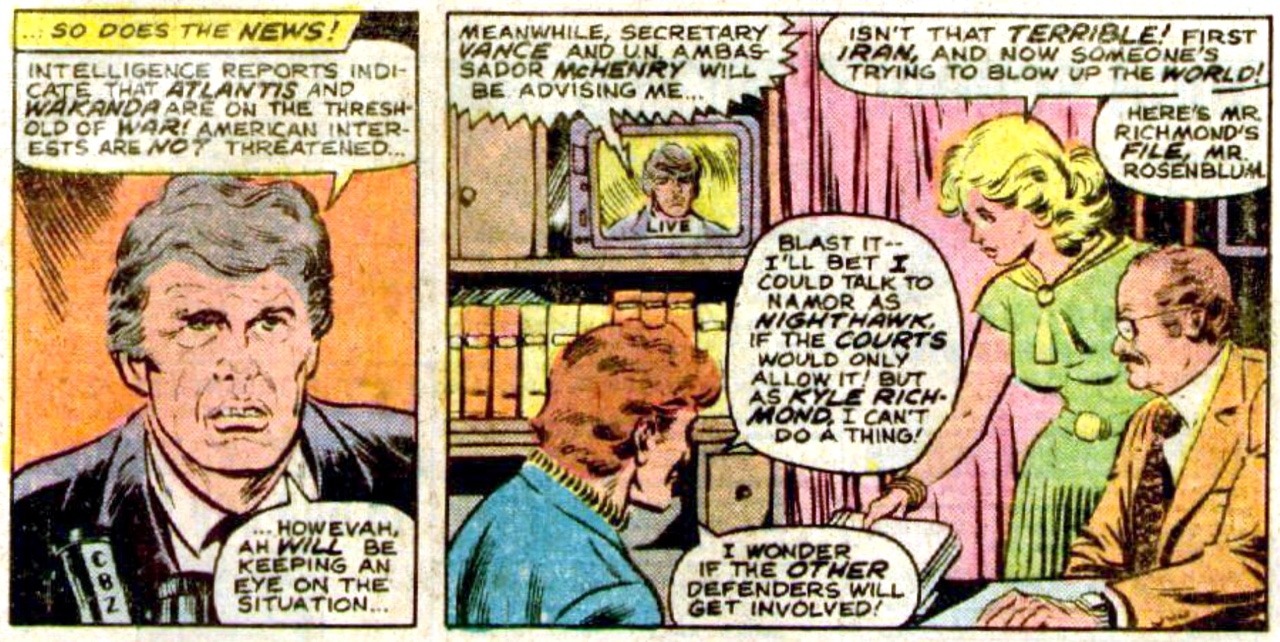 Creators: Ed Hannigan and Don Perlin
Grade: D-
For the complete history of the MU, year by year, go here