“All is right in the heavens for Thanos possesses the six Infinity Gems.”  A terrific splash page for a terrific issue. 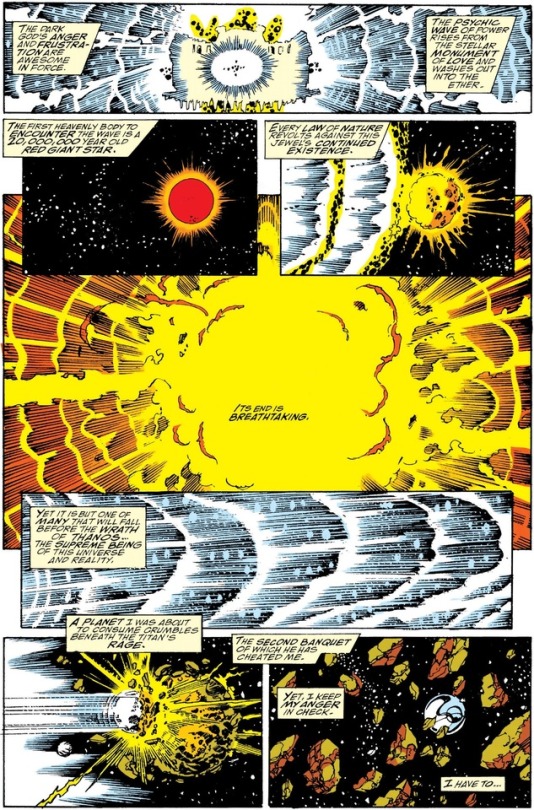 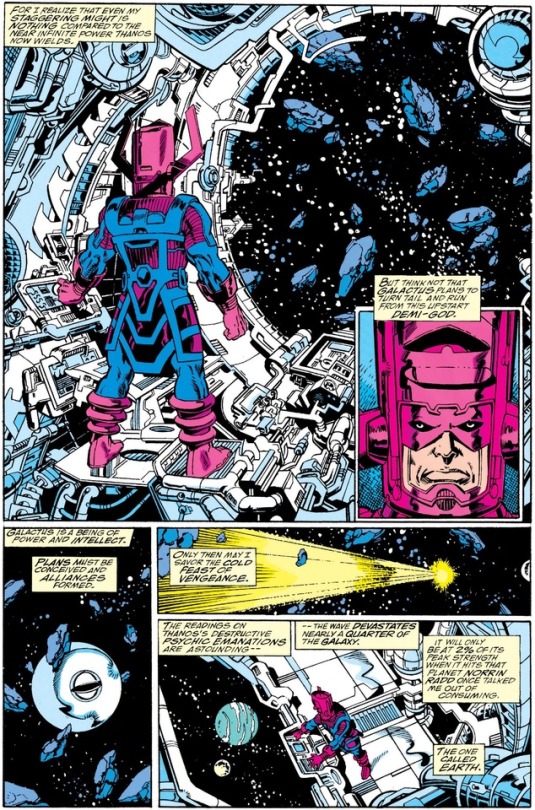 Things start to heat up and we see just about every (and even some villains—like Dr. Doom) start to notice the threat Thanos poses as he attempts to win Death’s love by wiping out half of the population of the universe. 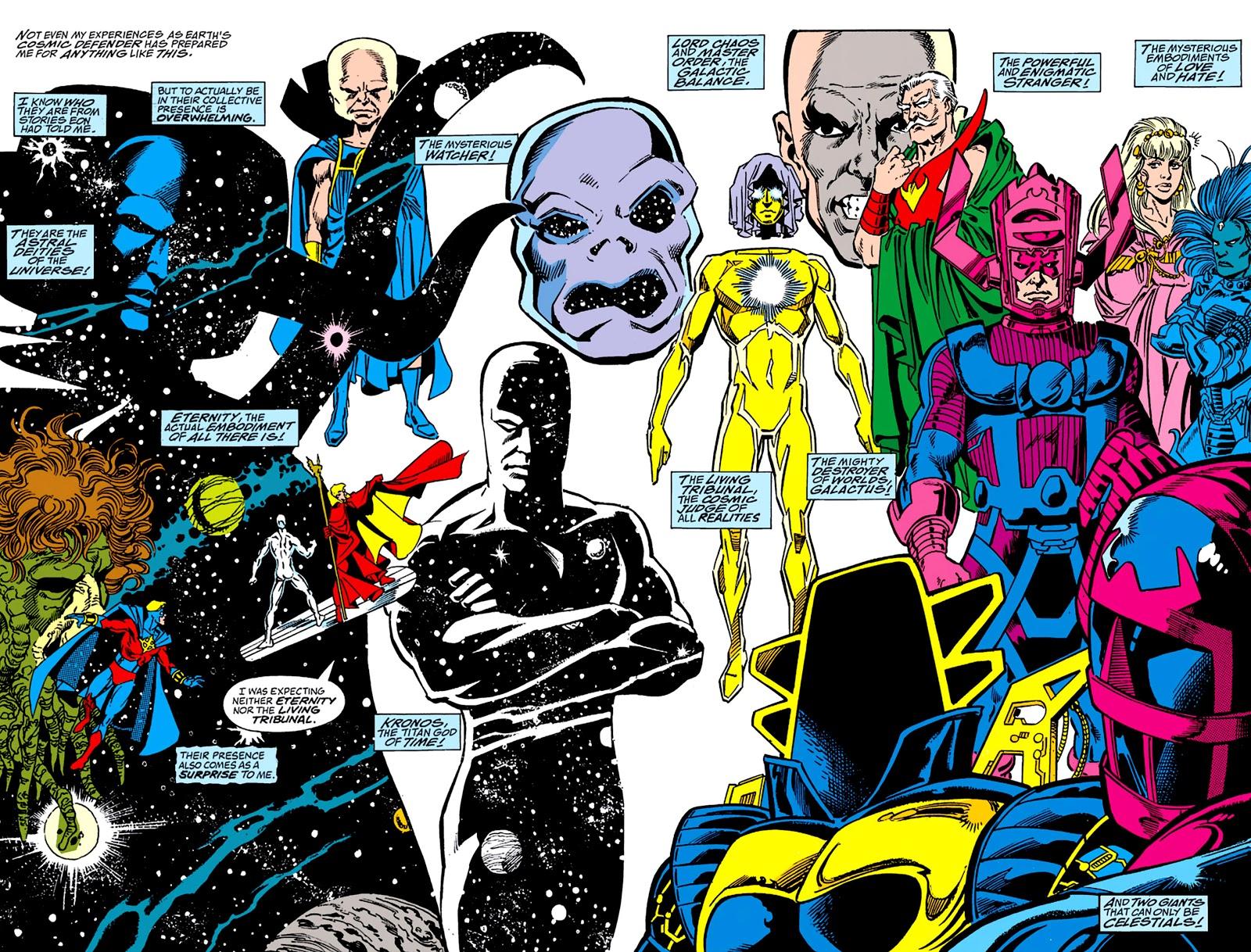 The cosmic entities are abuzz, and heroes are disappearing from the snap… Dr. Strange is trying to get Dr. Doom on board, which leads to a nice debate with Adam Warlock. 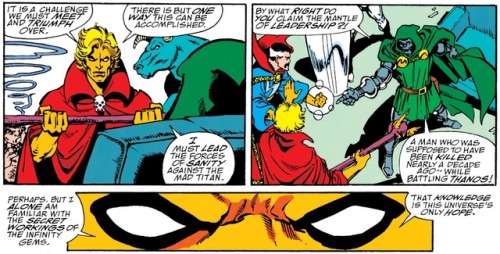 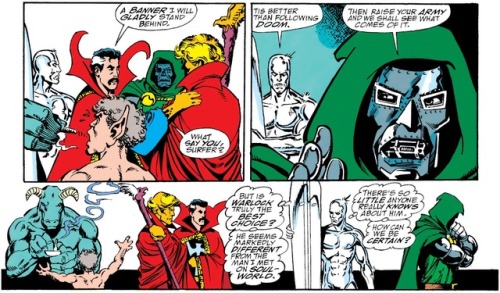 This is a slow boil, and this issue is mostly simmer.

Also some great moments with Eros, aka Starfox—a character who is pretty much awful unless he’s being written by Jim Starlin (or Dan Slott in She Hulk).  And we get an Alf appearance during a nice little Pip interlude. Remember him, from Adam Warlock’s comic? 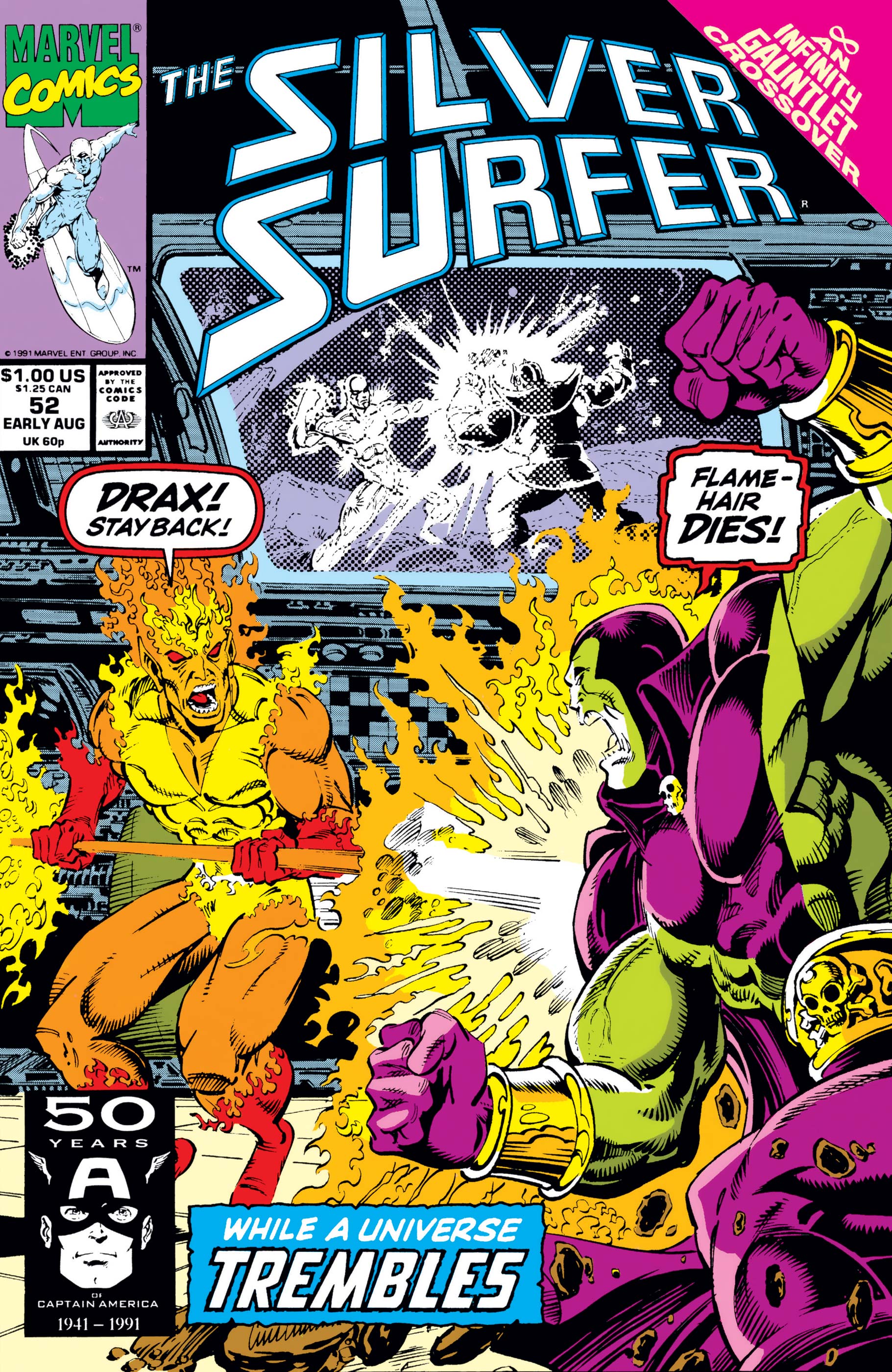 Silver Surfer Vol. 3 #52-54.   Like the other tie-ins, this isn’t must-read stuff, but it’s very good.  Silver Surfer is banished inside the Soul Gem by Thanos. 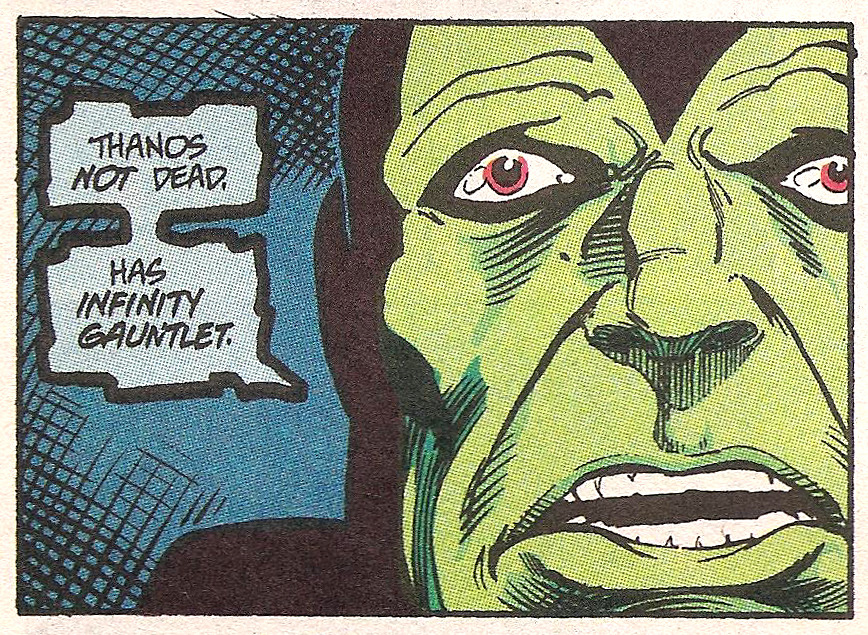 Issue #52 has a fantastic Firelord/Drax fight.  Drax is still crazy, which is the cause of the fight.  Issue #54 has Surfer inside the Soul Gem, fighting Rhino.

The disappeared go here, so it’s got lots of other guests, too.