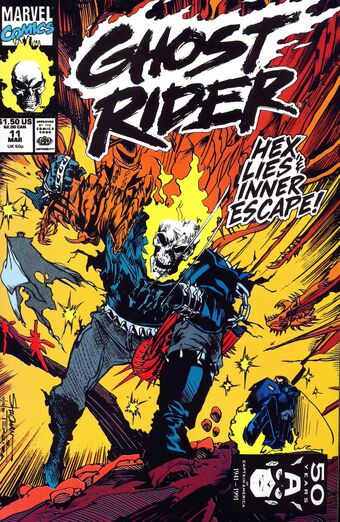 Introducing a Ghost Rider crossover certainly made these issues of Doctor Strange more readable.  It starts with GR#11, and I included the cover above because of the title: Hex, Lies and Inner Escape.  Very nice. 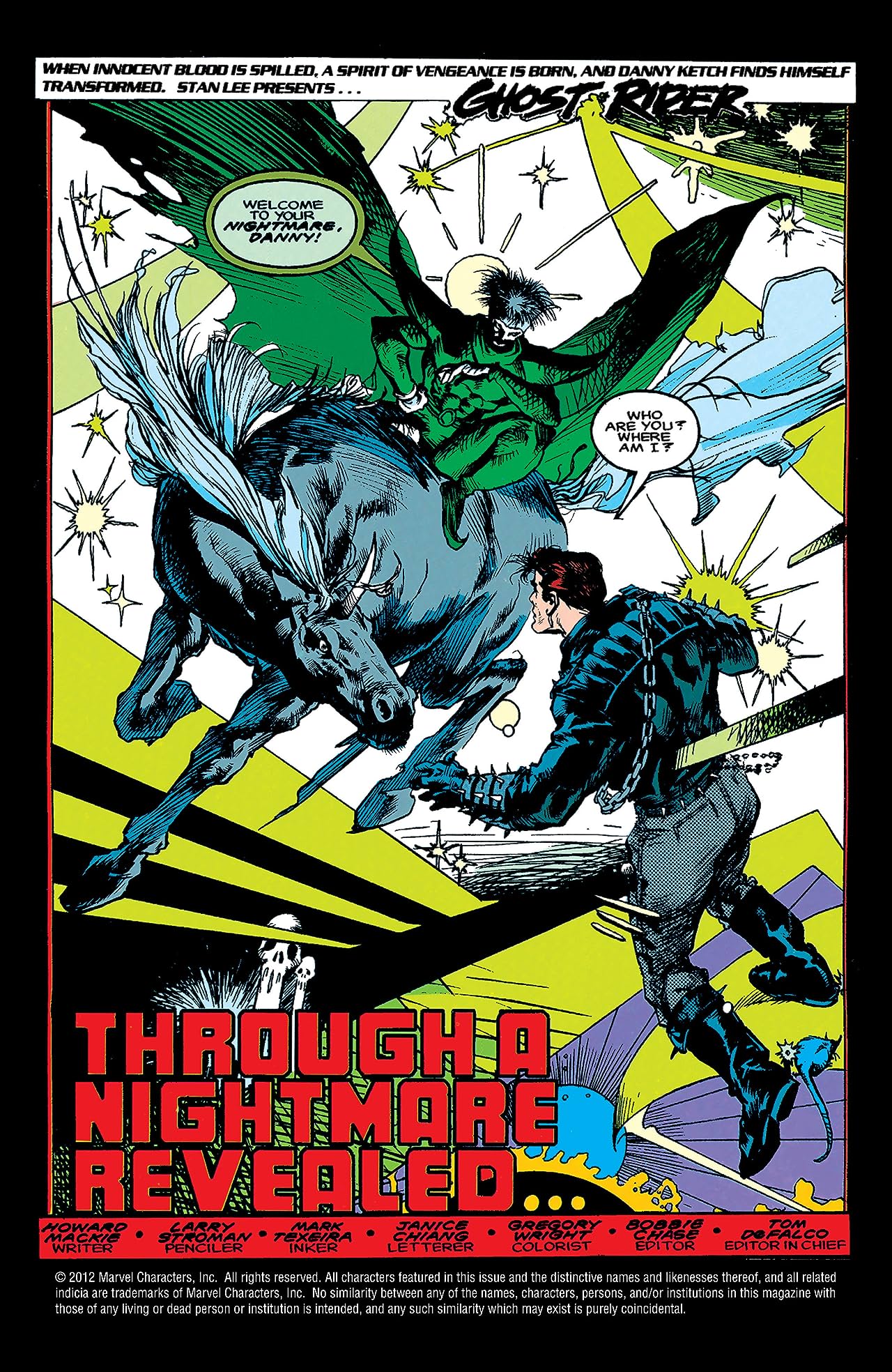 Danny Ketch has been struggling with his new identity as the engine for Hell’s vengeance, and now we see Nightmare is haunting him as well. 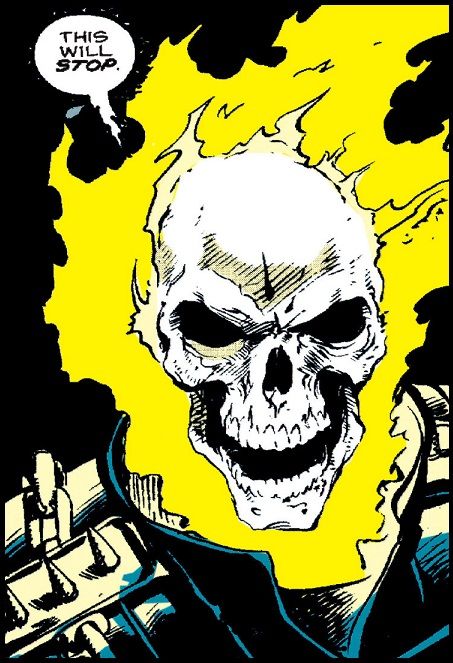 He’s looking for Zarathos, the demon who haunted Johnny Blaze and is the source of the Ghost Rider power.  There’s a re-hash of the Johnny Blaze origin story and his ultimate separation from Zarathos, and then Ghost Rider claims not to have those memories, indicating he is not Zarathos. 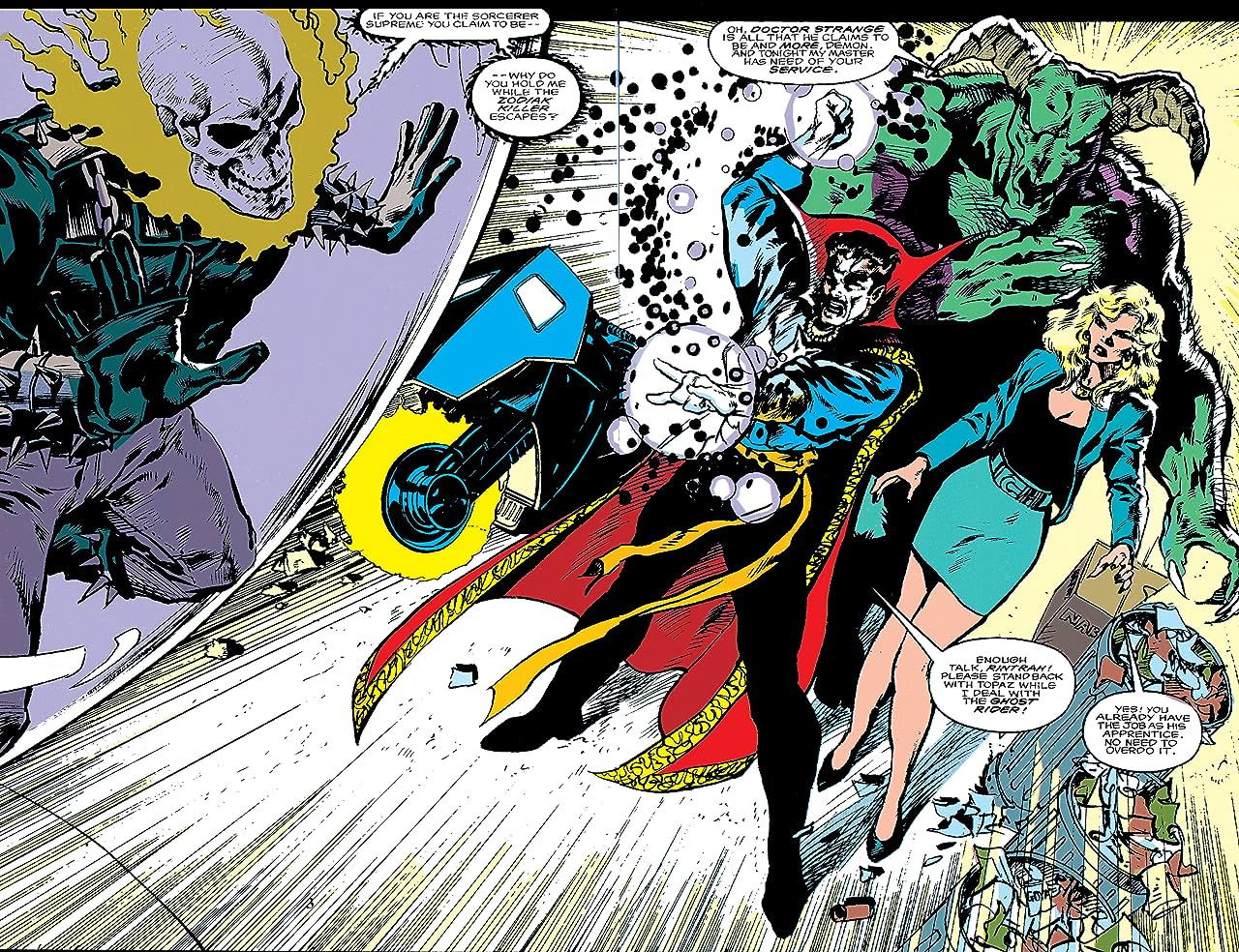 That’s when Dr. Strange shows up.

Strange and his entourage figure out that Ghost Rideris, in fact not Zarathos.  At that point, Strange’s pals Rintrah and Topaz shuffle off—taking on undercover identities. Ghost Rider has no sense of humor.

From there, Dr. Strange and Ghost Rider team-up against Zodiak and learn he works for some demons, who they then face head-on.  Strange needs some of Ghost Rider’s flames so his apprentice Topaz can exorcise his brother, Baron Blood, and after their little adventure, he gets some and goes back to his own comic.