Gargoyle is taken to Afhanistan where he is enslaved by a Mujahideen priest.  Seriously.  In 1984! 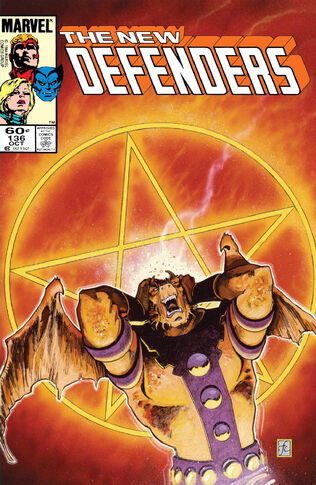 Check out that awesome cover by Frank Cirocco. 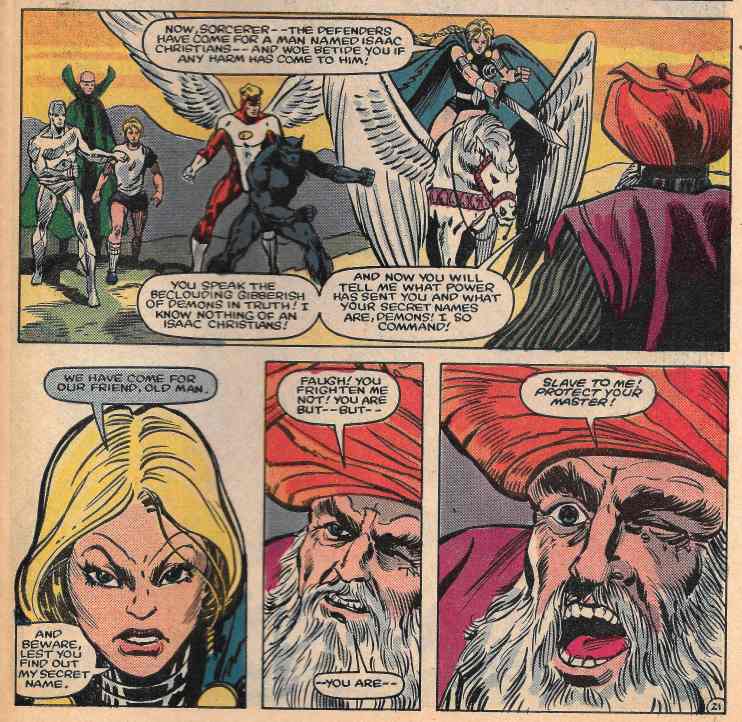 The Priest is able to manifest new, much greater power sets for Gargoyle.

The team goes out to rescue their friend.  They save him, but he is severely injured in the process—including losing his hand. …When Beast uses Valkyrie’s sword, dragon fang, to cut it off.

And if that isn’t enough…. I don’t know who thought of the idea first, but both Alpha Flight and Defenders gave smart-but-powerless women the roles of team leader.  In this case, it’s Candy Southern—Beast’s girlfriend.

These issues give us a deep dive into Moondragon’s background.  She killed a dragon who killed everyone on the planet Titan before The Eternals and Thanos lived on it, and that dragon seems to have some kind of mystical hold on her—like it always looms in her subconscious and might someday consume her. They also help Red Wolf fight off some Asgardian monsters who are invading his reservation.