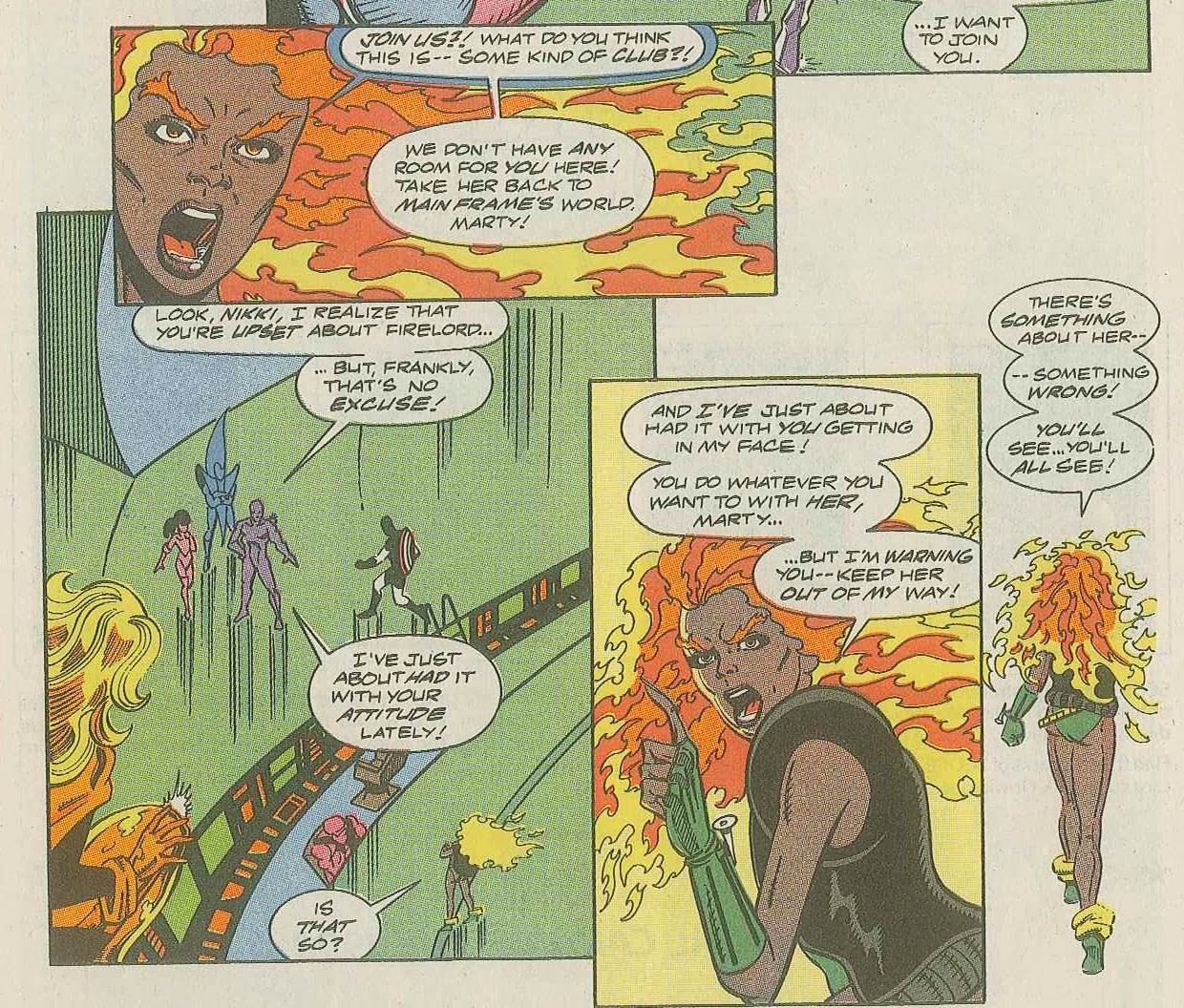 Again, I’m not sure how much of these stories–about the ORIGINAL Guardians (not the movie stars)–are actually canon. But for what it’s worth, issue #12 introduces “Overkill” (unimportant) and #13-14 have a future version of Ghost Rider. 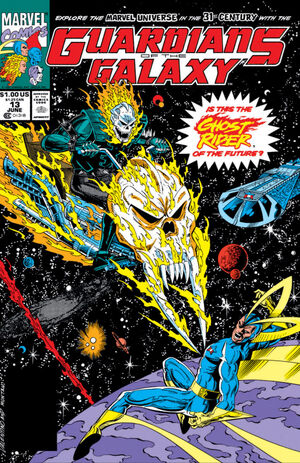 Which proves two things: 1. Ghost Rider still looks cool in space.  2.  Alternate future comics are not immune from the “must have Ghost Rider, Punisher, Spider-Man or Wolverine” on the cover editorial edict of the 1990s. 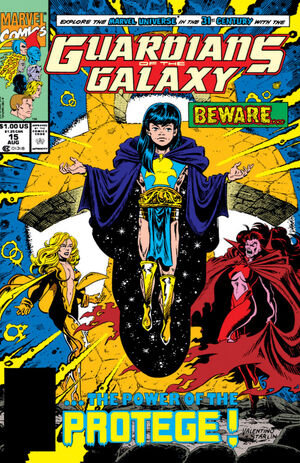 After that, it’s a story about a character called “The Protege” that really should have been called “The Prodigy” because it was about a little kid alien with Godlike powers.