It’s in these issues that the event kicks into high gear.  Madelyne Pryor is dressed in black and completely off the rails, seducing Havok and watching the Empire State Building start to “grow.”

There’s definitely some implied butt sex in that panel.

The manifestation of inorganic matter in NY City will be a thread that will carry Inferno across a bunch of unlikely books, like Daredevil, that usually don’t cross-over with mutant events.

Also, N’astirh shows Madelyne that the reason he’s taking babies is to do a kind of pod-people thing, growing clones, and we learn that Madelyne herself is a “primary replicant” and Mister Sinister is her daddy. 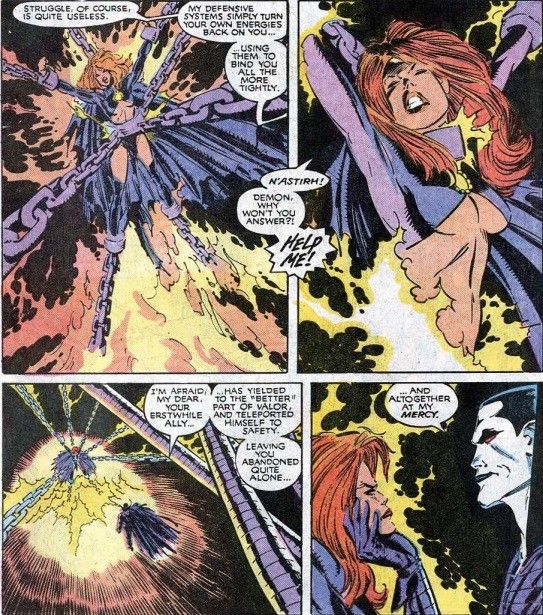 Meanwhile, the X-Men track down the Marauders.

Remember them from Fall of the Mutants?  Just another Claremont dangling plot!

Even ones that were killed are back alive, presumably replicated, and we get a big fight scene, which includes Polaris throwing Colossus (using her magnetism powers) in a reverse fastball-special. 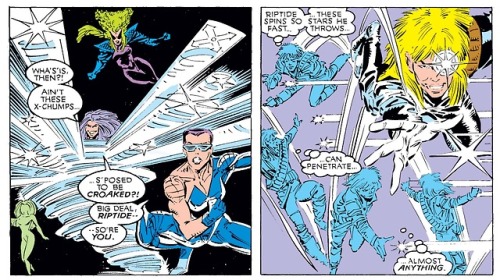 But the X-Men beat them pretty easily. 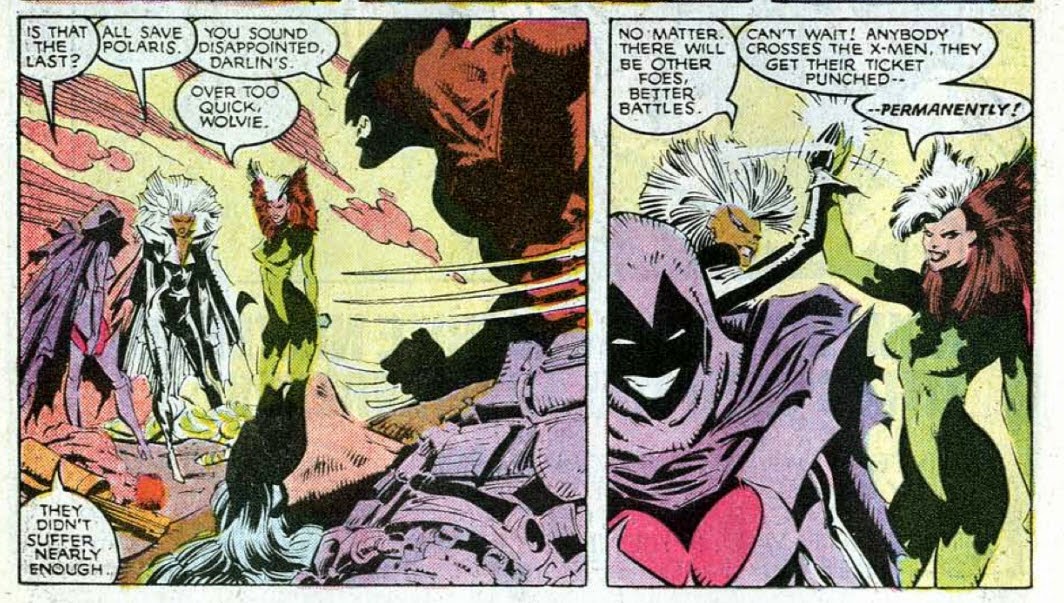 This battle is in New York City, so the X-Men also experience the “living city” event.

Like a fire hydrant getting revenge on a peeing dog.

During the X-Men’s adventures, Sinister does the classic “evil monologue” while holding Madelyne captive, telling her that he expected her to manifest Jean Grey’s mental skills, but apparently his cloning process was imperfect.  Then, he thought maybe he could get her to manifest Phoenix powers.  But, when Jean Grey returned to life from the bottom of the Hudson Bay (in Fantastic Four #286), Sinister became worried that the real Jean’s psychic powers would “find” Madelyne.  Not wanting to be discovered, that was when Sinister sent the Marauders to the hospital to kill Madelyne.  So that attack finally makes sense.

Madelyne breaks free from Sinister’s custody, and, holding her baby, threatens to burn the world down—killing all mutants and ruining Sinister’s goal to have mutants take over the Earth.