3-D Man doesn’t matter, but here he is.  Chuck Chandler was a rocket man spacecraft was blown up by Skrulls.  Chuck’s brother Hal, distraught at the loss of Chuck, finds that as he watched the explosion, his brother’s image embedded on his glasses, in red on the left lens, in green on the right.  He observes that this coloring is just like the filters used for 3D movie glasses.  Hal puts on the glasses, and Presto!  Chuck appears, half green, half red, with abilities three times beyond those of normal men. 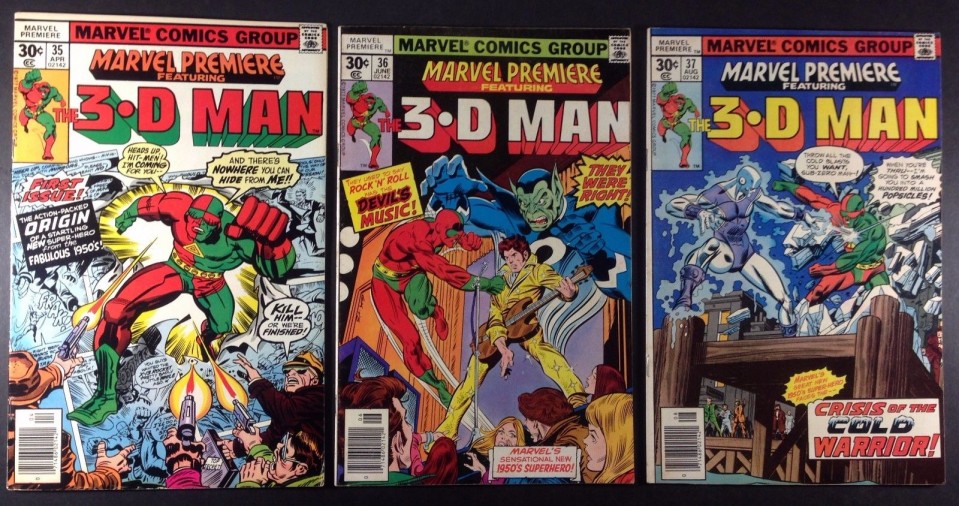 His super power also includes thrusting his crotch at villains. 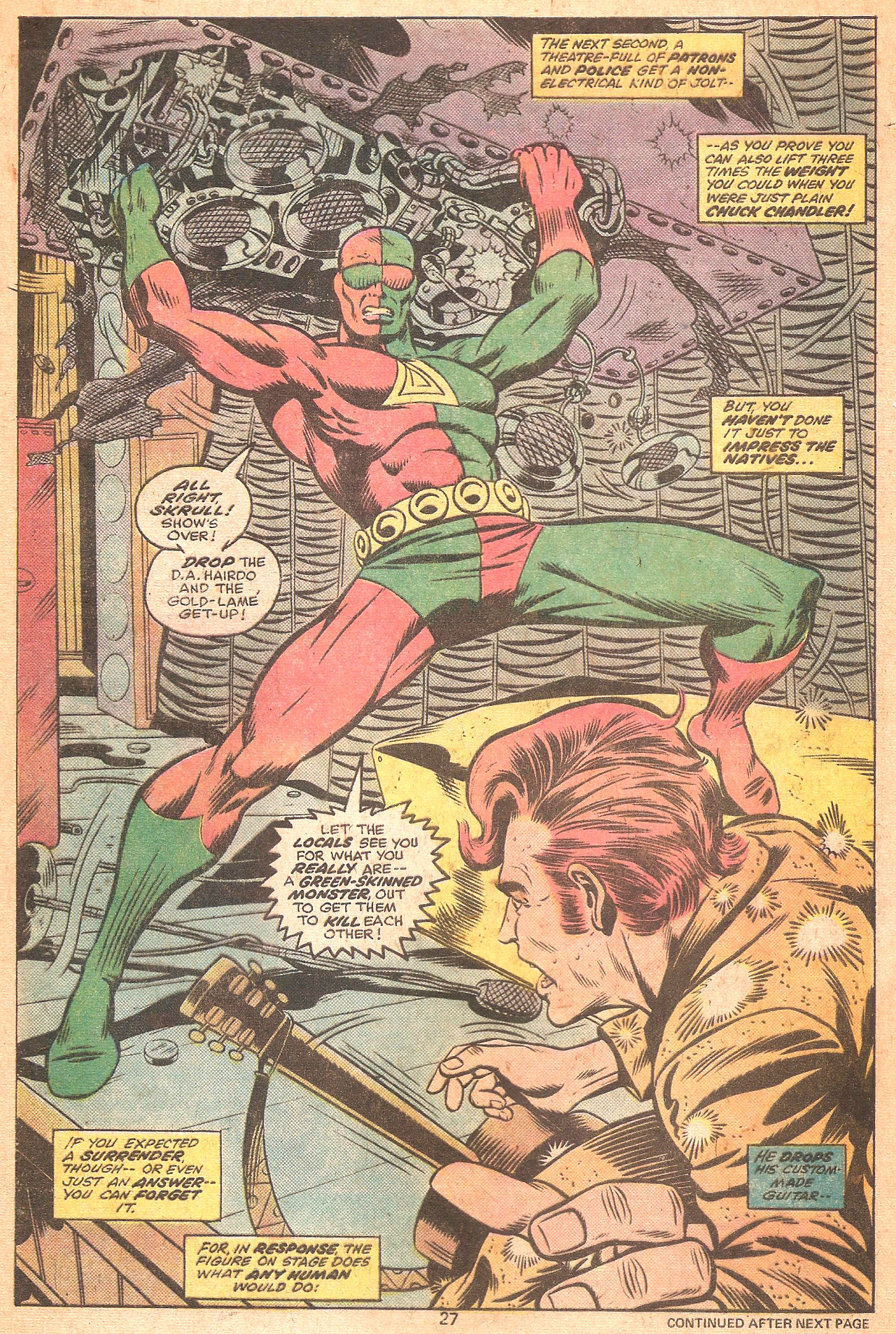 The story took place in the 1950s, before the advent of the Fantastic Four (and Ben Grimm is mentioned in the book as a test-pilot of known repute). 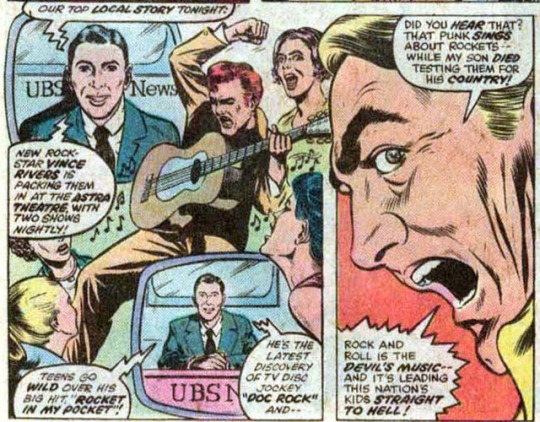 Popular musician Vince Rivers is managed by a skrull, unbeknownst to him, who replaces his ampifiers with devices that make his music drive people literally crazy.

Bad book, but Marvel really tried to make it work.  They even hyped it in a house ad. And even today, people remember him through cosplay. 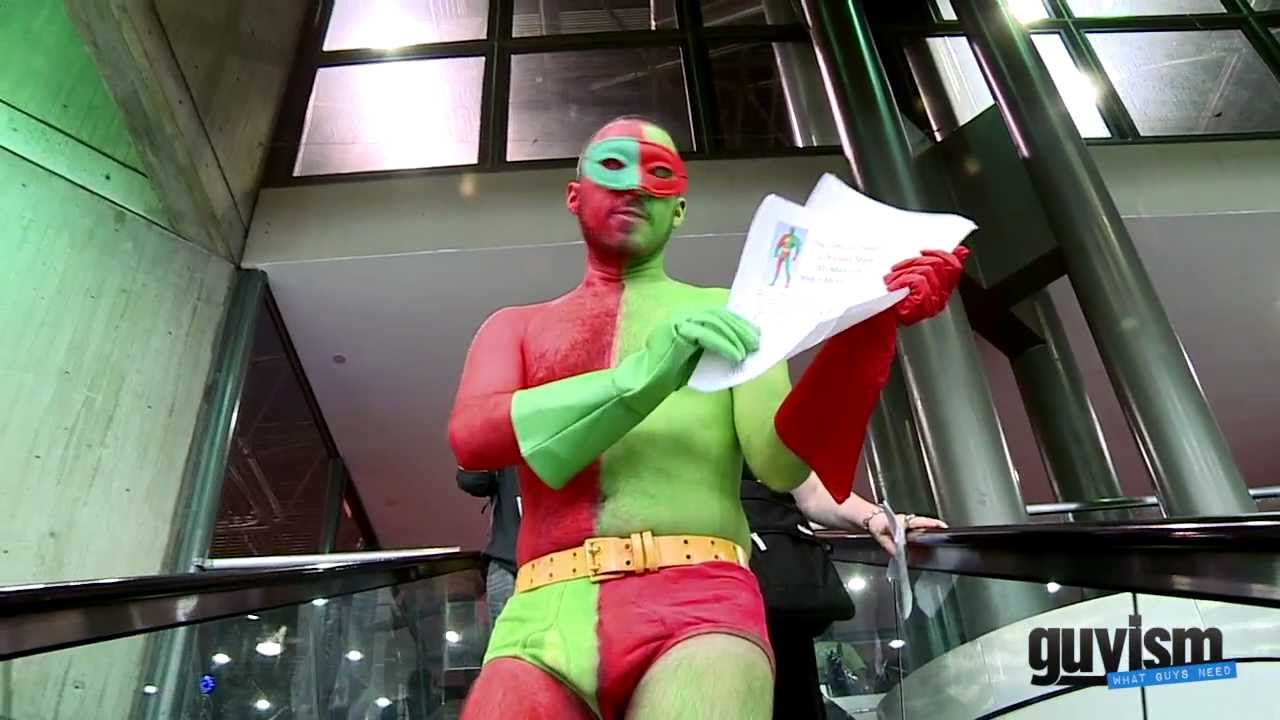 Creators: Roy Thomas and Jim Craig
Grade: D
For the complete history of the MU, year by year, go here.