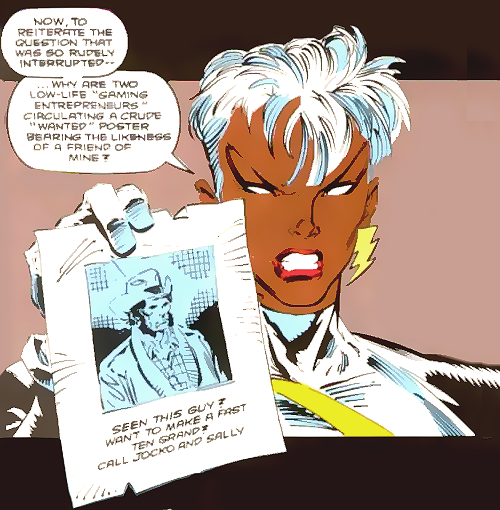 It starts with Storm breaking up a gambling ring that is looking for Wolverine.  They say he’s been robbing their games in the company of  a little girl.

The little girl turns out to be the cyborg Elsie Dee, created by Donald Pierce last arc, and the Wolverine is another robot–like a life-model-decoy–who Elsie created. 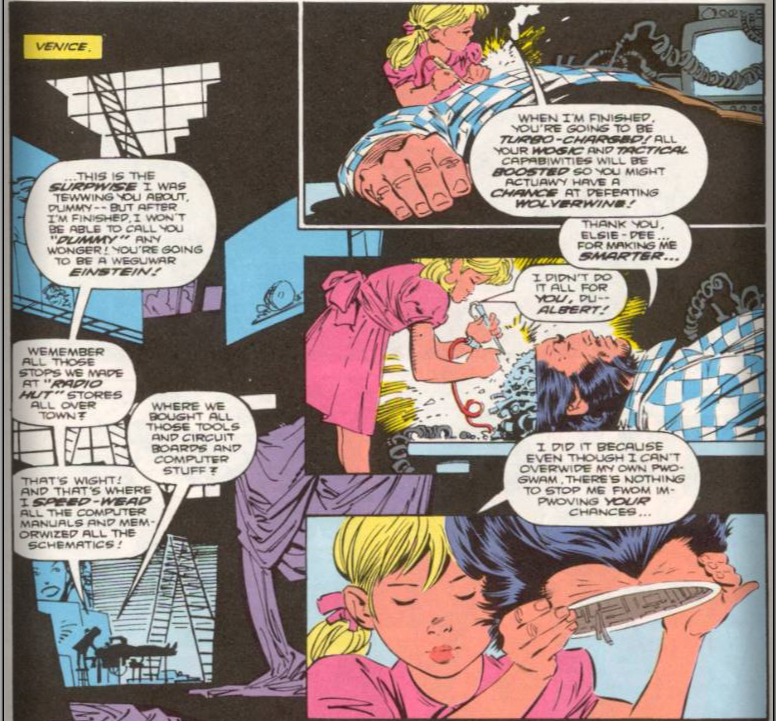 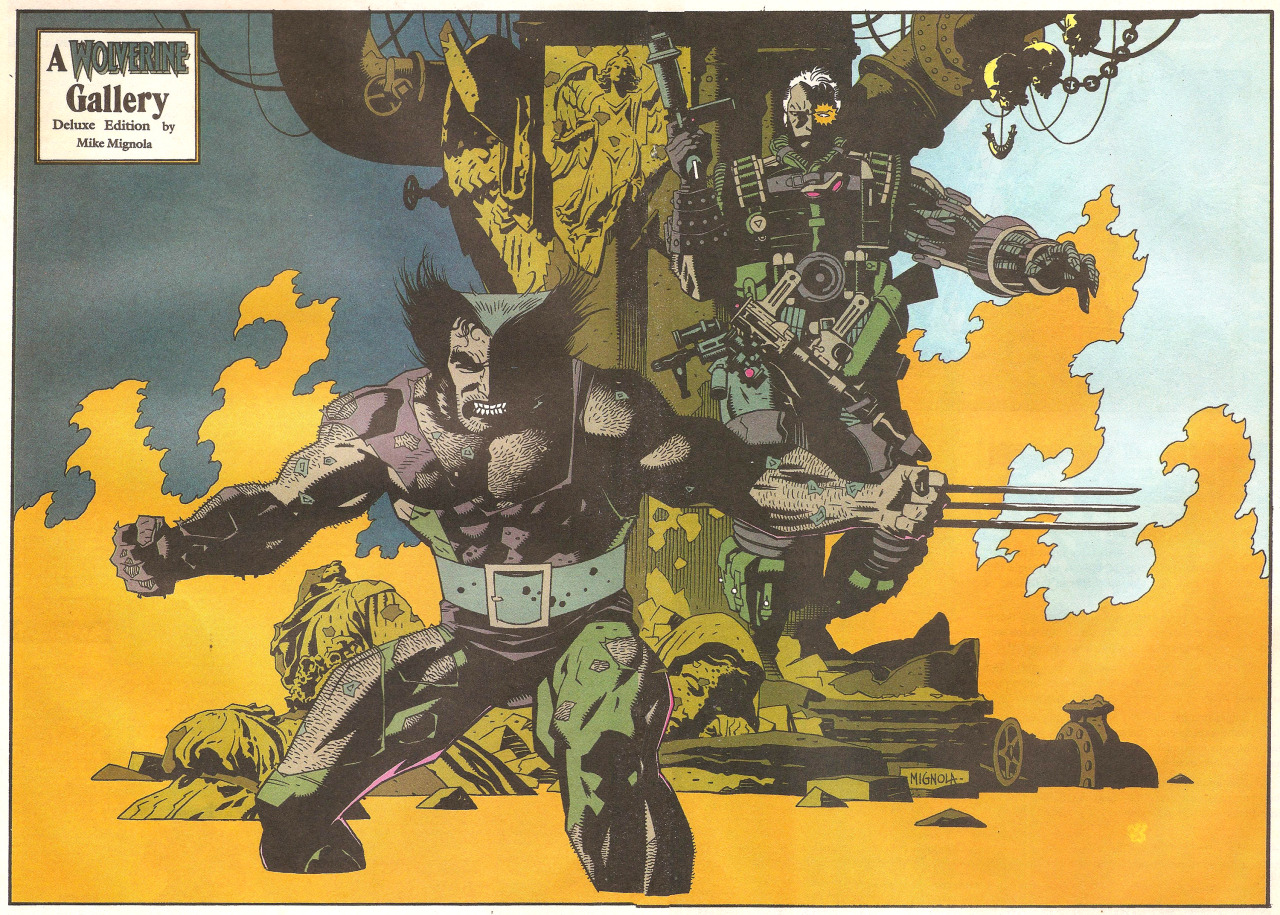 The rest of these issues feel like a series of short stories tied together by Elsie Dee’s complicated relationship with Wolverine.  Her baby talk is really annoying. 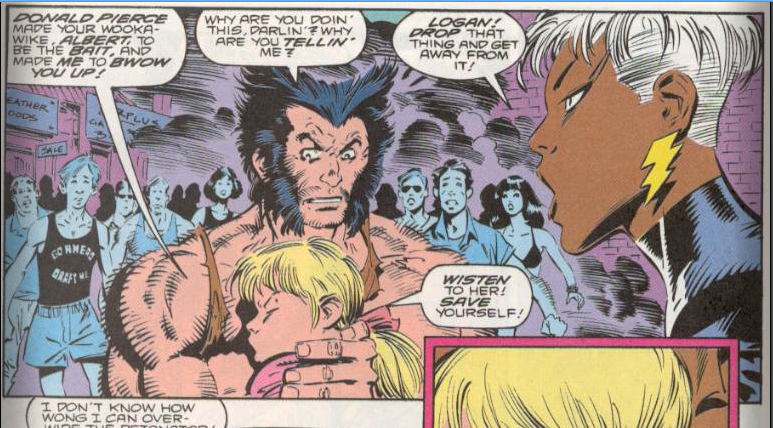 He likes to be a father figure, and she’s now intelligent so, according to Storm, she’s a form of life they shouldn’t kill.  The military hunts them down and they hide in the sewers where they meet Sabretooth and Morlocks.

Cable gets involved too because, you know, it’s the 1990s now. 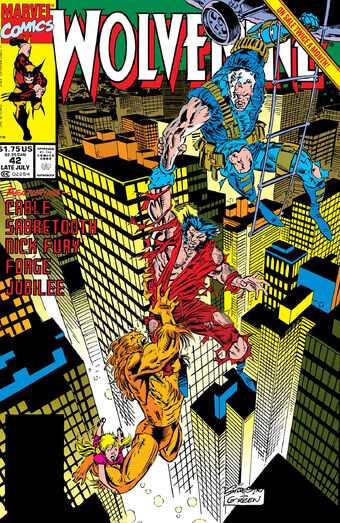 And also Nick Fury.  Then there’s a weird interlude at a zoo.

I’m telling you, it’s a bizarre, very loose arc.  It’s got a lot of characters in it but it feels like a random series of cameos and violence.