I’m pretty sure The Defenders was the first team to have more than two women on it at a time, and in this issue it’s the boys versus the girls.  Hypnotized boys of course.

This was David Kraft’s first arc.  Before this, he was a music journalist, fanzine writer and editor of FOOM.  He wasn’t as weird as Steve Gerber, but he was close: He had a heady, intellectual approach to comics but unlike Gerber he did so with lots of action and “bigness.”

The mixture of rock and roll and comics fell right in line with Gerber’s legacy–since Gerber wrote two KISS comics and often inserted song lyrics into his scripts.

Dr. Strange quits in this issue. 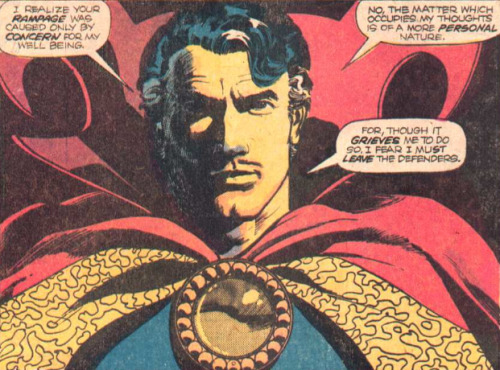