Note: From here through #284, the FF issues all flow together.  I’m breaking these into a pair because the start and resolve a Dr. Doom arc.

Kristoff is living in Castle Doom and becomes aware that the Doctor who is with him is just a Doombot.  Valeria appears in flashback. 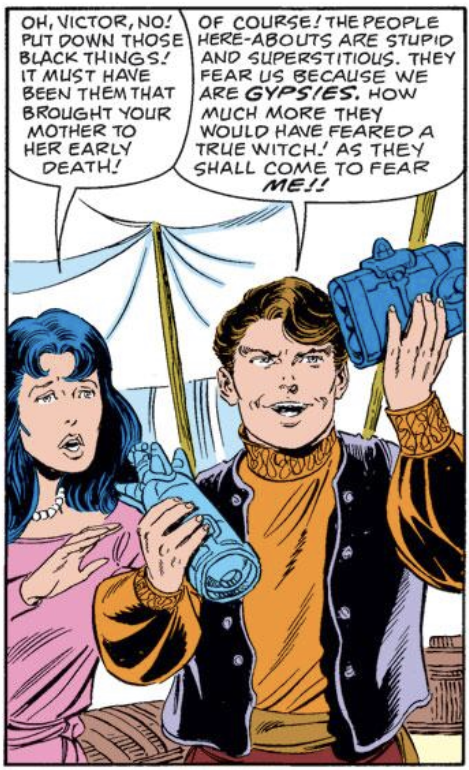 The panel above says Doom died in FF#260, but he actually died in Secret Wars.  John Byrne appears to be eschewing “event” continuity in favor of his own—which I like, but it’s ironic because the subplot in these issues is setting up a Secret Wars II tie-in.  Incidentally, the tie in wont matter much, so once again Byrne is allowed to gloss over the Jim Shooter-mandated event.  This is the also the story where we learn that Doom programmed his ‘bots to believe they were really him.

So what we get is a controversial and generously detailed retcon of Doom’s origin in which  we see Victor Von Doom’s face after the explosion that scarred it.

A relatively small scar–and his face is mostly unmarred.  Byrne then tells us that Doom put his mask on hot, Which is what really caused his face to be disfigured. 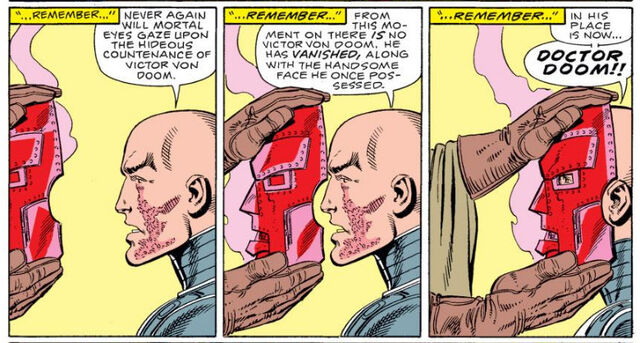 The issue of Doom’s scarred face has been unanswered and explored differently by many creators over the years. This is the first time we get something definite.

I read somewhere that Jack Kirby always wanted Doom to have a minor scar, but Stan wouldn’t agree.  (At right is a sketch Kirby did in the 1970s showing his vision of Doom’s visage.)

Because they couldn’t agree, you only saw Doom bandaged up.

Here, John Byrne offers both origins: First we see the Doc with a trivial scar, similar to Kirby’s preferred depiction.  But then Doom puts his mask on before the molded metal cools, thus horribly burning and disfiguring him forever.

There are many folks who found Byrne’s claiming control over the ling-standing mystery to be disrespectful of the legacy.  As for me, I really like the way he handled it. It says so much about the character that a small scar caused him to create even bigger scars out of ego and vanity.

Back to the plot: Kristoff meets an army of Doombots, who then implant the boy with Dr. Doom’s memories and personality.  With that, he embraces the role of his master and kidnaps the baxter building.

Doom/Kristoff then blows up the building in space, and the team go to Latveria and defeat Kristoff.

Kristoff, like the Doombots who “programmed” him with Dr. Doom’s memories, believes he is the real thing. 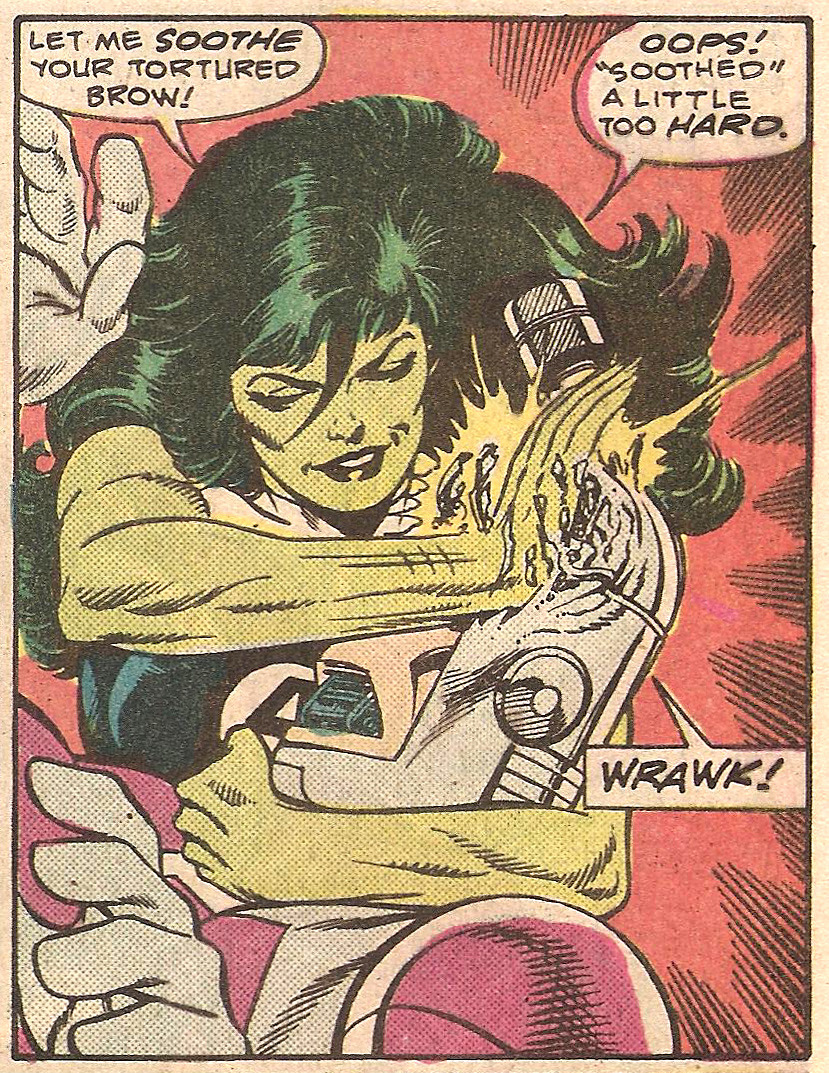 There are cutaways to the story that will become the next arc, but I will handle those in the next post.

My only real complaint with these issues is Jerry Ordway’s inking.  Byrne’s “look” is so distinct, but Ordway takes a lot of the special-ness out of it.