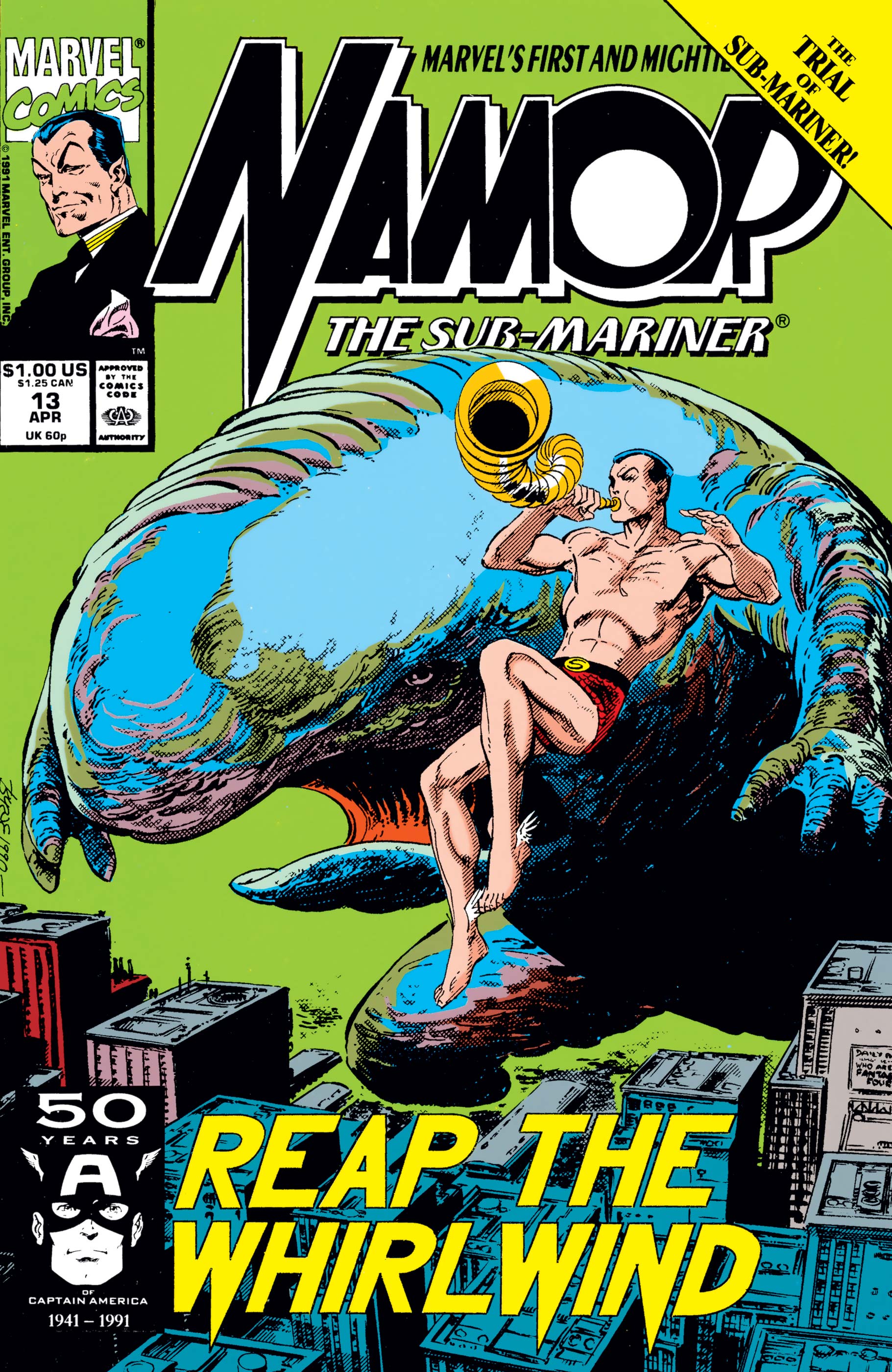 I had totally forgotten about the old “Namor is getting sued” plot-thread, but John Byrne remembered it. This issue is one long courtroom drama that goes through Sub-Mariner’s long history (nice seeing it re-drawn by Byrne), some heroes giving flashback testimony, and culminating with him being sentenced to 100 years probation(!) 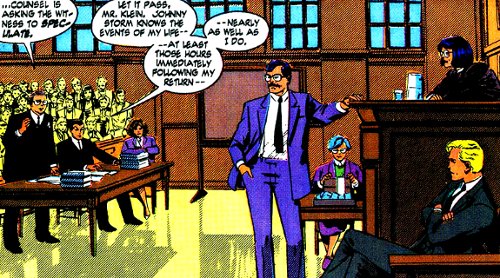 Then at the end, as part of the ongoing Danny Rand plot-thread, they dig up his coffin and find he was never buried…