We’re almost done here, and that’s good because MTIO has for the most part been on the south side of mediocre for over a year.  In this one, he teams up with ROM to fight some Dire Wraith witches.  In the course of it, we learn that ROM’s Neutralizer can turn Thing back into his human form. 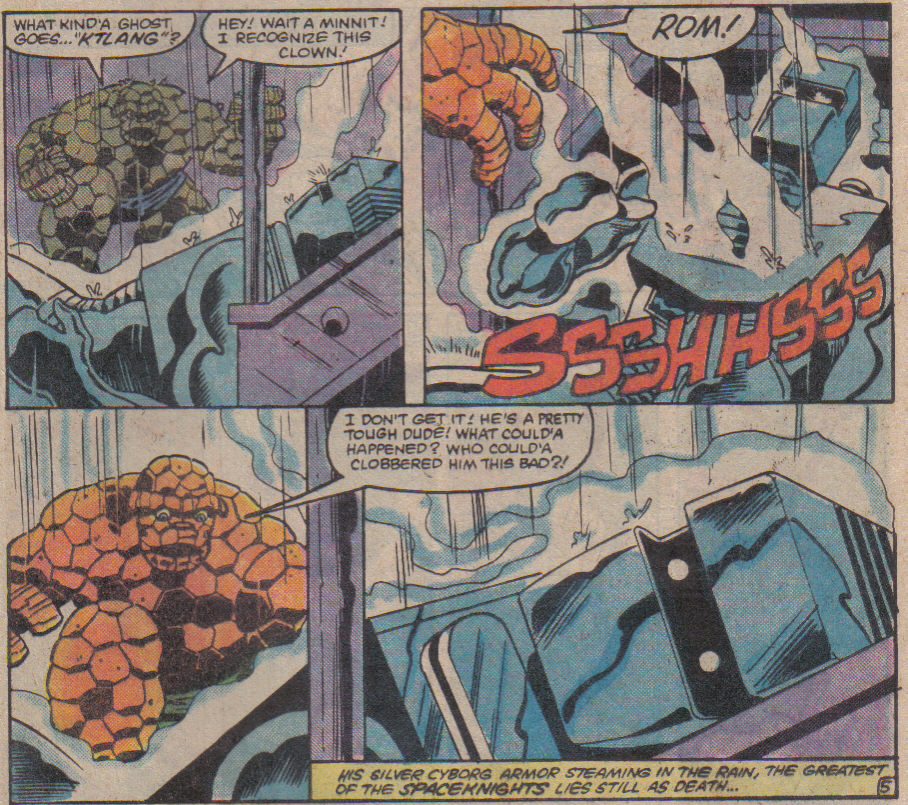 Inexplicably, Ben Grimm is upset at being human again.  I know we’ve seen this happen at least once before, but it seems like whenever he’s rocky, he wants to be human because he doesn’t think Alicia can be satisfied by a rock-man, yet whenever he’s human he thinks she only wants him because he’s rocky.  It’s also annoying that even as Ben Grimm he pretty much is superhuman.

Marvel 1983, Marvel Two-In-One, Rom the SpaceKnight, Thing (solo and appearances not in Fantastic Four), Thing is "cured" or mutates
Tweet Pin It