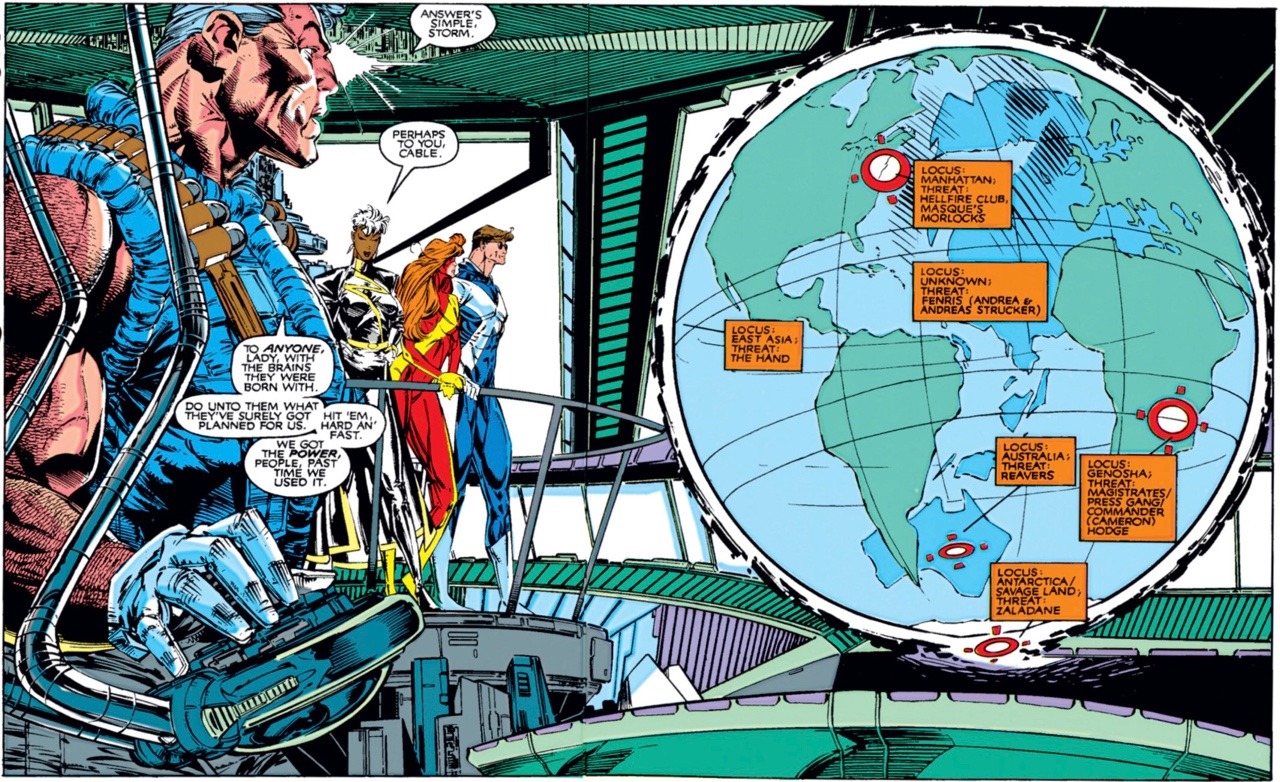 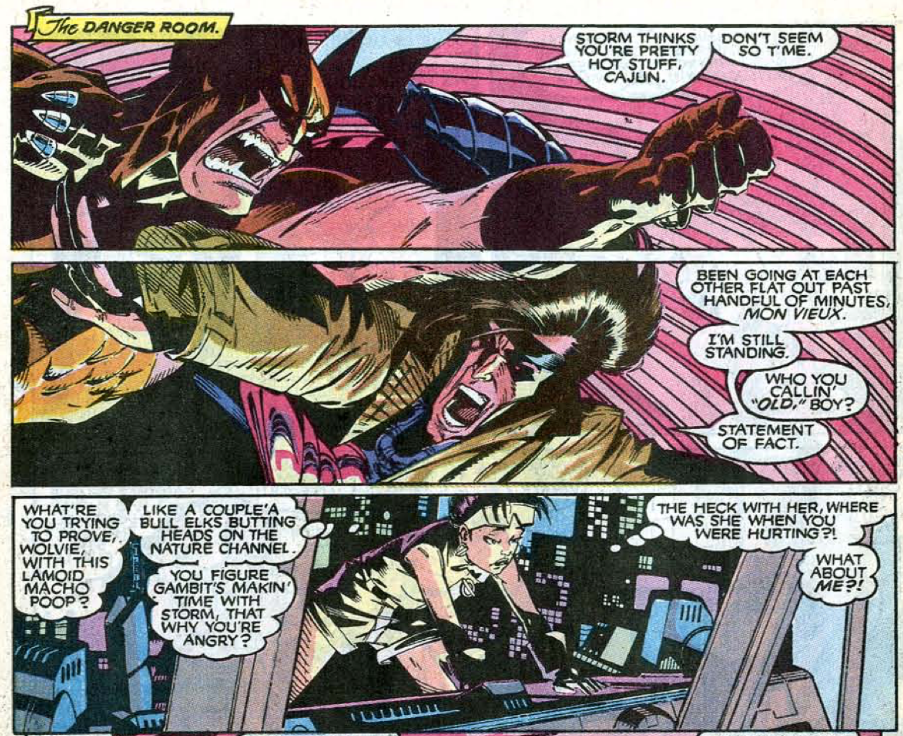 What a better way to launch a big X-space epic?

The teams of mutants are staring at a globe together, identifying known threats.  This is kind of a way to let readers know that Marvel hasn’t forgotten all the plot threads Chris Claremont has been dangling.

Cable wants to go to war and fight everything.  Storm and Cyclops want to stay closer to Professor X’s original vision.

For the rest of the jam-packed issue, we get check-ins on the various character developments, including looking for Rogue who has gone missing in the Savage Land with Magneto.  Issue #174 is devoted to her adventures there, and it features a May/December romance… 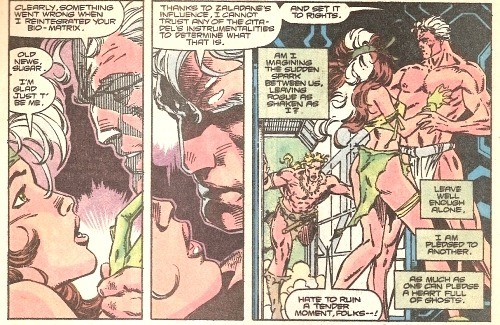 Eeeeewwwwww.  Throughout these issues, Rogue, Magneto and SHIELD fight Zaladane (and the mutates Magneto created way back in the 1960s) in the Savage Land.

During it, I think we learn that Shadow King has taken control of the Hellfire Club—but it’s not entirely clear.

Anyhow, during all this, Lila Cheney brings a whole bunch of the mutants out into space. Did I mention that most of the team is now wearing a variant of the X-Factor costume, and that it’s yellow.  Yellow! 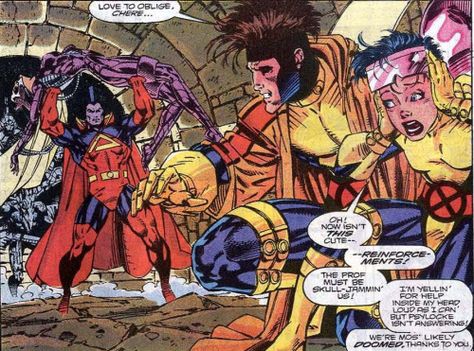 The team fights Deathbird, frees Professor X from the clutches of a band of skrulls, and help restore Lilandra as Queen of the Shi’ar.  Lots and lots of “big” fights.

Once they free Xavier, he learns of the Shadow King threat and figures as Earth’s greatest telepath, his services are needed back home.  He’s been gone for almost a decade of comics, so that’s kind of a big deal.