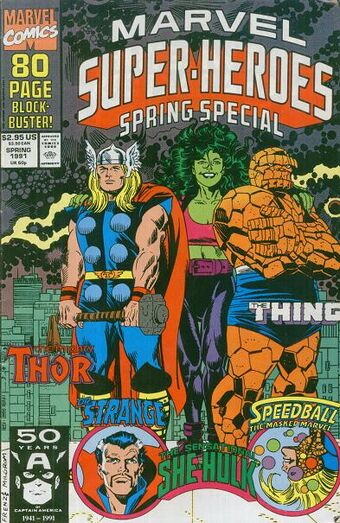 MSH#5 starts with a Thor story. 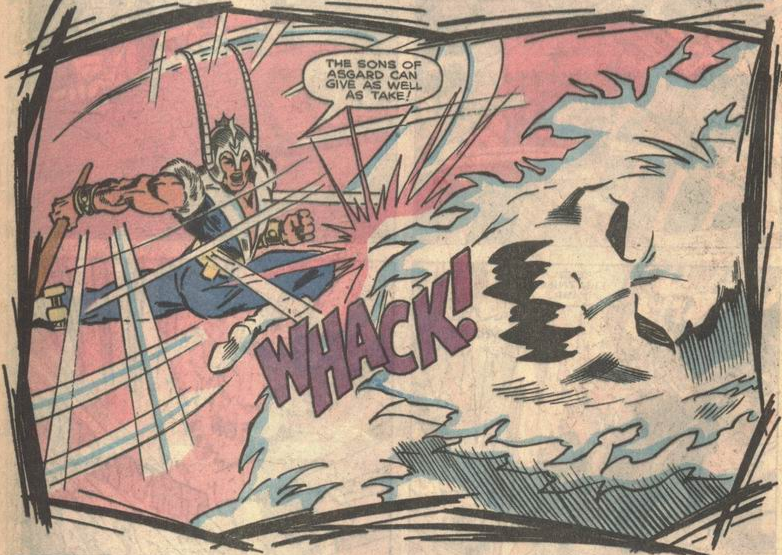 He fights giants in Asgard, alongside his warrior buddies. Then, it’s a Thing story where he’s wearing his black wrestling singlet from the days of his solo book, riding a three-wheeled off-roader chopper, and he’s drawn by Ron Wilson.

Thing’s bike breaks down in a desert town full of mutated freaks who all accept him for the way he is.

It’s about as good as most of the stories from the old Thing comic, which is to say, it’s not unreadable but it’s not something you’d go out of your way to track down.

Next, the inevitable, wholly forgettable Speedball story that has to appear in every anthology comic produced by Marvel.  He fights pirates. 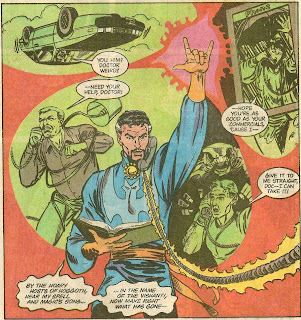 Then, Dr. Strange handles solicitations from a “troll fee” number.  Extra points for the idea of robocallers having mystically annoying powers that include creating a phone the Sanctum Sanctorum that can’t be ignored.

Too bad the execution of the idea is pretty weak.  Still, it gets a C+ just on concept.