So there’s been this little subplot where Kyle Richmond was estopped from being Nighthawk.  In this issue, he gets a call from his lawyer that he’s won the case and wear a cape and tights again.  I have to say: It’s hilarious that a Marvel character intended to be a straight riff off Batman, in continuity, was sued and couldn’t wear his costume.  Just brilliant. 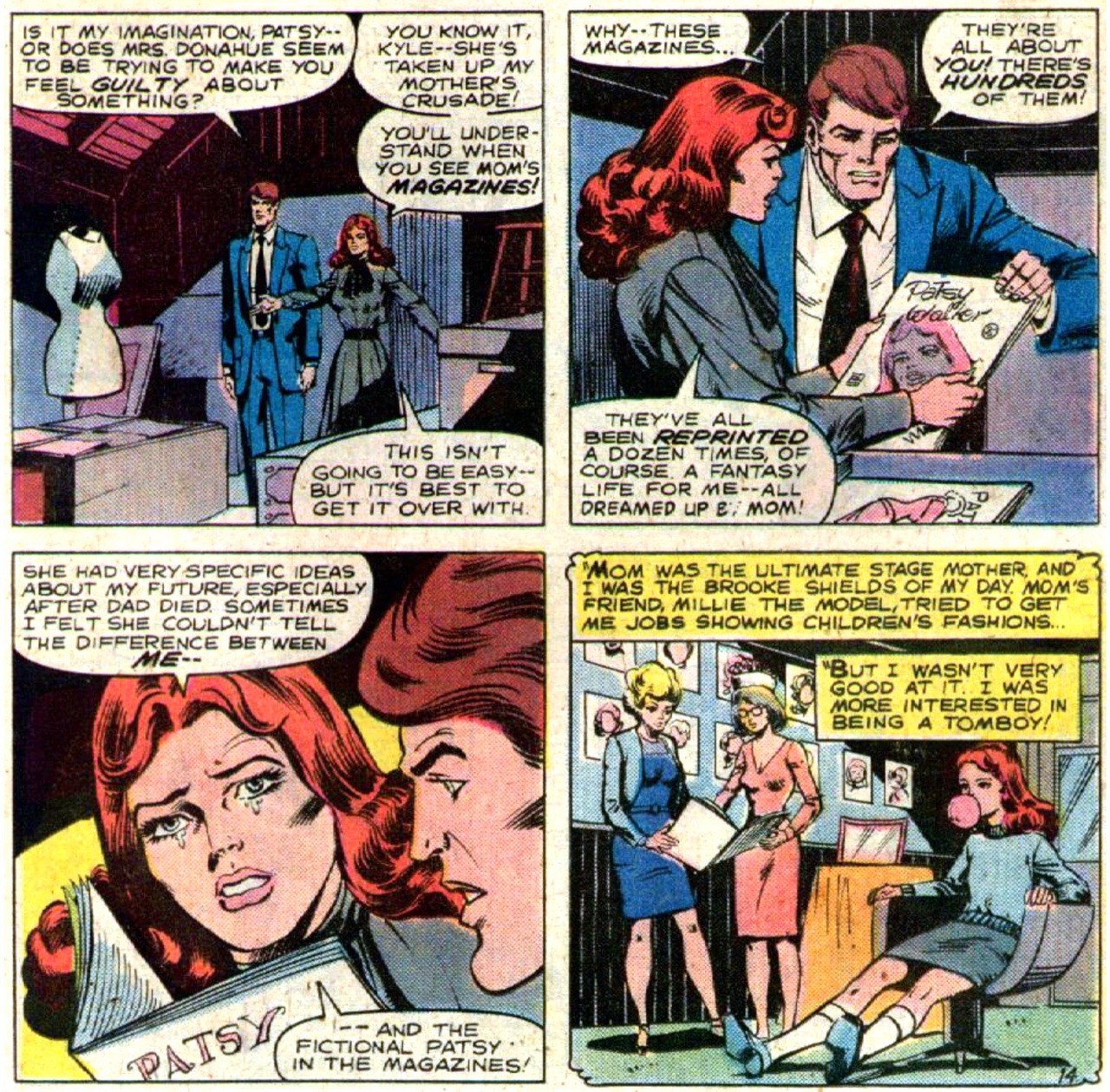 Hannigan also gives us the above gift: Patsy Walker’s old 1950s comic books exist in canon–as comic books!  She was never the actual character in those books–instead, her mom made comics about her.  Nice touch, nice retcon. 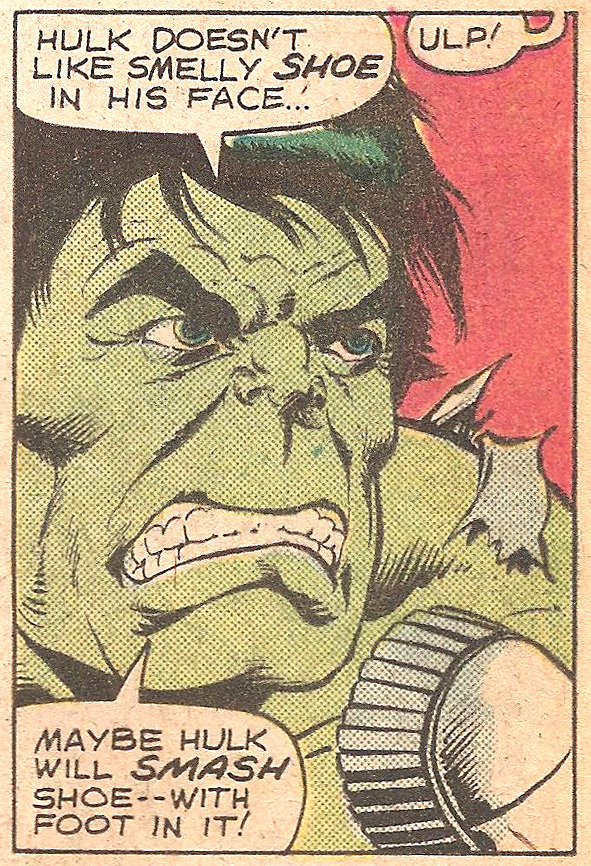 The rest of this comic is…Not so good.  Hulk saves a whale from Russian whalers.

Apparently, Marvel thought that whalers had giant boats that basically scooped the whales into their bellies.  And Hulk knows about money. 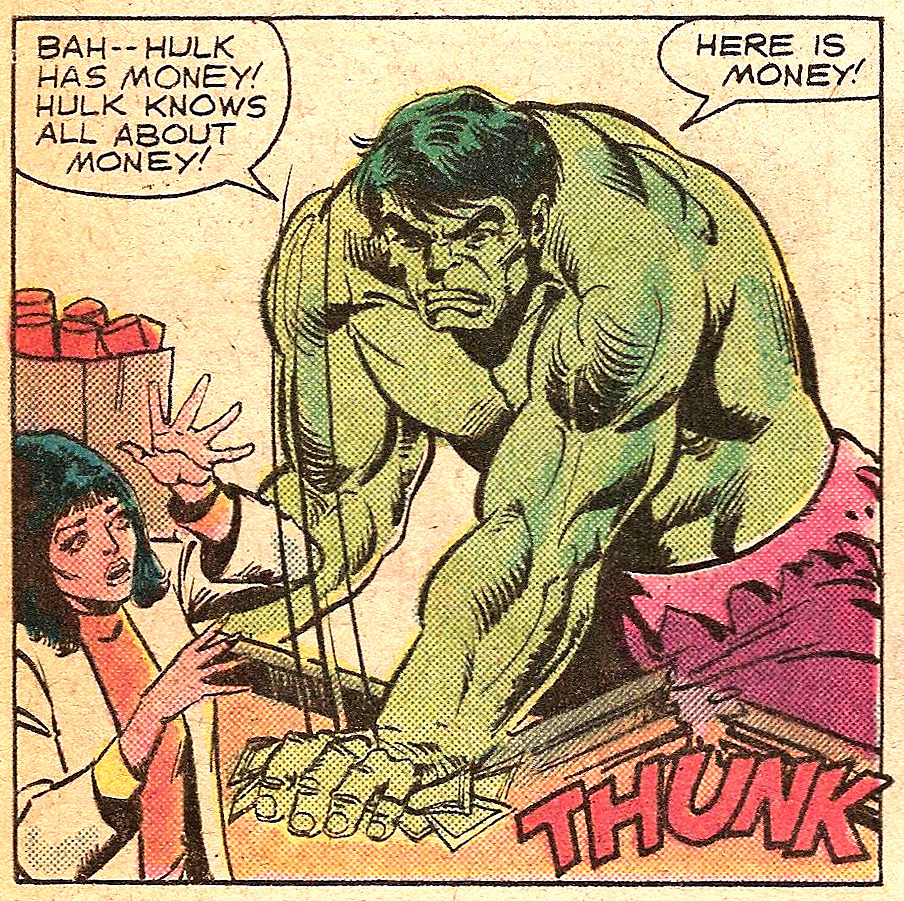 Then, in the end, Nighthawk is being indicted criminally, so he hires as his lawyer a self-professed “super-hero expert.”  Guess who?

And where there’s a Murdock, there’s a Daredevil. 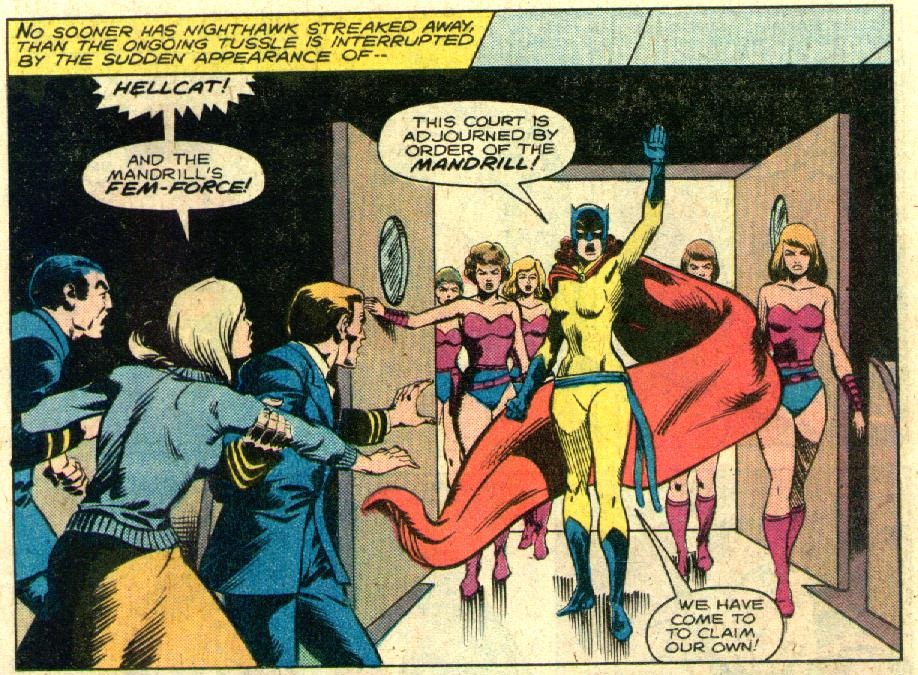 He sticks around to fight Mandrill. Mandrill hypnotizes all the girls.  His “Fem Force” attacks Daredevil, who is hanging around because he’s defending Nighthawk in court.  Meanwhile, Kyle Richmond has lost his fortune so The Defenders move to the suburbs.  We get a map.  Love maps. For beans, of course,  He loves beans.

And he eats a lot in this issue.  Which reminds me of a dumb joke: What’s the difference between a saloon and a Hulk fart?  One’s a bar room, and the other is a BAROOM!

In the end, Mandrill gets shot and it’s not clear whether he’s alive or dead.

This is one of the better Ed Hannigan stories, but it’s still not great.  Fortunately, it’s his last story. The long nightmare of Ed Hannigan’s writing is over, and we get a nice big supergirlhero hug.  Everything’s gonna be fine.  More than fine: JM DeMatteis is next, and that dude knows how to write.