Most of this issue is a fill-in by Steven Grant (which was written years before it actually got published, so it involves an older iteration of the team), but the intro sequence is by regular writer JM DeMatteis, and it brings the Elf with a Gun story to its critical point.  It turns out, while he’s driving through the timestream in a convertible with Nighthawk’s nurse, he also left behind a robotic body double who has been monitoring The Defenders’ actions and now, it is pronounced by a vaguely defined Board of Directors who seem to be responsible for the time stream, that The Defenders Must Die! 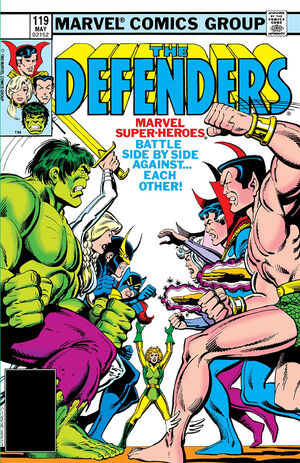 Also, they fight each other while under mind control. 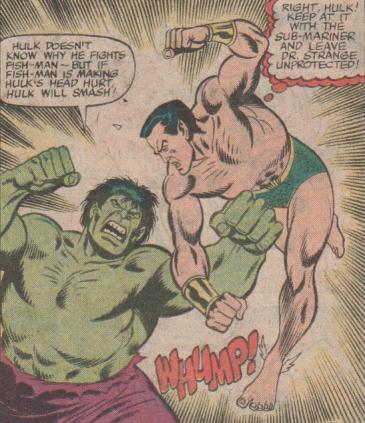 Which is always fun.

Clea (Marvel), Doctor Strange (all appearances), Elf With A Gun, Hellcat (Patsy Walker), Hulk appearing outside his own comics, Marvel 1983, Namor is Sub-Mariner, Nighthawk is Marvel's Batman, The Defenders (Complete Series and Team Appearances), Valkyrie (all appearances)
Tweet Pin It