But before that, Bruce Banner consults with another respected Gamma scientist, Raoul Stoddard, who figures out how to split Banner and Hulk.  Putting aside that this contradicts decades of science establishing that matter cannot be created from radiation–or without the destruction of other matter–it’s just weird.  It becomes a trope for Hulk, being used and reused over and over, but it kind of makes the character pointless.

In the Jim Wilson story…He’s a teenager living in the L.A. ghetto, who, of course, is also a street urchin.  But only steals to feed himself because his parents are dead.

I wish the whole thing didn’t have to be so heavy-handed (andso obviously written by a white man trying to understand racial alienation), but it’s cool to see Marvel’s most misunderstood character teaming up in a story that’s clearly got sociopolitical overtones. Then, Iron Man shows up and cleverly references Hulk #128, i.e., the issue where the “inferior” Avengers showed up, then beats up and captures Hulk. 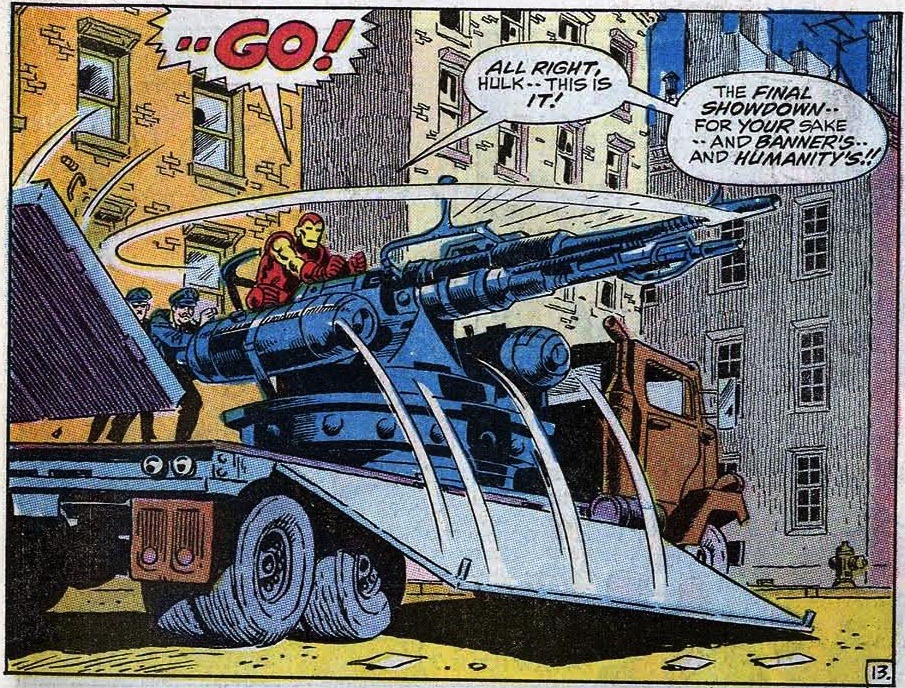 Banner is convinced he needs to recombine with the green monster because it’s the only way he’ll be controlled.  Which is weird, because separated Hulk was pretty much the same as Banner-integrated Hulk.  The only difference is, there was no downtime as Banner.

In the meantime, Wilson gets picked up by Hydra.  They work together to free Hulk from the military’s clutches.

It’s basically a way to establish the kid’s friendship with Hulk-even if Wilson is not much more than a black version of Rick Jones.

Finally, check out the nerd alert: From the letter page, someone analyzed Hulk’s fighting styles… Inadvertently, this seems to show how formulaic Hulk’s stories are.