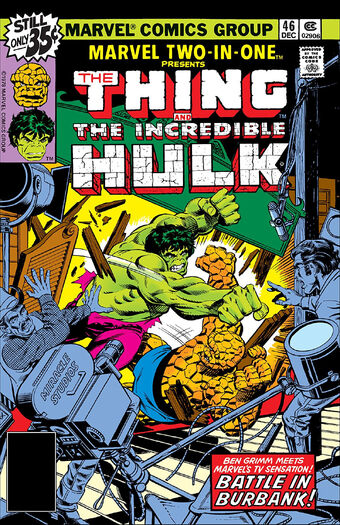 This is a pretty funny issue. Thing sees the Hulk TV show and gets jealous and figures he should have a show, being that he’s the “ever-lovin’ blue-eyed idol of millions.” Karen Page appears in this story–she was supposed to be Thing’s love interest on the show being developed for him, but she gets kidnapped and Thing and Hulk have to rescue her.

There’s another character with a TV show, too.  “Uncle Waddles…”

Obviously, that’s Howard the Duck working on TV.  In just under two years, Steve Gerber will sue Marvel over the rights to the Howard character.