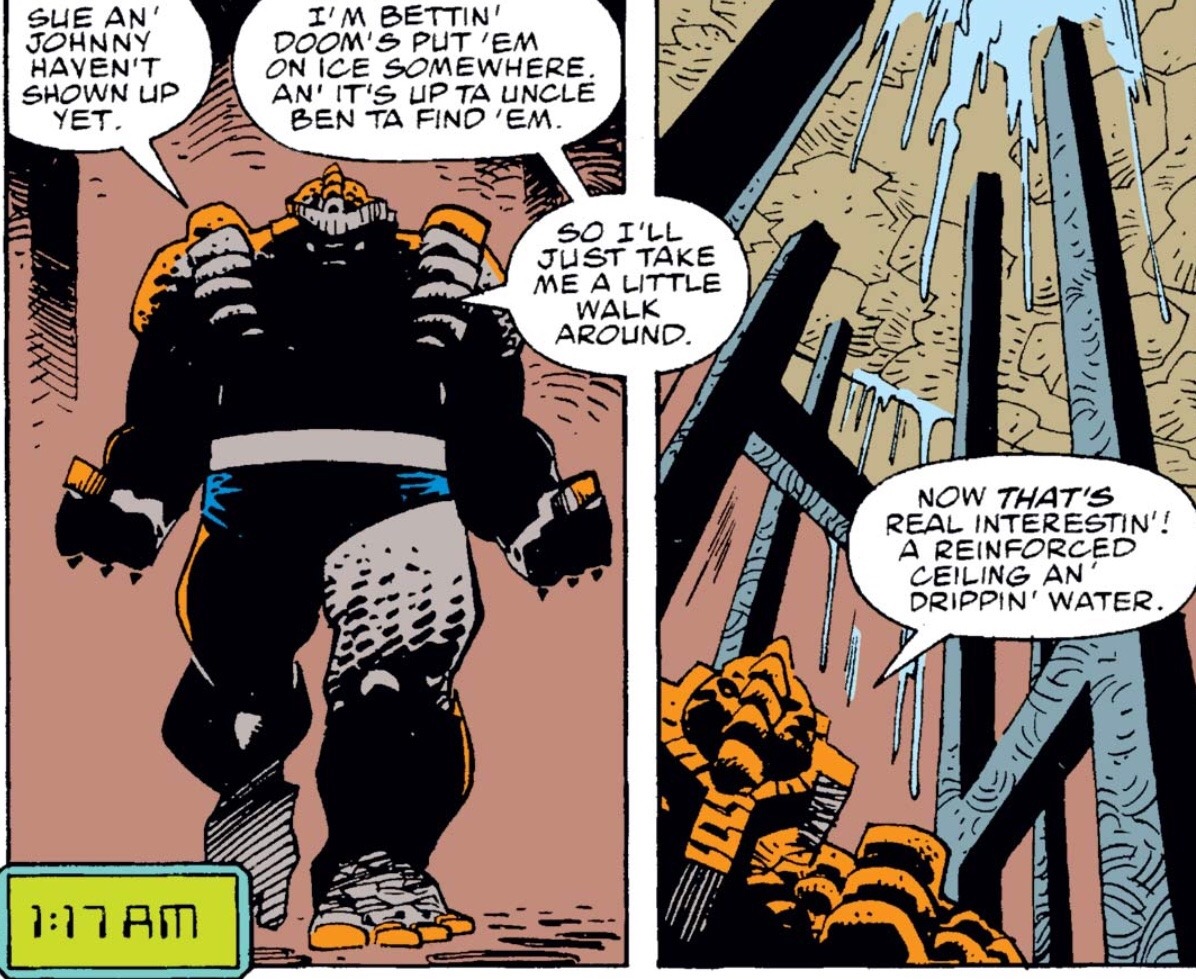 Walt Simonson ends his run with a Dr. Doom story.  Continuing from #350, Doom assesses the status of the four (five) at the start…

The team learns he’s amassing weapons, and Thing–in his exoskeleton–goes to stop him.  In the course of the battle, Doom explains that he’s been a Doombot most of the time since his first appearance… 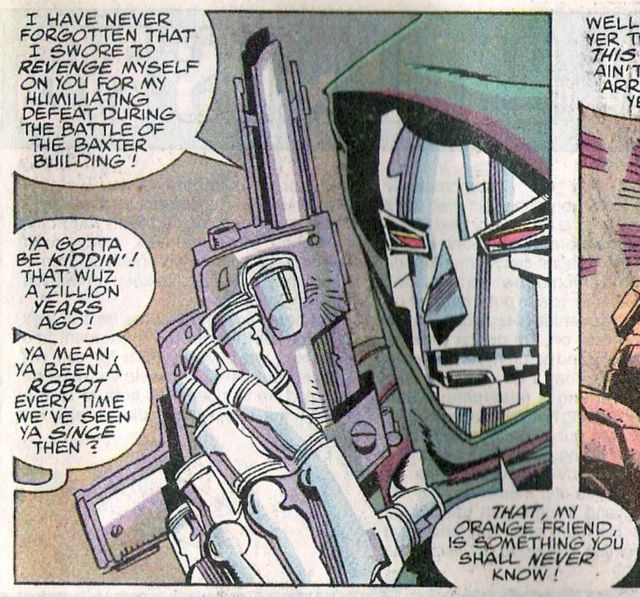 …So now you can guess where it was the real Doom, and in which appearances he was way too easily defeated and couldn’t be real.

Lots of Simonson-like adventure, including the discovery of the Null-Zone.

Which has these dudes in it: 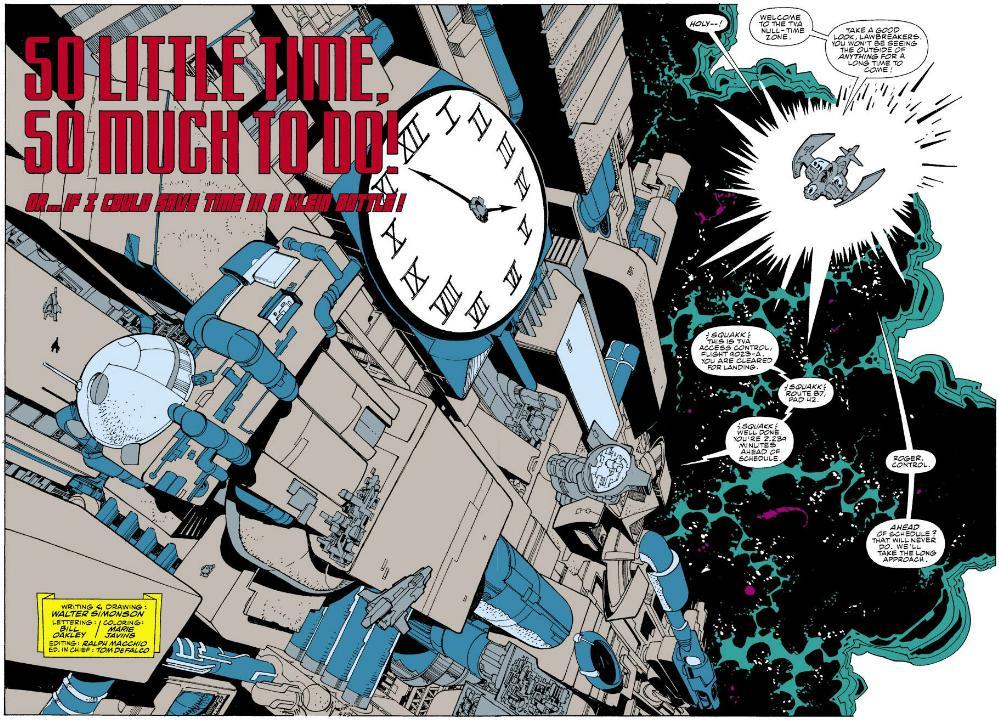 And it ends with Doom back as king of Latveria, Sharon Ventura un-Thinged, and pretender Kristoff ousted.