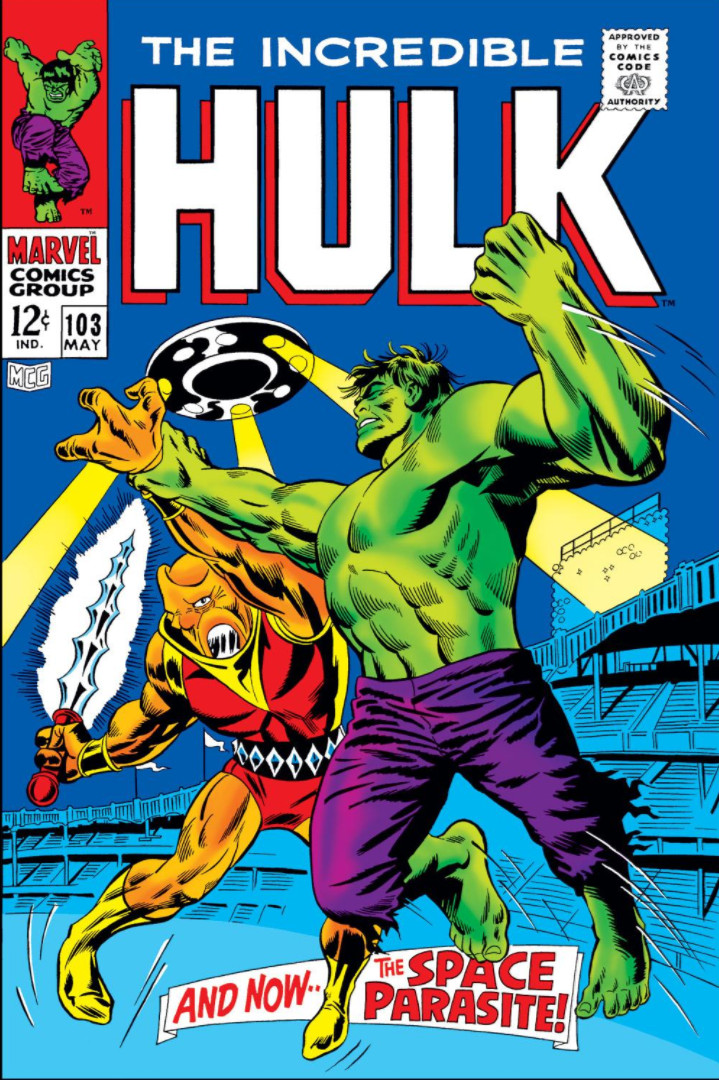 The title of this story is: “And now… the Space Parasite!”

For a Hulk comic, it’s better than most. We see Rick Jones contemplating whether to kill Bruce Banner and rid the world of Hulk–that’s got a bit more depth to it than what we’re used to in Hulk books. 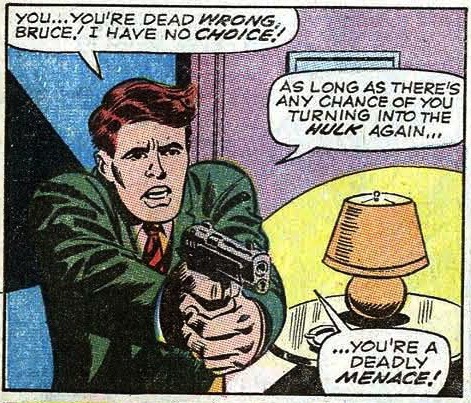 Of course, he doesn’t.

The Space Parasite comes to Earth to steal Hulk’s power.

He fails. But he does knock Hulk into Yankee Stadium. 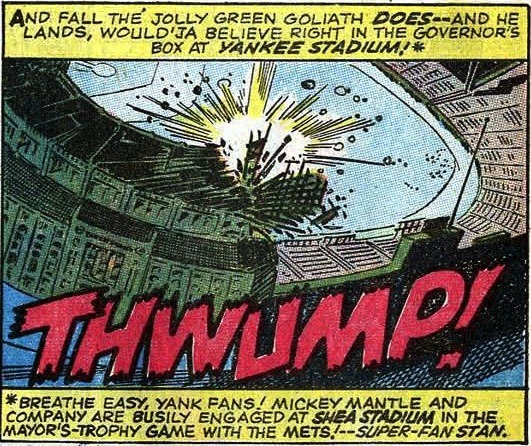