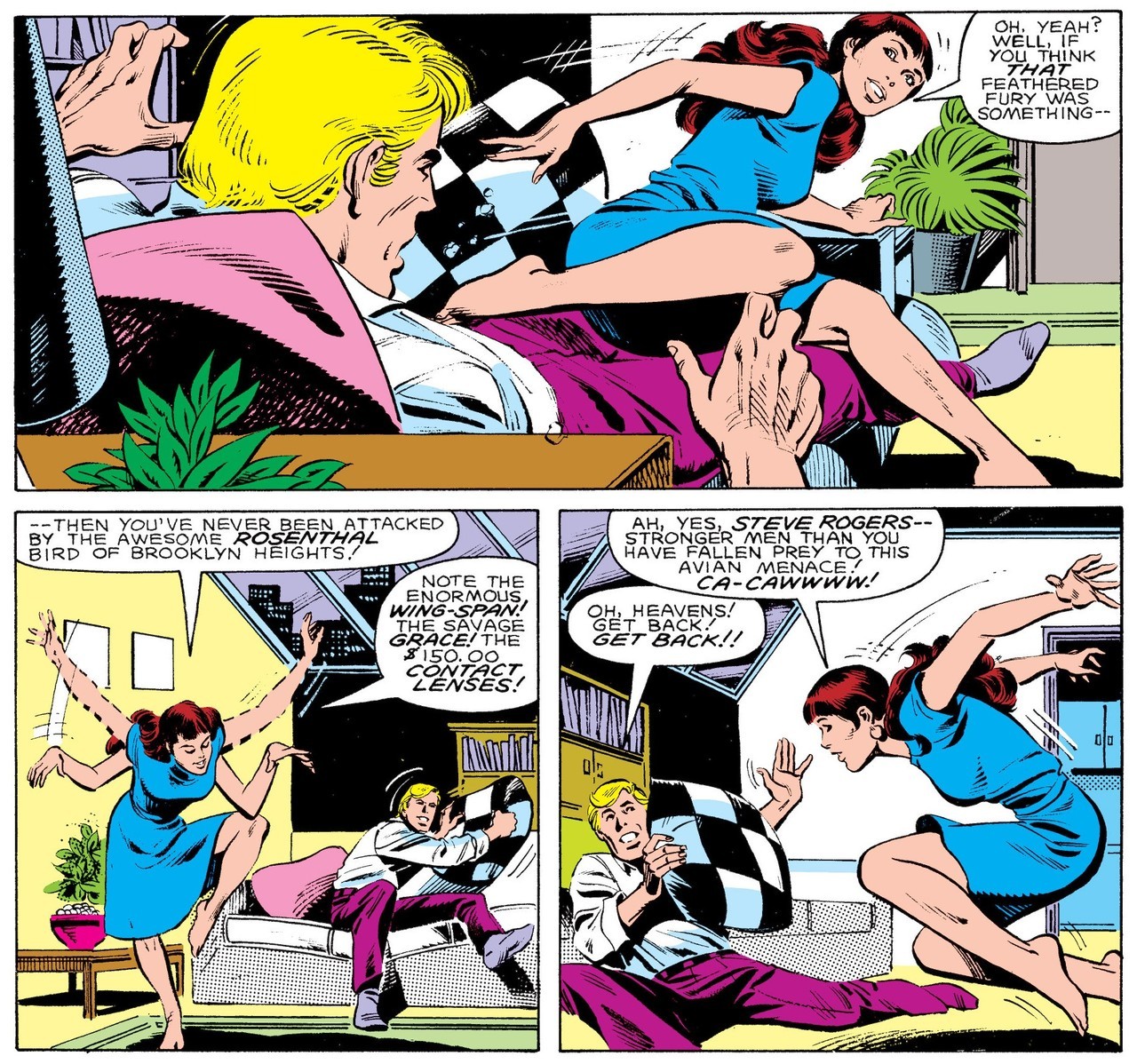 This issue, despite Bernie’s nonsense, is the first appearance of Black Crow. 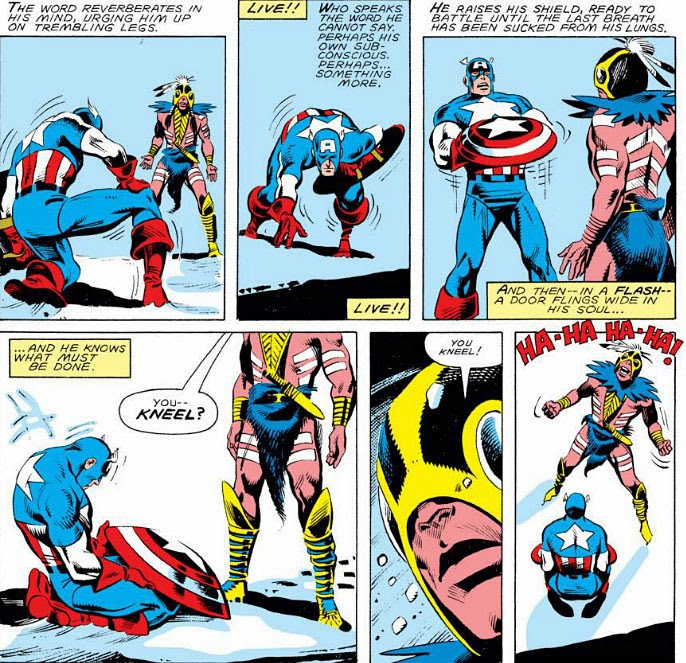 The Black Crow is a Native American who, for obvious reasons, has issues with Captain America.  He also has powers over crows.  They fight and then resolve their issues with mutual respect. This is also nominally a Christmas issue, but you’d only know it from the title (“An American Christmas”) and the tree behind Steve at an office party for where he works as an ad campaign artist.