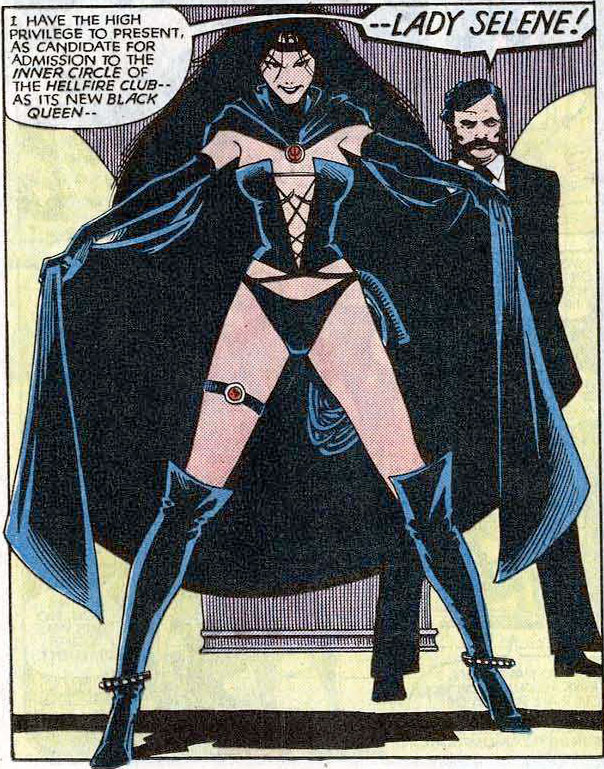 Selene becomes the new Black Queen, and Rachel the telepath from the future and Magma the newest X-Man/New Mutant whose mother was killed by Selene, break into the Hellfire Club to stop her. 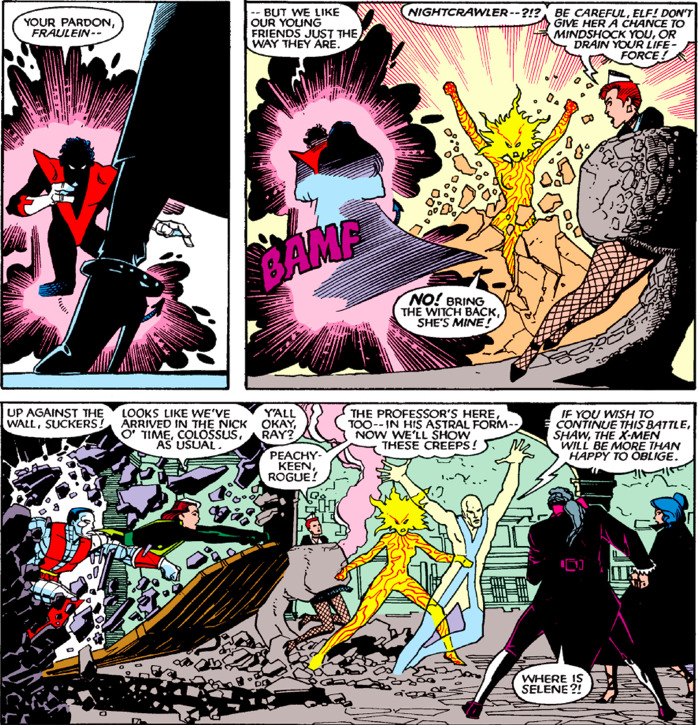 They fail.  Interesting, though, that Rachel is a true time-traveler and Magma was raised in an isolated forest city based on ancient Rome. Meanwhile, Storm’s powers are still gone as a result of Forge’s neutralizer, based on ROM technology, that was used against Storm by the U.S. Government.  So, she’s returning to her homeland of Africa.

Creators: Claremont and Romita Jr., of course.
Grade: B.  This is probably the second-greatest period for the X-Men, after the John Byrne run and closely followed by the Claremont/Cockrum run.  This book was really, really good for a really, really long time!