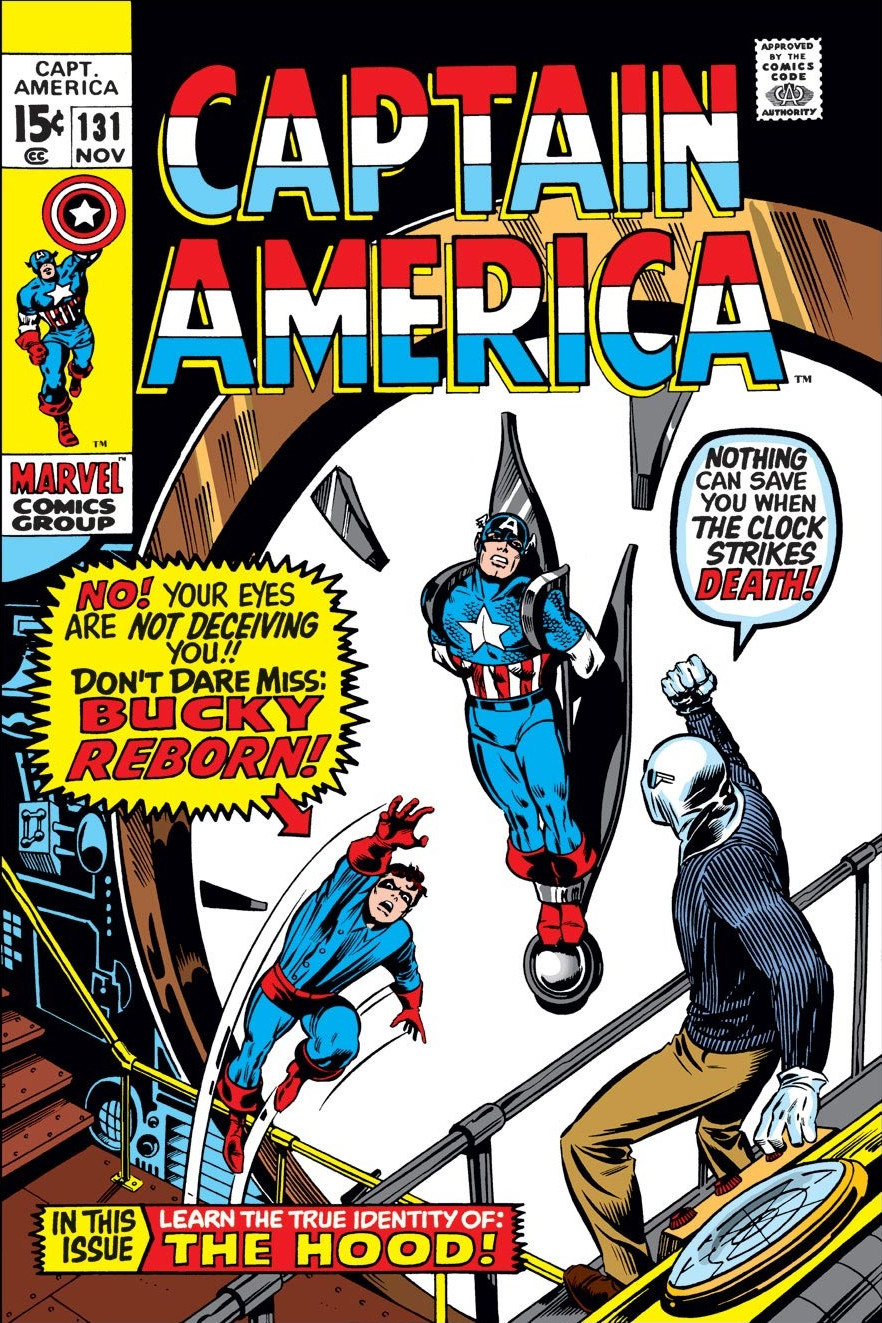 The deceptively advertised “Bucky Reborn” story is really about a lookalike found by Cap’s enemy, The Hood, who is trying to bait Captain America into a fatal trap.  The Hood’s identity is revealed as Baron von Strucker who, a decade later (in Captain America #247), is revealed to be a robot and not the real Strucker.

Someone, please, tell me where that cover is like.  I’m pretty sure there’s a Batman issue or something that looks an awful lot like this, but I can’t find it.

Anyway, towards the end of this story my favorite villain shows up (teaming up with another favorite) because it turns out fake Bucky was actually a fake “fake Bucky;” he was a robot, built by Dr. Doom and teleported across the sea by MODOK (who apparently has teleportation abilities now). And the mastermind behind it all?  Baron Von Strucker.