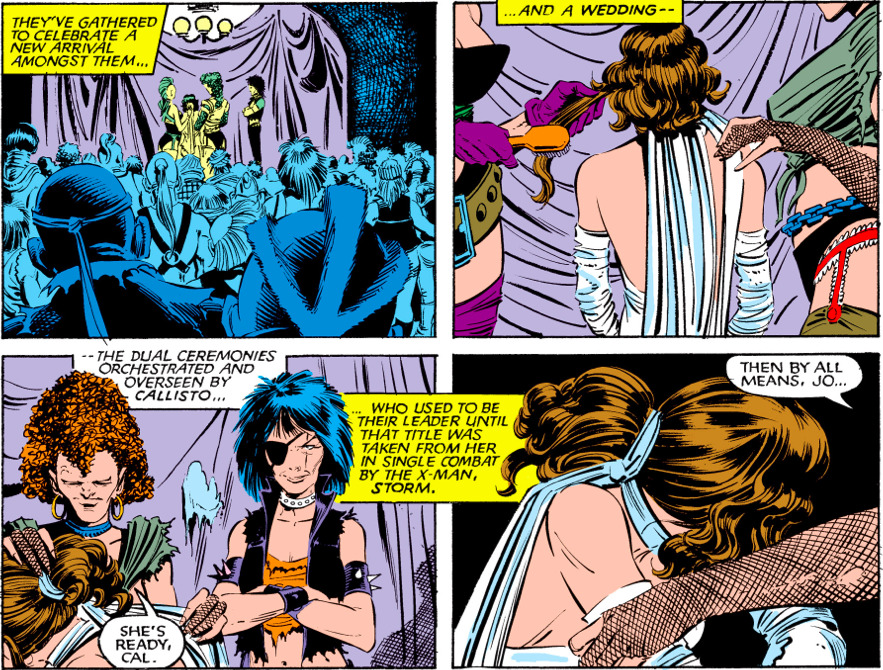 And then the dickwad dumps her in a few issues. What a fucking heel.  Of course, being turned into a statue by the evil mutants kind of excuses it. 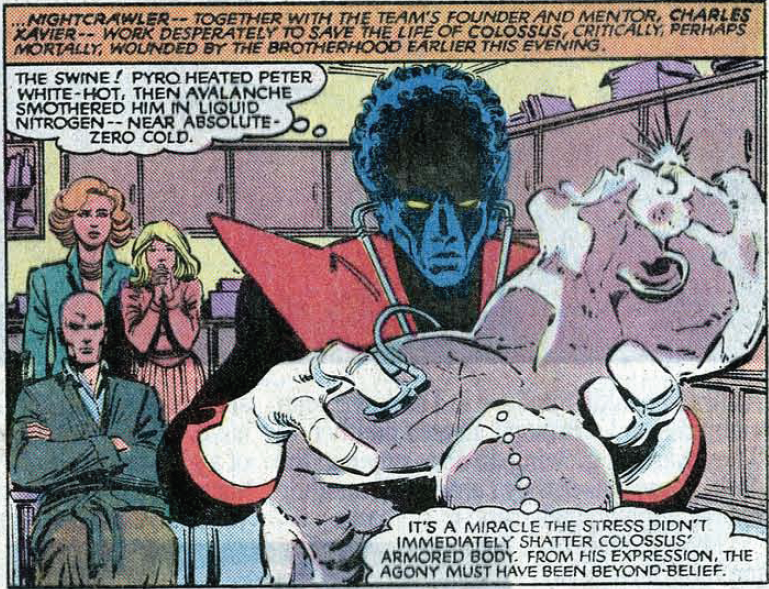 This issue also features the first appearance of the young Warlock and future X-Factor member Leech. 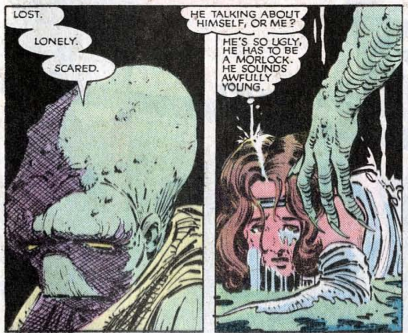 His appearance would evolve to be “cuter” later on, when he becomes a young ward of X-Factor.

And Masque, also a Morlock, displays her powers. 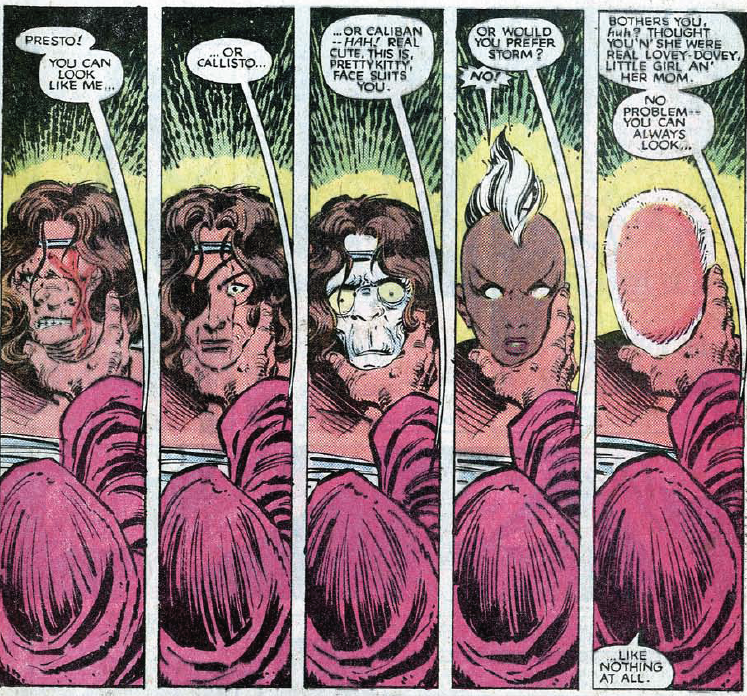 Caliban shows surprising sensitivity in the end–letting Kitty out of the marriage because she doesn’t love him. 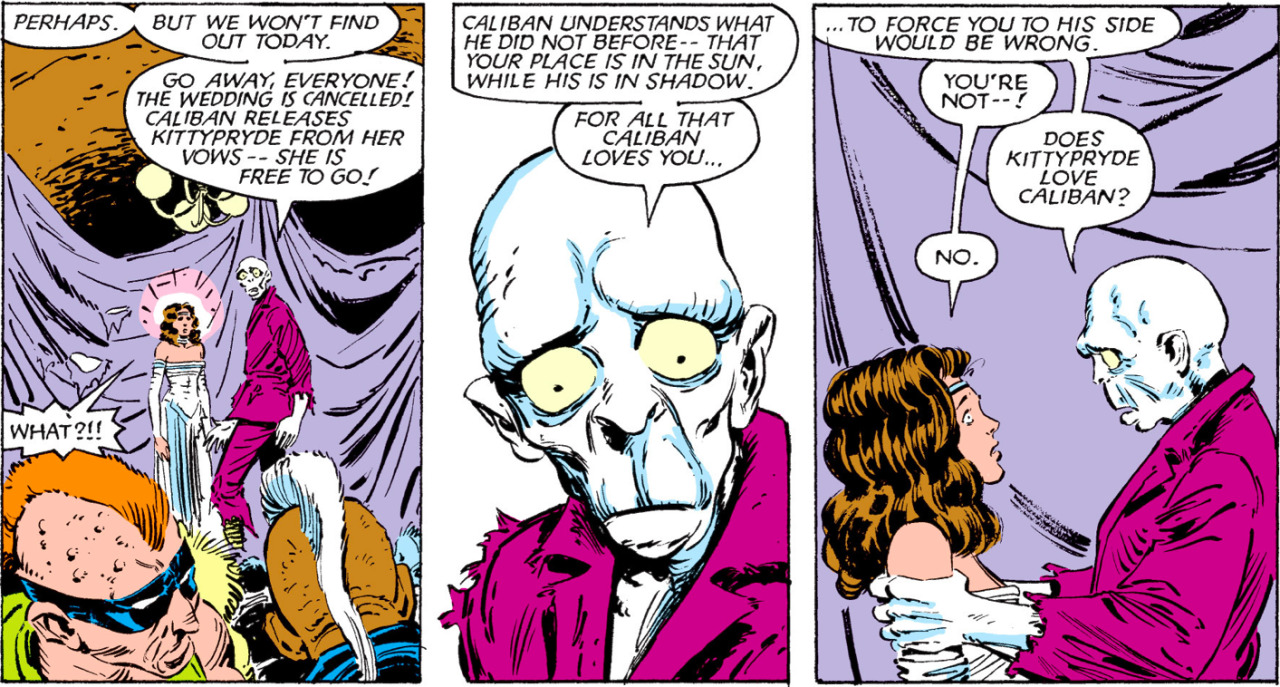