Mystique is Rogue’s adopted mother, but in this issue there’s a hint that she means something more to Nightcrawler.

And what the hell is she doing to Cyclops here? 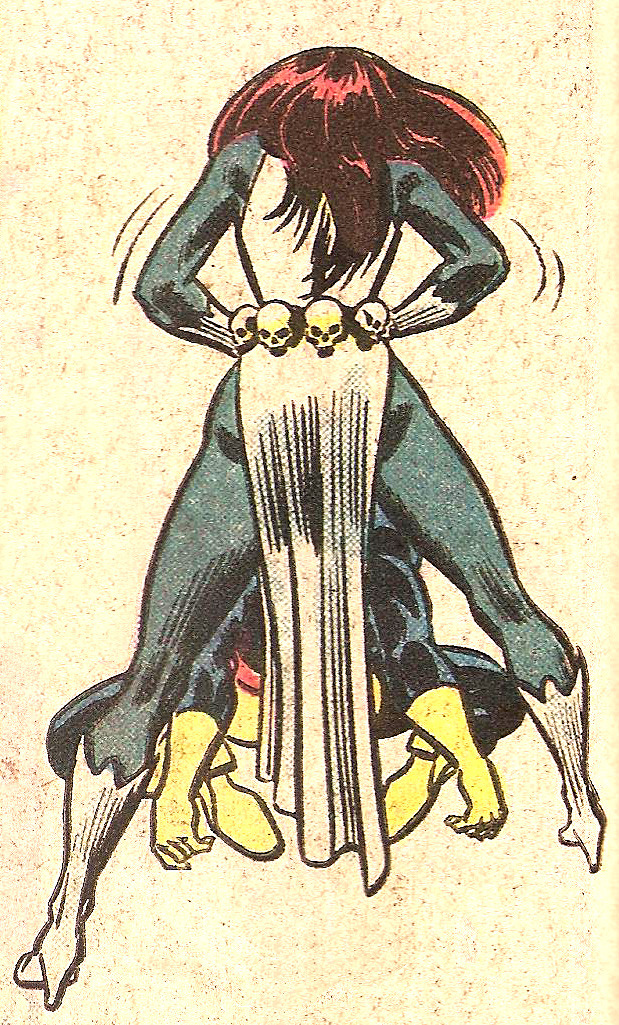 Or maybe the better question is, what did he do to her? 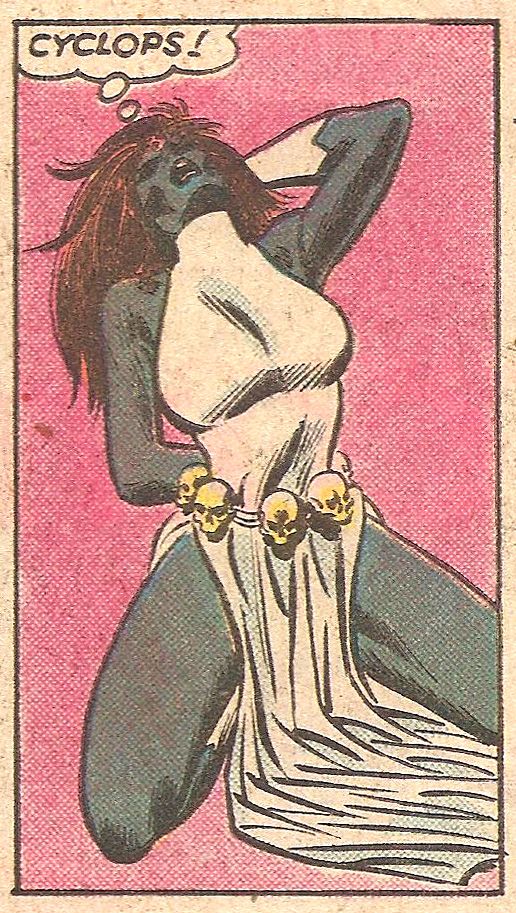 She tries to take down the X-Men with her Brotherhood of Evil Mutants, by getting Colossus to run into a trap. 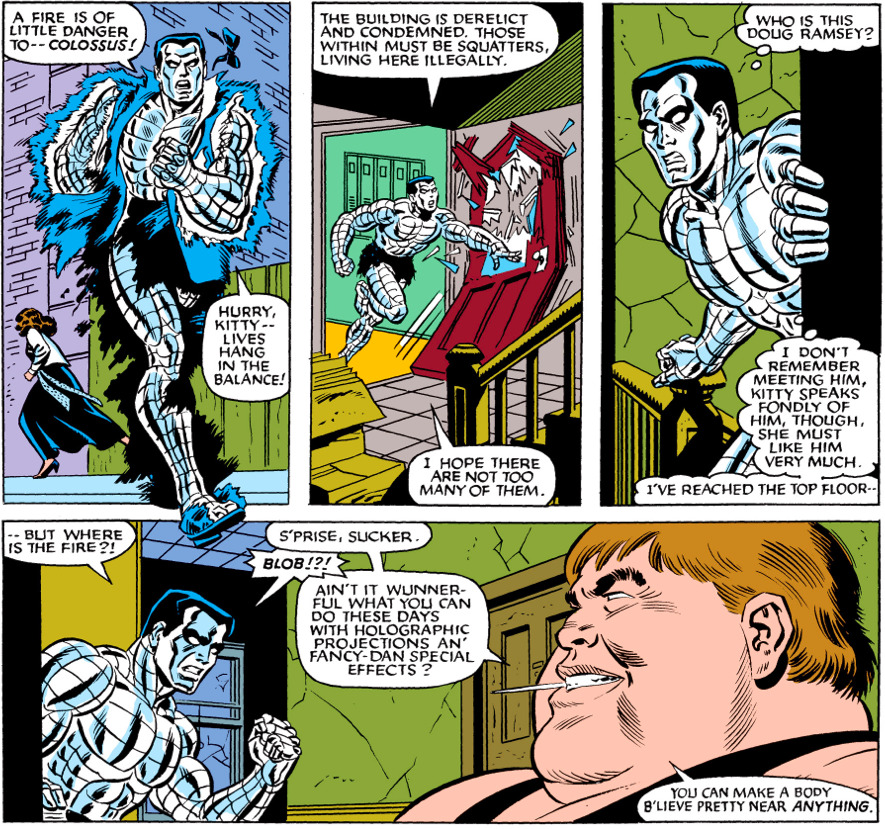 Pyro tries to melt him. 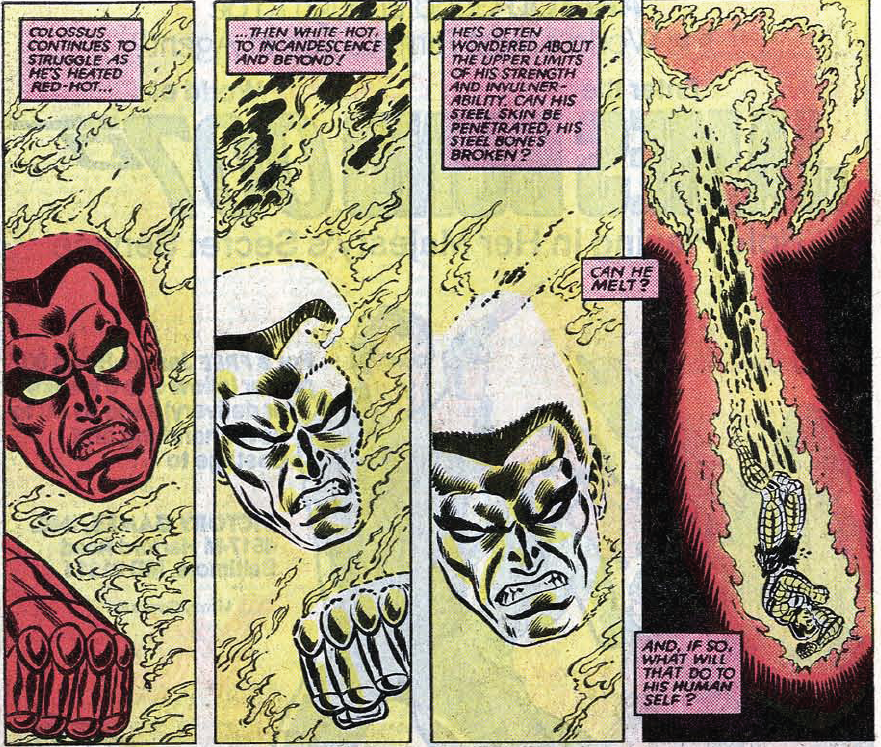 After they get defeated by the X-Men, Mystique takes them to Arcade to train against his robot version of the team.