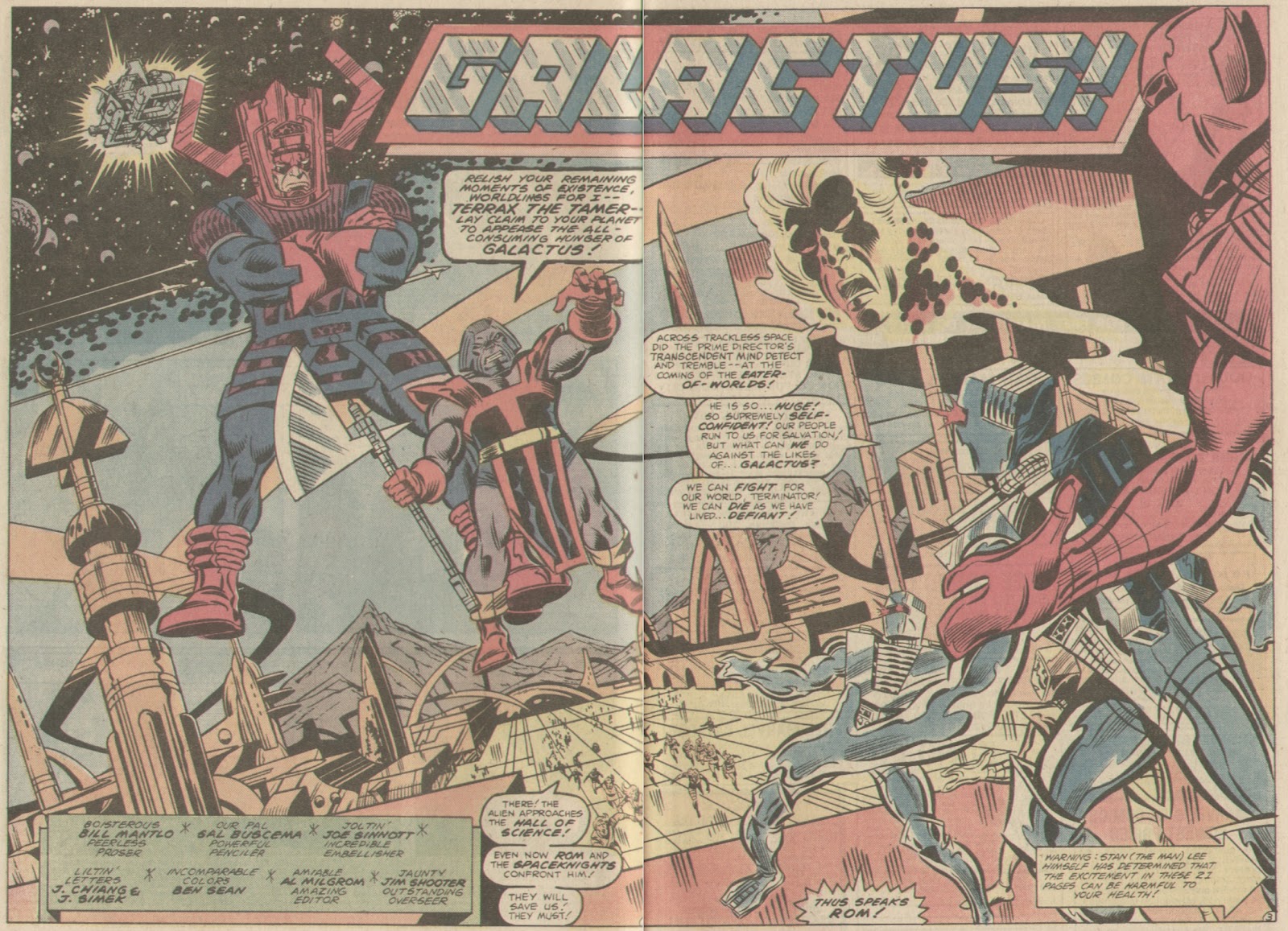 Most of this issue is a big fight between the Spaceknight team and Terrax the Tamer, Herald of Galactus, but the big twist happens at the end of issue #26, where ROM brilliantly diverts Galactus to the Dire Wraith’s planet.

It’s a genius strategy, and one that moves ROM into the realm of “heroes who kill.”  Sure, he’s neutralized a whole bunch of ugly Wraiths already in this book, but now what he’s doing is ethnic cleansing. That takes a special kind of balls.

Turns out, though, that when he gets there the big G can’t eat the Dark Nebula because it’s spoiled. 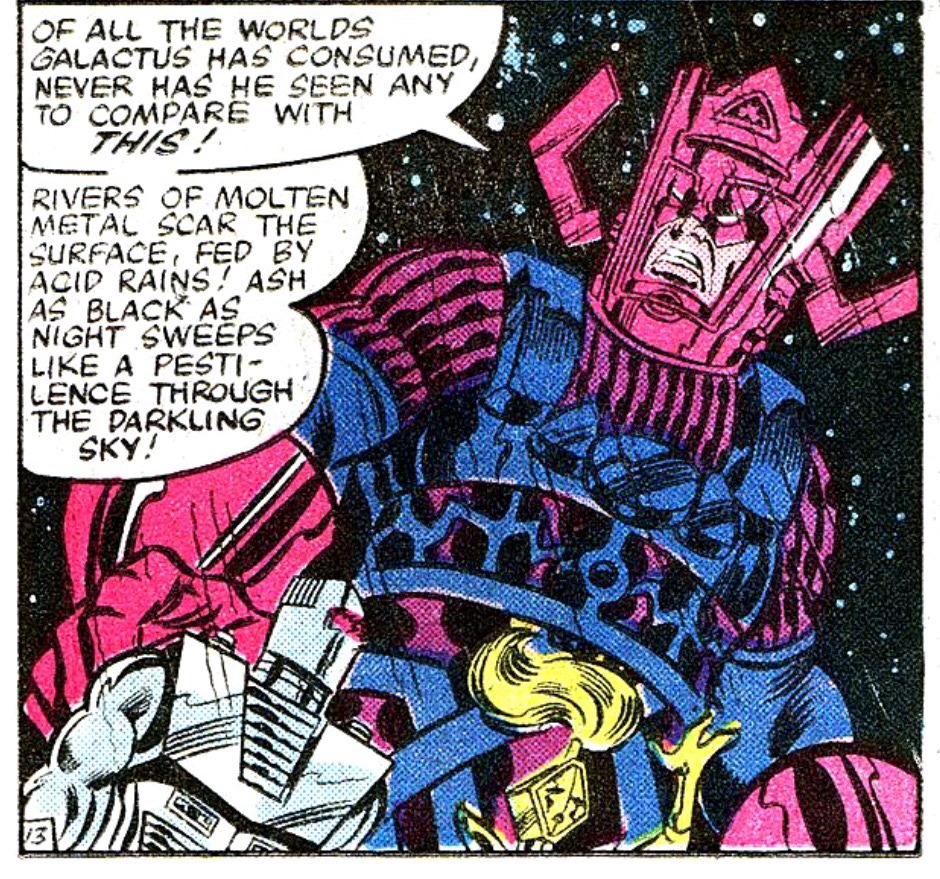 This makes Galactus mad, so he “moves” Galador so that the Spaceknights can’t find it and are lost in space. 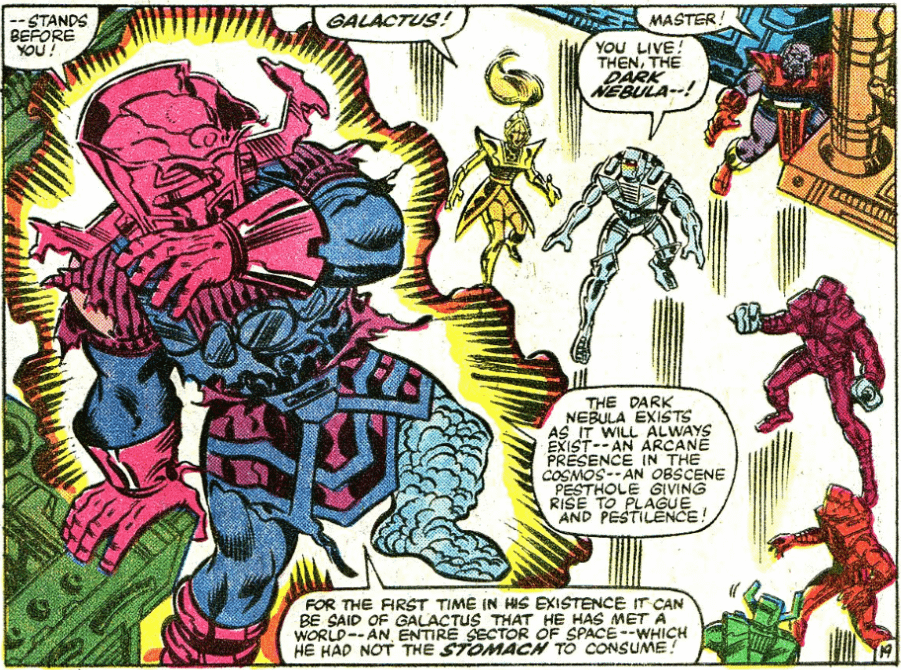 That’s a weird ending to an otherwise pretty thoughtful story—I mean, if he could move it, why didn’t he just eat Galador when it turned out he couldn’t eat the Wraith homeworld?