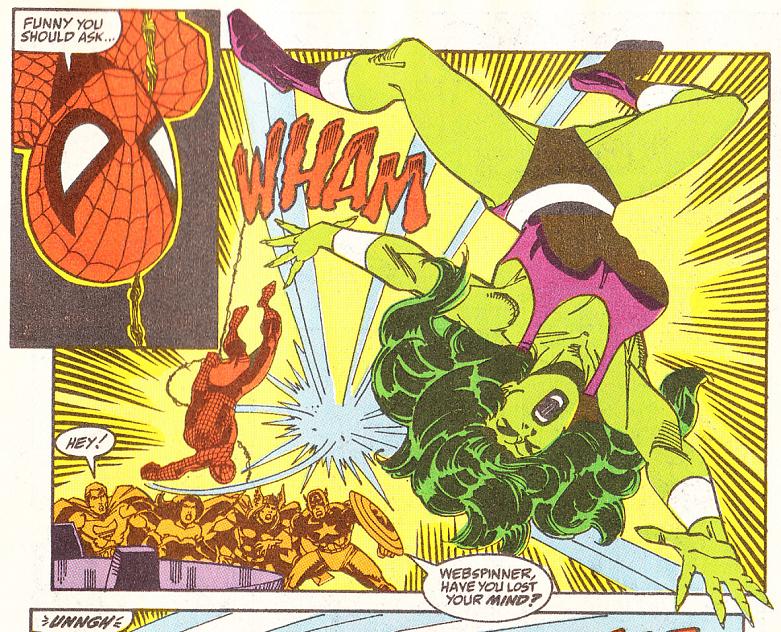 Space Phantom seeks revenge on his old foes The Avengers by tricking them into fighting Spider-Man.  Basically, he’s like a version of Loki.

It ends up tying into a Young Gods story but, really, it’s not worth explaining.  This is classic “hero vs hero” fighting—it is what it is.  It’s very stupid and silly, but it’s also fun in a “1970’s Marvel” kind of way.