It’s amazing that Roy Thomas can do so well on some books and then do this bad on X-Men.  The book is totally running on fumes at this point, so, when you can’t think of a good way to tell a story, kill a major character:   Yeah, they killed Professor X.

But first: A battle against the imaginatively-named Grotesk.

Also, the book was experimenting with a new title: “The X-Men Featuring [character name].”  This became the new masthead for #42-48.  A few examples… 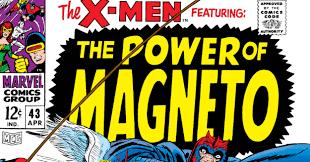 It didn’t make the comic any better.  This is a horrid run.