This Grade A issue starts with an action packed splash page: The Jester is fleeing the scene of a bank vault robbery, with unconscious armed guards in his wake.  It’s a great drawing—the grin on his face is maniacal.  And Stan Lee’s title, exploding at the top of the page, is perfect.

Lots of people think Jester is stupid, but I think he’s hardcore.  It would hurt like hell to get blasted in the face with a yo-yo.  The Jester was really a pretty brutal villain.  It’s easy to forget that, given his silly gimmicks. 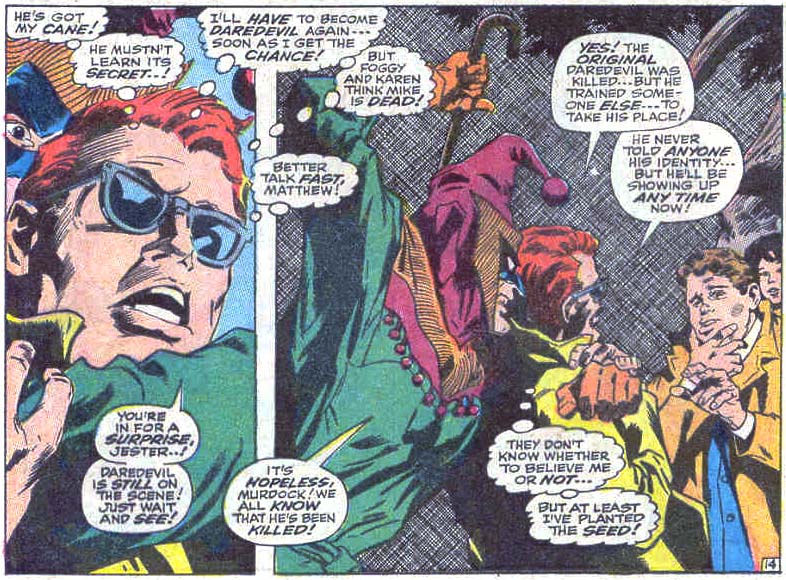 And the Mike Murdock storyline continues, even after his “death.”

Gene Colan just seems to get better and better, by the way.