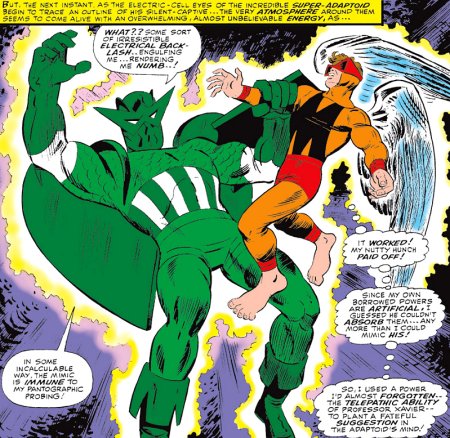 Mimic is regretfully a regular character now, and on the team (the first non-mutant to join), so I guess it makes sense to have him fight Super-Adaptoid, the dude who has all the Avengers’ powers.

It makes sense, but …

At the same time, Angel calls Cyclops “Dad,” which might be hipster for “guy” but also might be a dig.

Decades later, Angel and Jean will have a fling in the pages of X-Factor.

These issues really aren’t good.  Look how clunky the conclusion panel is…. 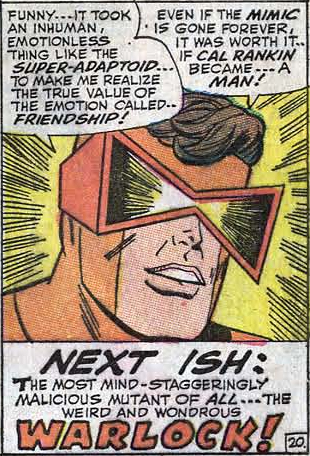 But at least there’s some humor. 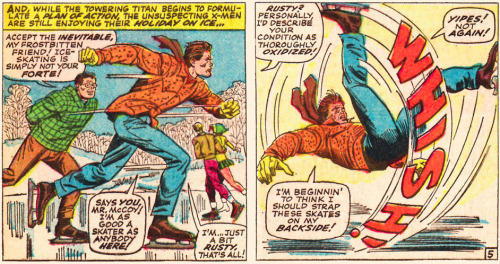 Then, in #30, the team meets Merlin.  Which is almost never a good thing for anyone, let alone a book being written  by Roy Thomas at his worst.