This issue is the first appearance of Enchantress lackey and future Walt Simonson run breakout star Executioner.  In this sequence, Thor tricks him. Note: Executioner can raise the handle and part of the head of Mjolnir (because the part near the handle is off the ground, too).  This is different from other “lifting Thor’s hammer” scenes, where even the handle is mystically made heavy. 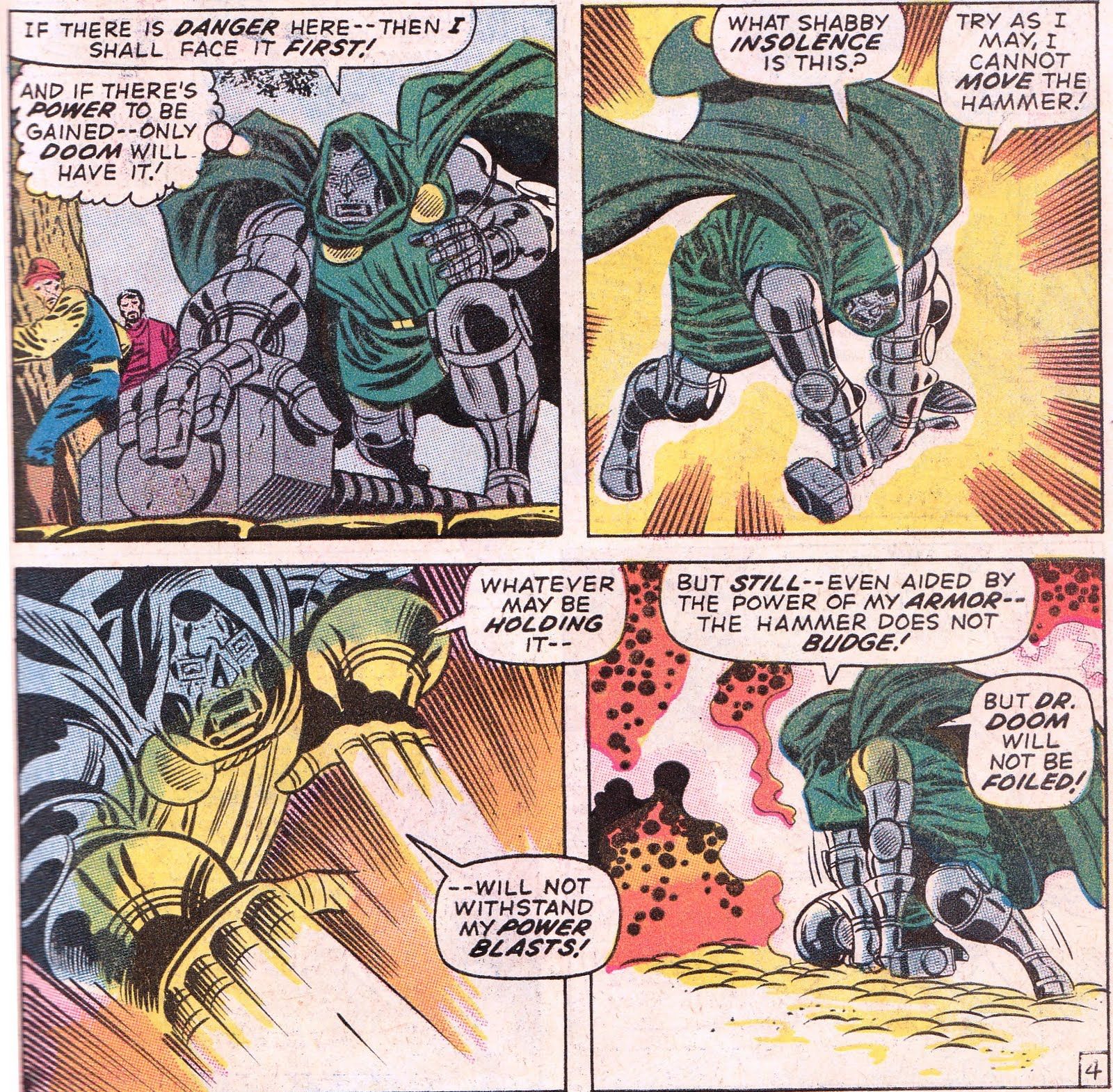 And let’s not forget that this part of Thor’s legend even made the movies.

Later, he beats him soundly. 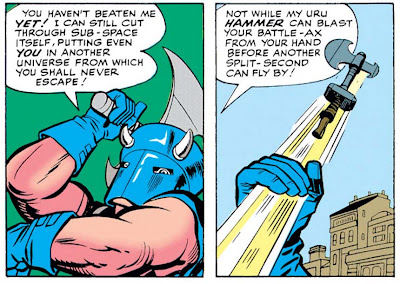