After an interminable sequence involving Eric Masterson being sad about his divorce and missing his son (it’s actually only a couple pages, but NOBODY CARES ABOUT ERIC MASTERSON!), we get a story where Enchantress, Ulik, and Loki… 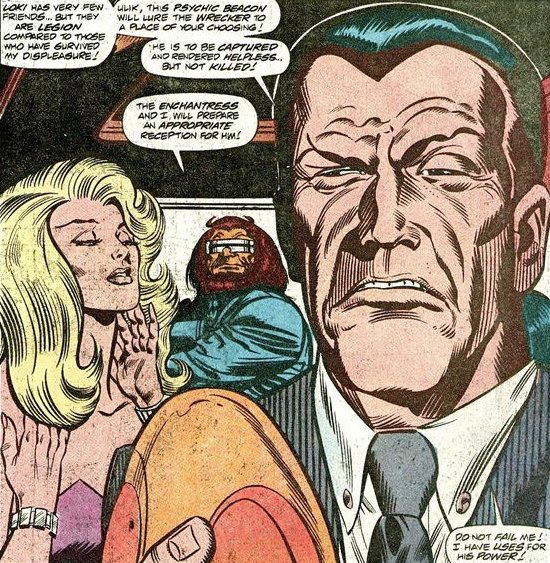 …create a magic beacon to summon Wrecking Crew (because the Crew have Asgardian-based power and Loki wants it back), but the beacon also alerts Excalibur.  And also Dr. Strange, Spider-Man, and Quasar, but they only have brief cameos. We get a brief Wrecking Crew vs. Excalibur fight, then Thor shows up but Enchantress makes him appear to be Juggernaut, so Kitty phases him into concrete. 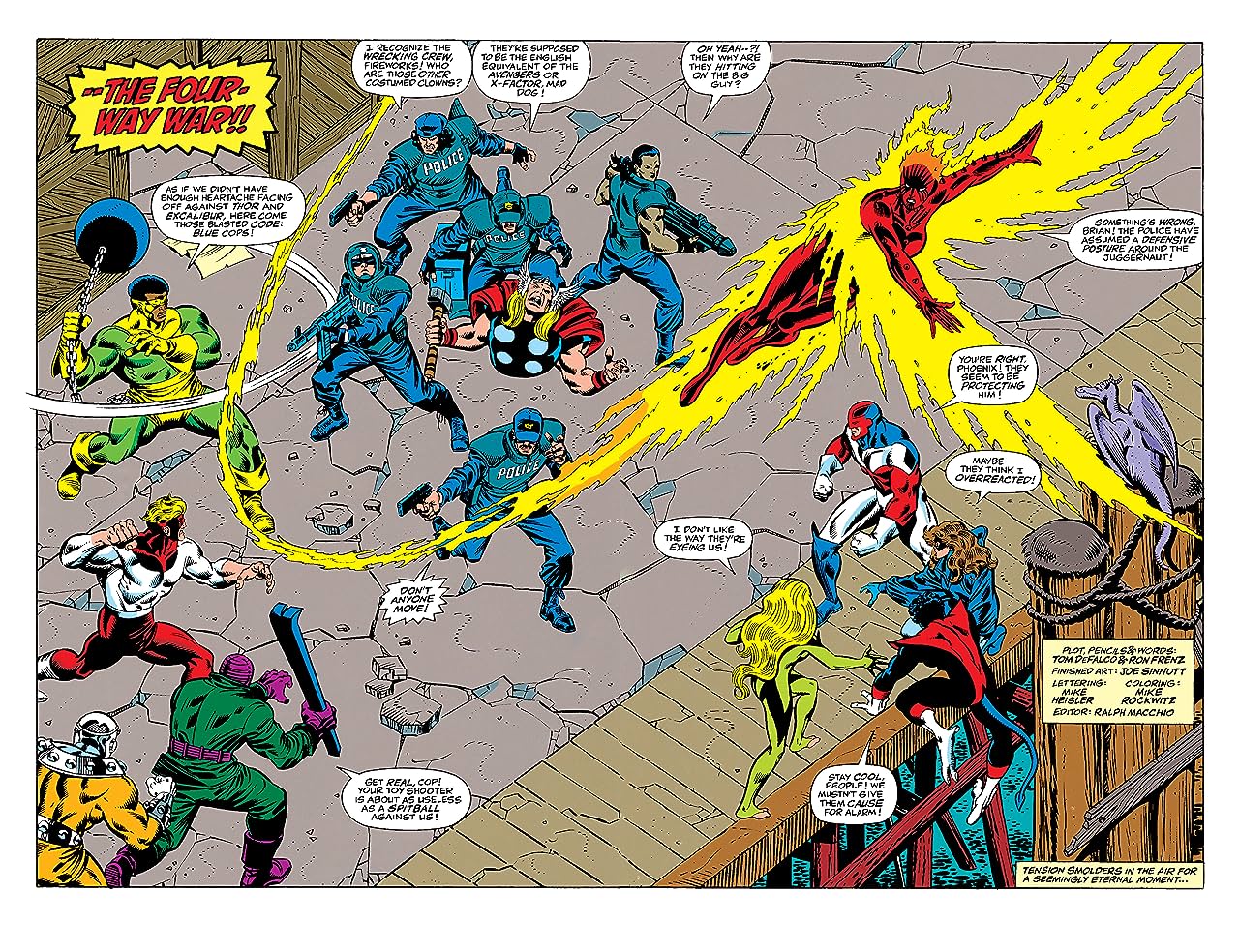 Tom DeFalco really wants his new special NYPD force, Code Blue, to gain traction, so they show up, which turns this into a “four-way war.”  Code Blue actually does pretty well against the Wrecking Crew, but they get help from Ghost Rider. During this battle, the illusions are shed and everyone is friends again.  Excalibur was in the area because they were looking for Juggernaut, who escaped from a British prison before Thor defeated him about ten issues ago, so Thor takes them to the dimension where Juggernaut is imprisoned, and there’s an adventure there as well.

Turns out, Juggernaut did pretty well during his banishment and became the ruler of the dimension.  So, the team takes him down and brings him back to Earth-Jail. 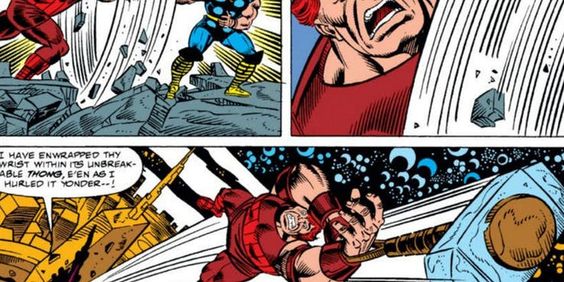 To defeat Juggy, Thor uses his hammer to shoot him into space.  I know this isn’t an instance of someone picking up Thor’s hammer, but it’s close enough.

After the Juggernaut adventure, it’s back to Earth, where Code Blue and Ghost Rider are still fighting the Wrecking Crew, and Mephisto gets involved.  There’s an implication that he and Loki will be teaming up soon.

In all, a decent story-but a helluva lot going on.