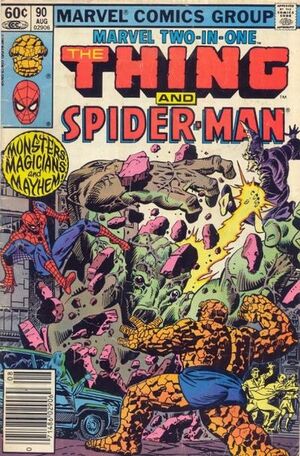 Spider-Man and the Thing are the stars of Marvel’s two team-up books, but they haven’t actually teamed up together.  It makes sense to run the story in MTIO, since it didn’t sell nearly as well as Marvel Team-Up.

The two heroes are at a Renaissance Fair.  After that, this story writes itself, doesn’t it?  A “fake” magician becomes real because of some dark magic, blah blah blah. 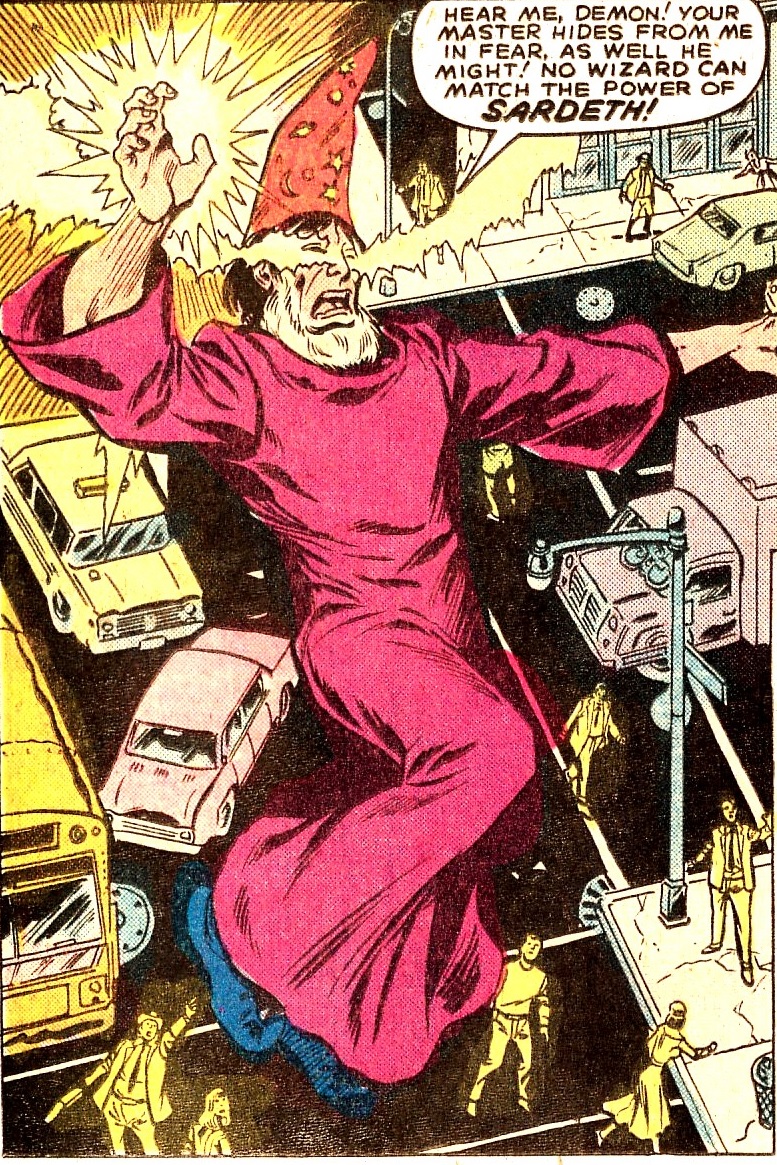 Creators: Jan Strnad and Alan Kupperberg
Grade: C-
For the complete history of the MU, year by year, go here.
And see my Ratings of Runs on comics here.

Marvel 1982, Marvel Two-In-One, Spider-Man appearing outside his own comics, Thing (solo and appearances not in Fantastic Four)
Tweet Pin It