As great as these early DD issues are–and they are great–Stan Lee still had contrived elements like Electro putting Daredevil into a rocket and trying to shoot him off into space. 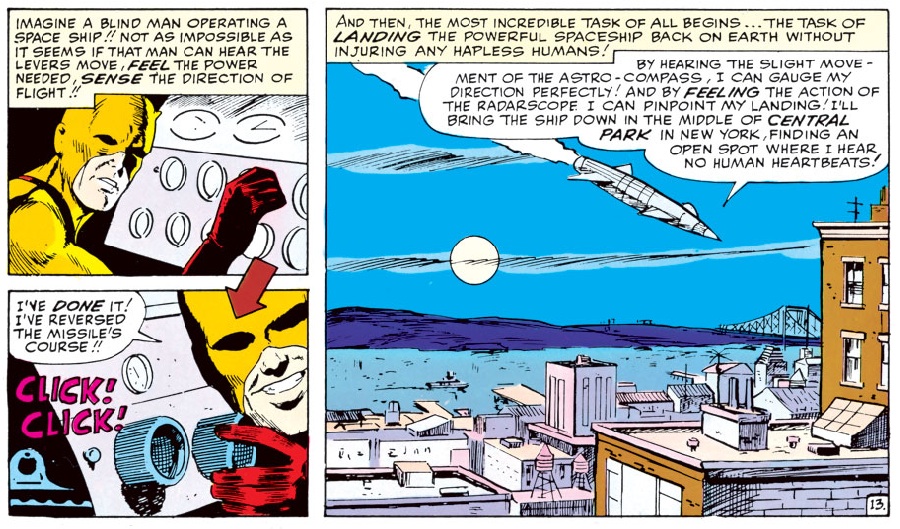 And he knows how to pilot the thing.  Not only that, he’s also an expert at horseback riding–and can make the animal vault over a two cars. 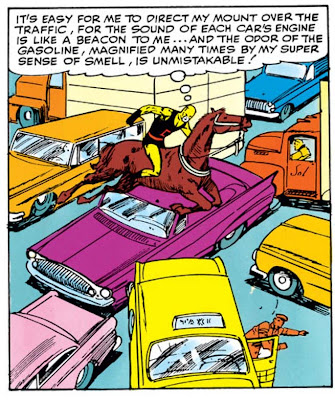 See?  Daredevil really was a lot like early Batman!

Seriously.  This is a really, really dumb comic.  Too bad.  #1 was awesome as Hell.