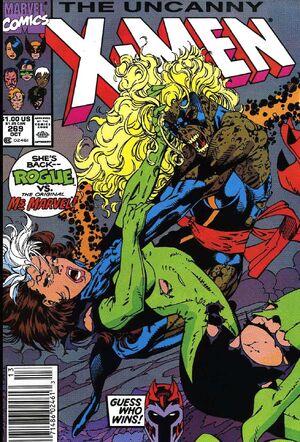 Rogue is transported by the Siege Perilous back to the X-Men’s Australia base, which is now controlled by the Reavers, and she doesn’t have Ms. Marvel’s powers anymore because Siege Perilous separated them out into a different body.

Then Shadow King mind controls the new Ms. Marvel body and makes it fight Rogue, only the effect of them being separated causes their bodies to rot until, at the end, they are brought back together. 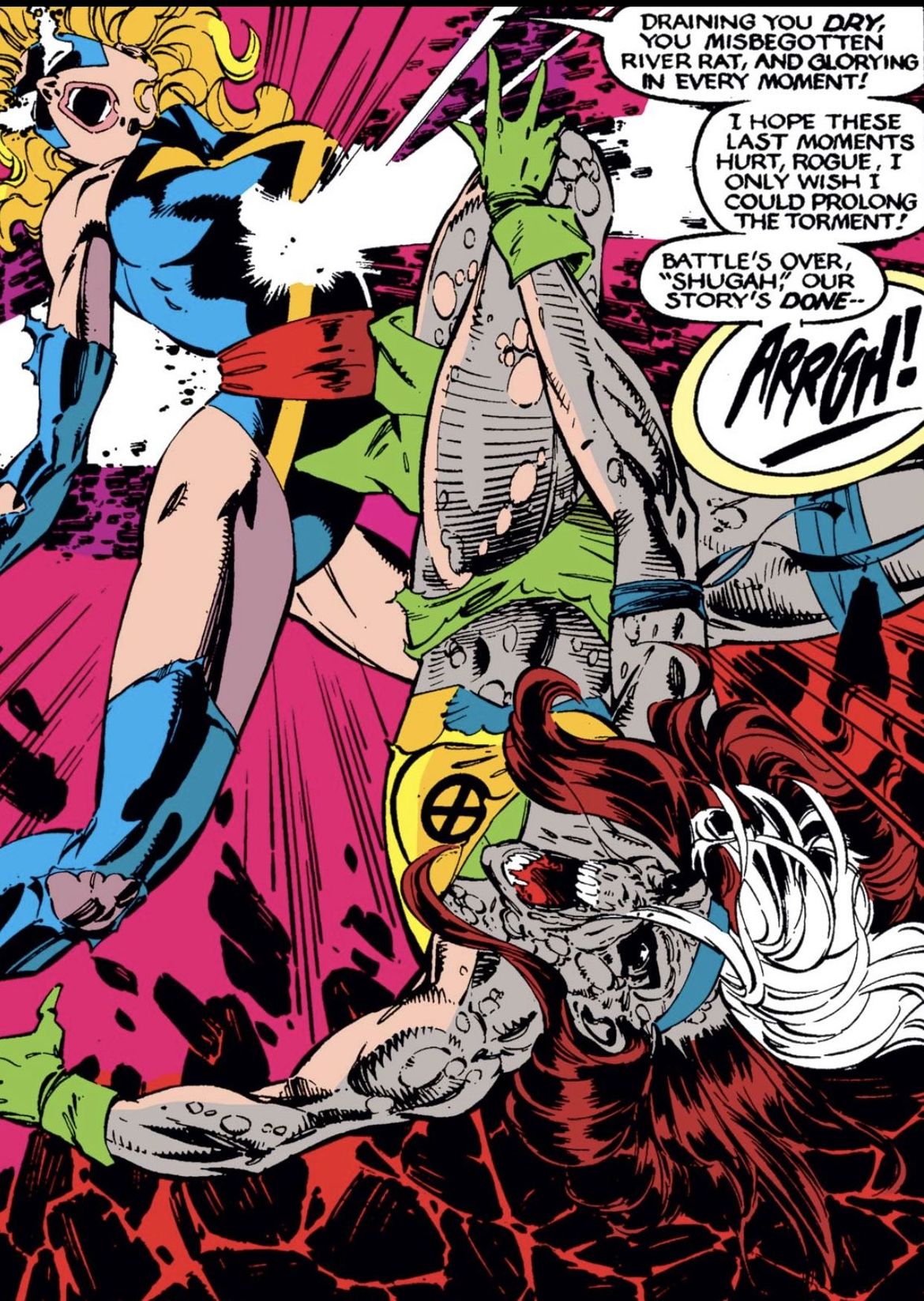 In other words, this is kind of a pointless issue.  The Siege Perilous stuff is annoying.  I hope it’s over.