John Byrne’s splash pages were often very impressive.  This one, for example.  How can you see this and not want to read this comic?

What a time to be reading comics!  John Byrne doing the best FF run since Lee/Kirby, Frank Miller finally making sense of Daredevil, Roger Stern and John Romita, Jr., doing the best Spider-Man run since Lee/Ditko, and some of the best Avengers, Iron Man, and Captain America issues in decades…Wow. 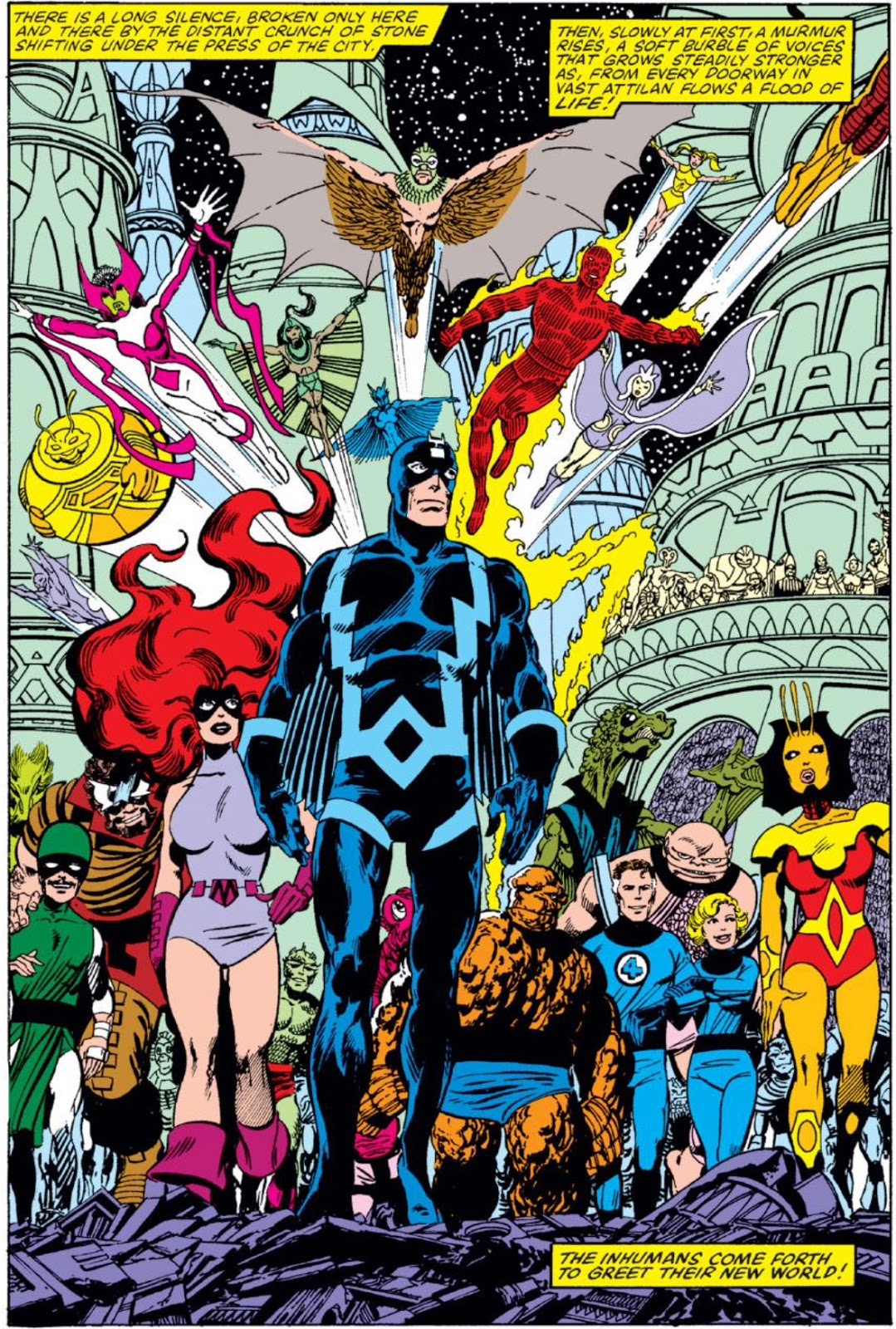 This is the one where The Inhumans move to the moon.  And they drop their city in the blue area, burying the site of Phoenix’s downfall, and joining The Watcher.

We get a nice overview of their history, where they have been battling a group known as The Enclave, which held Medusa hostage, and we learn that although they won that war (we learn that here, it’s never been resolved because The Inhumans’ own book was cancelled), they’ve been getting very sick.  Reed Richards finds their Terrigen biology is sensitive to Earth’s polluted atmosphere, so they lift the city of Attilan to the moon’s blue area.  Watcher makes a brief appearance, seeing Attilan essentially moving next door to his home.

Marvel wasn’t doing much with Uatu at the time—he’d host every issue of What If?, and that’s about it. 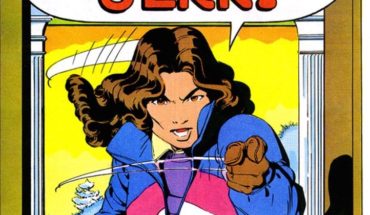 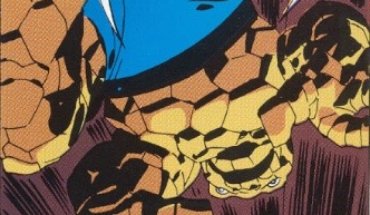 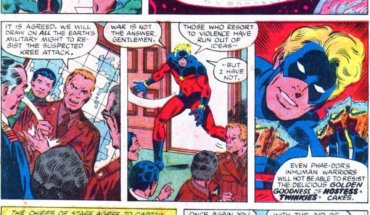