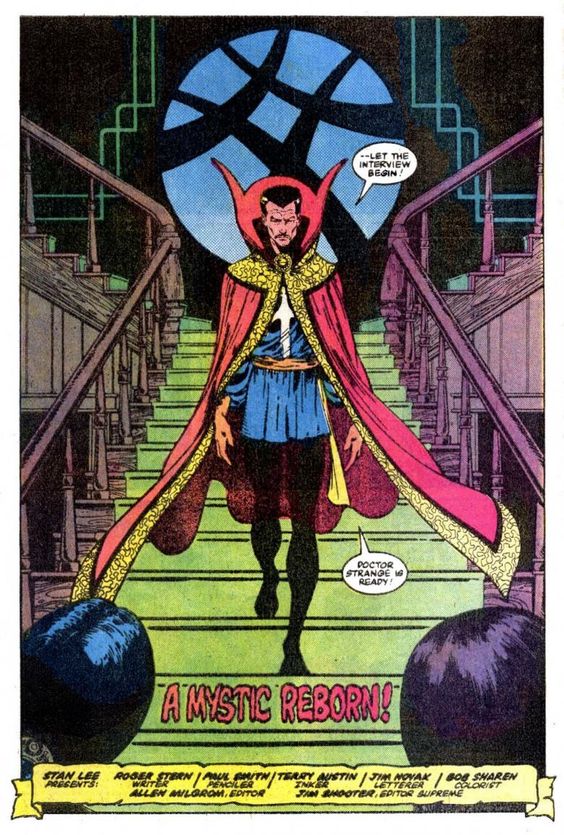 The great Paul Smith takes a turn drawing another really good Roger Stern Doc Strange story.  This one retells his origin, using as a narrative device a reporter to whom Strange allows an interview.  After an extended “goodbye to Clea” arc that was largely sad and emotional, this is a good way to clean the slate for the next set of stories. 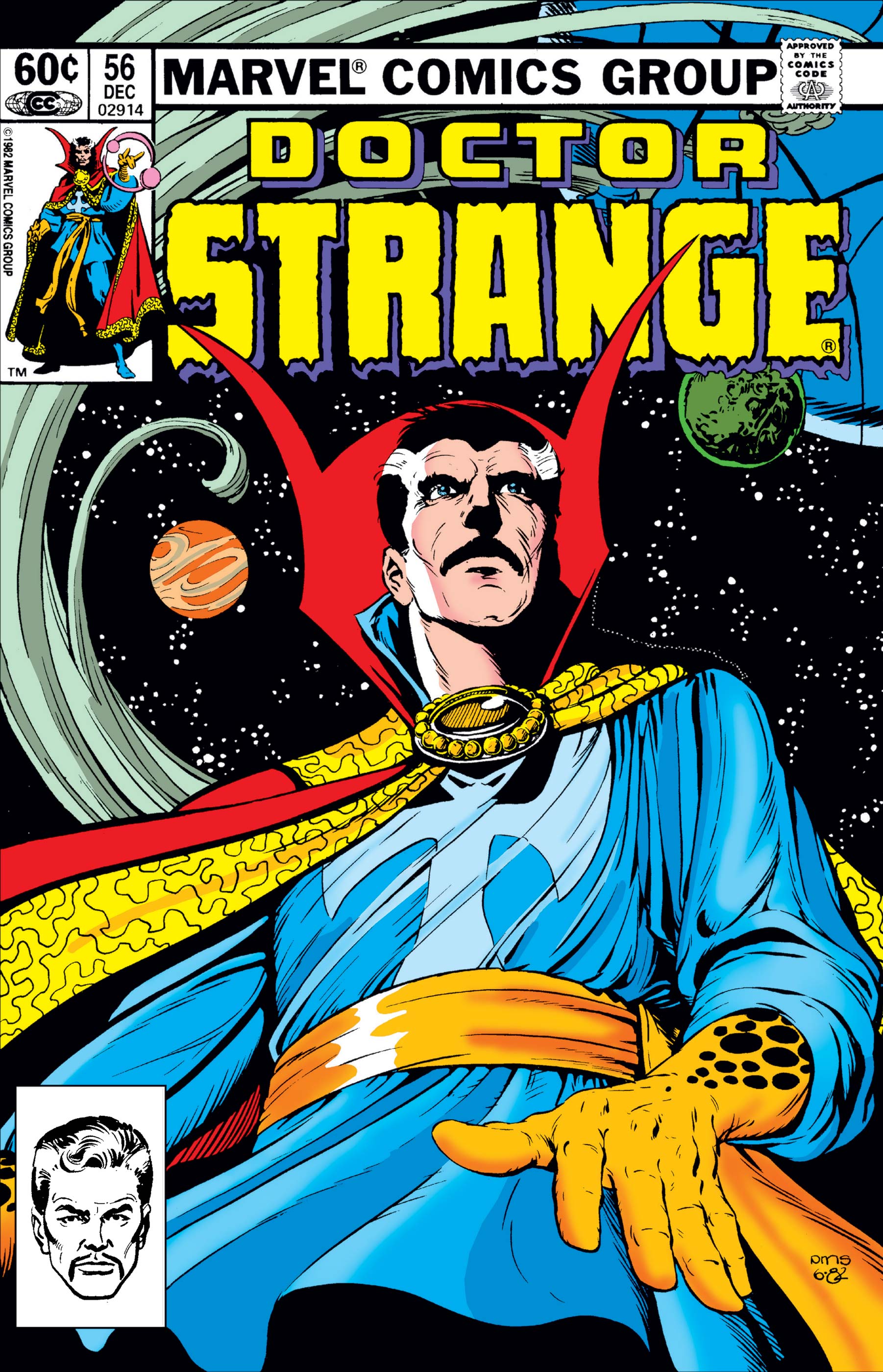 We get all the highlights of Strange’s career, and even get to see the origin of his home in Greenwhich Village: The Sanctum Sanctorum. 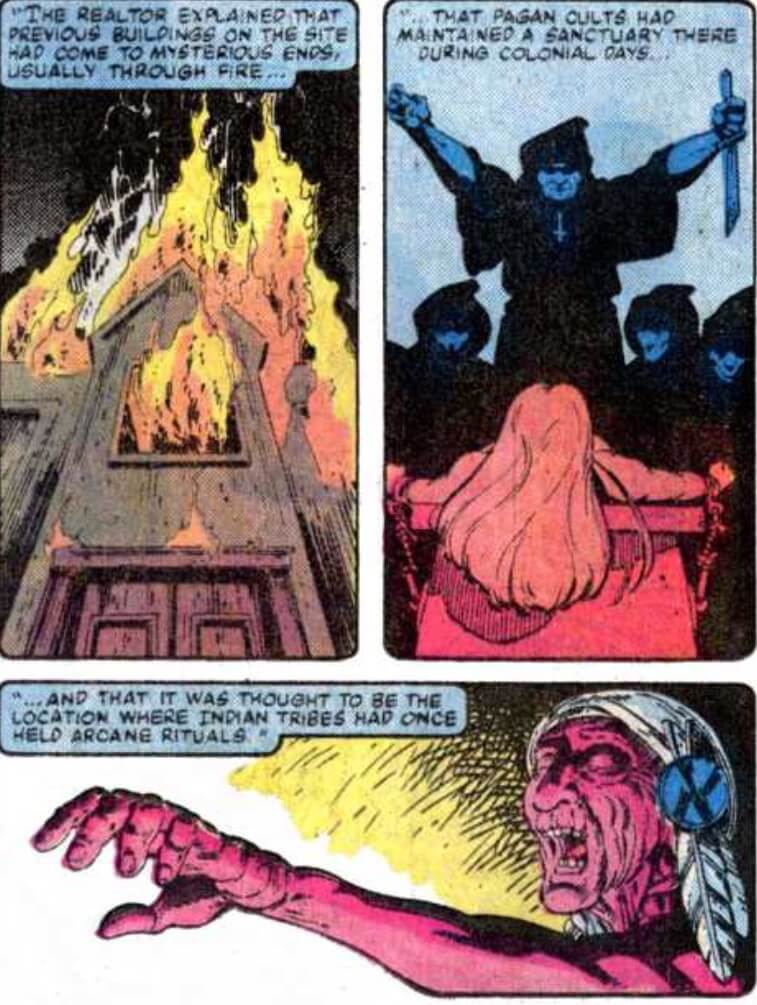 Turns out, it was not only the subject of mysterious fires, not only the site of pagan cult human sacrifices, but also was built on an Indian tribe’s ritual space.  It’s like a haunted house trifecta! 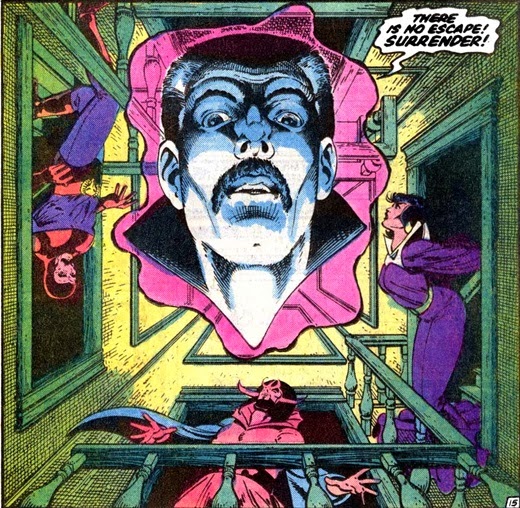 Stern is clearly having fun here, and it gets even better when the reporters interviewing Strange turn out to be demons in disguise (villains from the days when Dr. Strange appeared in Strange Tales) seeking to harm him, and Strange simply lets them wander through his house of horrors, laughing as they get increasingly scared and thwarted.  It’s a nice way to show how powerful the Doctor has become. 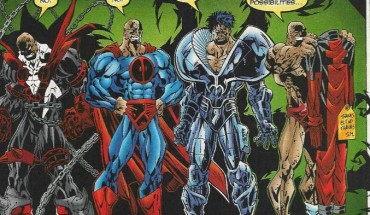 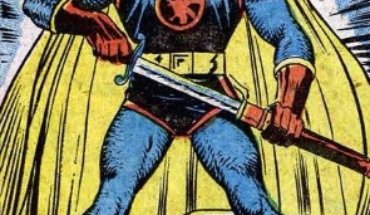 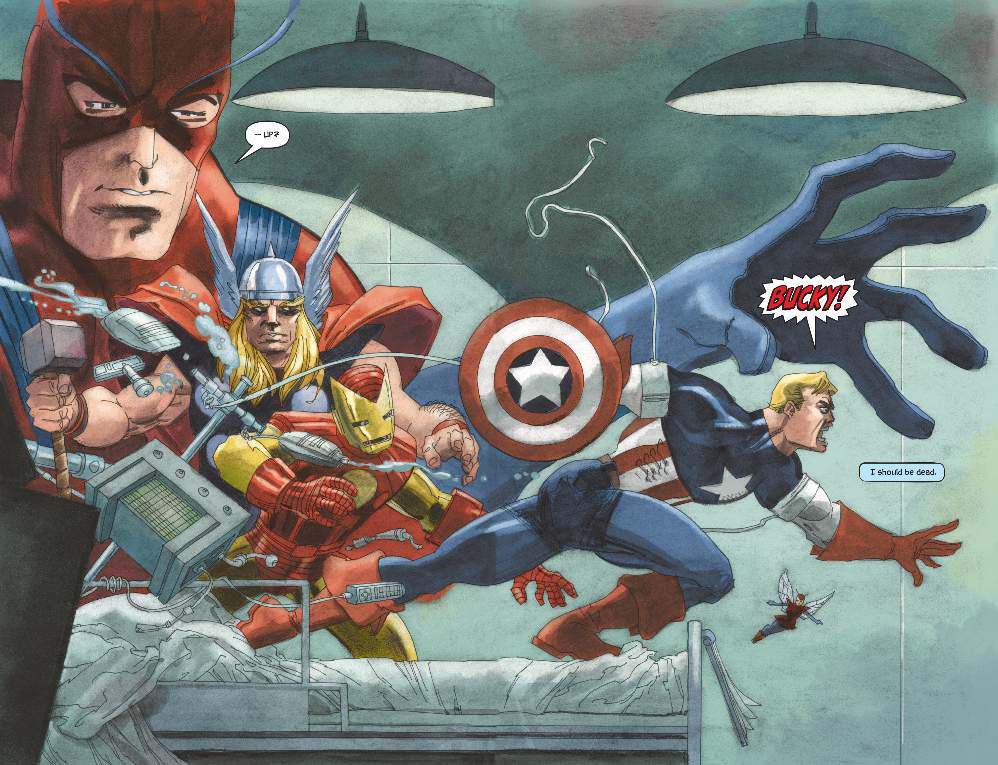