One of my favorite panels ever.  I love the use of color to show the gas, and the shadows over Hyde’s looming presence.  Cap vs. Hyde.

In this two-parter, Hyde is not with his usual partner–instead, he’s with the French leaping kicker known as Batroc, who, like Cobra, is pretty much a joke of a villain.

And the creative team of Roger Stern and John Byrne, arguably the greatest Captain America creators of all time, have tons of fun with it.

The story involves a hijacking, in which Batroc uses a bathing beauty to dupe some wealthy yacht owners while he boards the ship.  Captain America tries to save the day, but instead…he gets captured by the villains, and strapped to the front of the boat, in one hell of a great splash page… 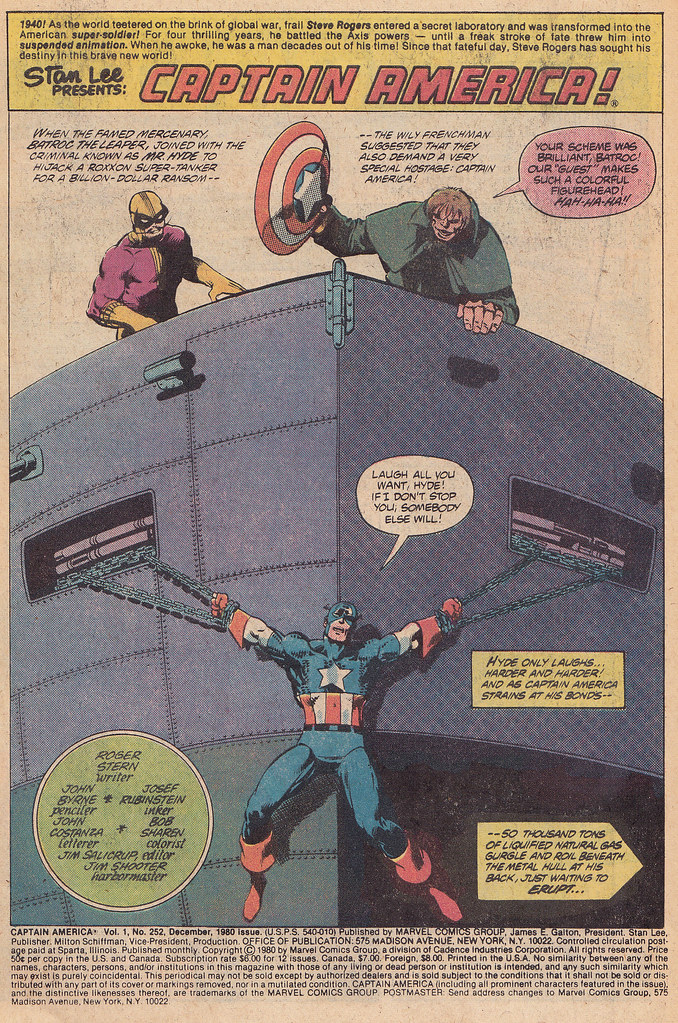 This is basically just a two-issue romp, a wonderful little adventure.

And, of course, it starts with Batroc and Hyde not getting along… And, after the panel at the top of this post, Hyde beats the crap out of Cap. 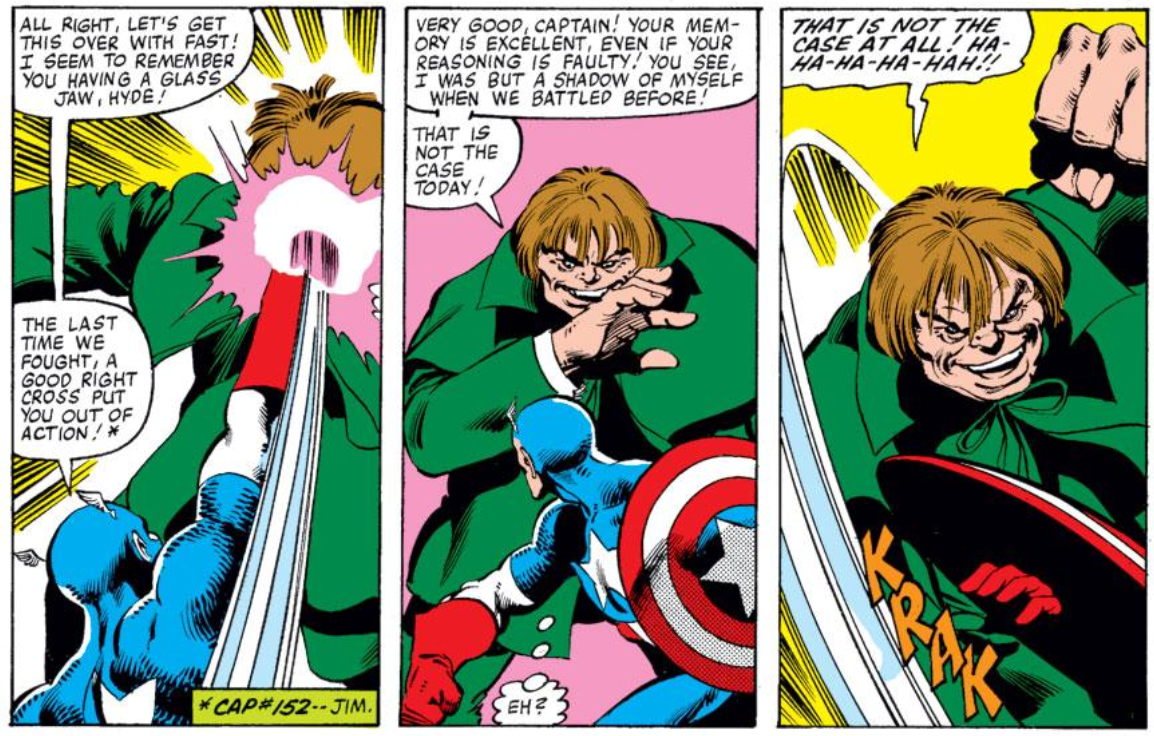 This is some of Byrne’s finest work.  Look at Hyde’s face–he’s maniacal.  Nobody, up to now, had really understood Hyde as a villain–he’s crazy.  The serum that gives him strength also makes him nuts–almost like he’s high.

The muscles in his legs, the power in the leap–John Byrne is a master.

And in the end, a closer look at Steve’s apartment… 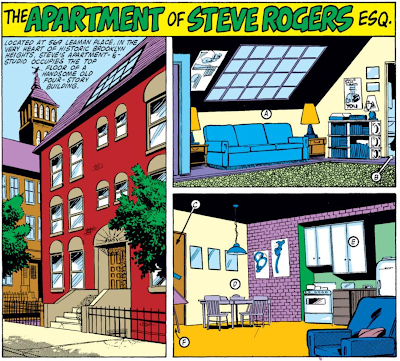 It’s impossible to explain why, but diagrams of peoples’ apartments were really cool in the 1980s.  Maybe it was part of Marvel’s effort to make its characters seem real.

Finally, we get a hint of what Byrne will be doing in the late ’80s with She-Hulk.

A little fourth wall breaking, as Beast calls John Byrne “chicken” for not trying to draw the whole Avengers team in a small space.