I’m fully aware that there was a Sgt. Fury war comic, but I haven’t covered it here because it’s only tangentially relevant to the Marvel Universe.  It’s really here, in Strange Tales #135, that Nick Fury becomes a player in the MU.  And in the very first shot, he’s chewing on a cigar, having a mold made out of him for a life model decoy.  And in that same debut issue, we see the famous flying cars that are still a big deal today…

…And, of course, the Helicarrier. As for the story, it’s really just a bigger budget James Bond kind of thing.  Tony Stark is involved as a weapons maker for SHIELD, there are two-way communication quarters, explosive ties, and we learn that the Marvel version of SPECTRE is Hydra 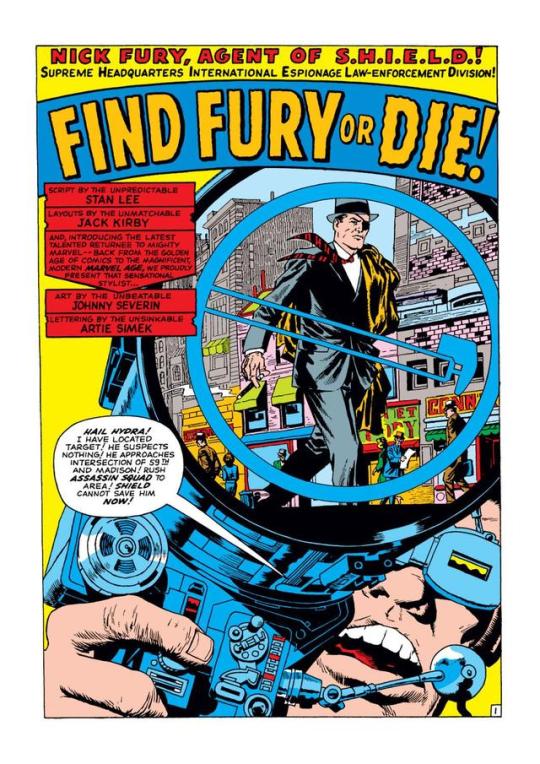 Also, Hydra has a culture: They don’t call each others’ masks ugly… 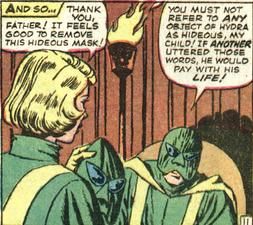 The second story in these split comics is Dr. Strange, and there’s lots going on there, too, as he finally completes his quest to find Eternity in #138… What will this mean for the future of Marvel?  In retrospect, we know.  But Eternity was the first of the cosmic figures.  We had yet to meet the likes of Galactus, Grandmaster, Collector, Shaper of Worlds, etc.

Steve Ditko does good stuff with hands during his Doc Strange run. 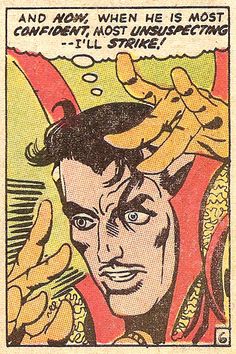 Dormammu teams up with Mordo to kill Strange. 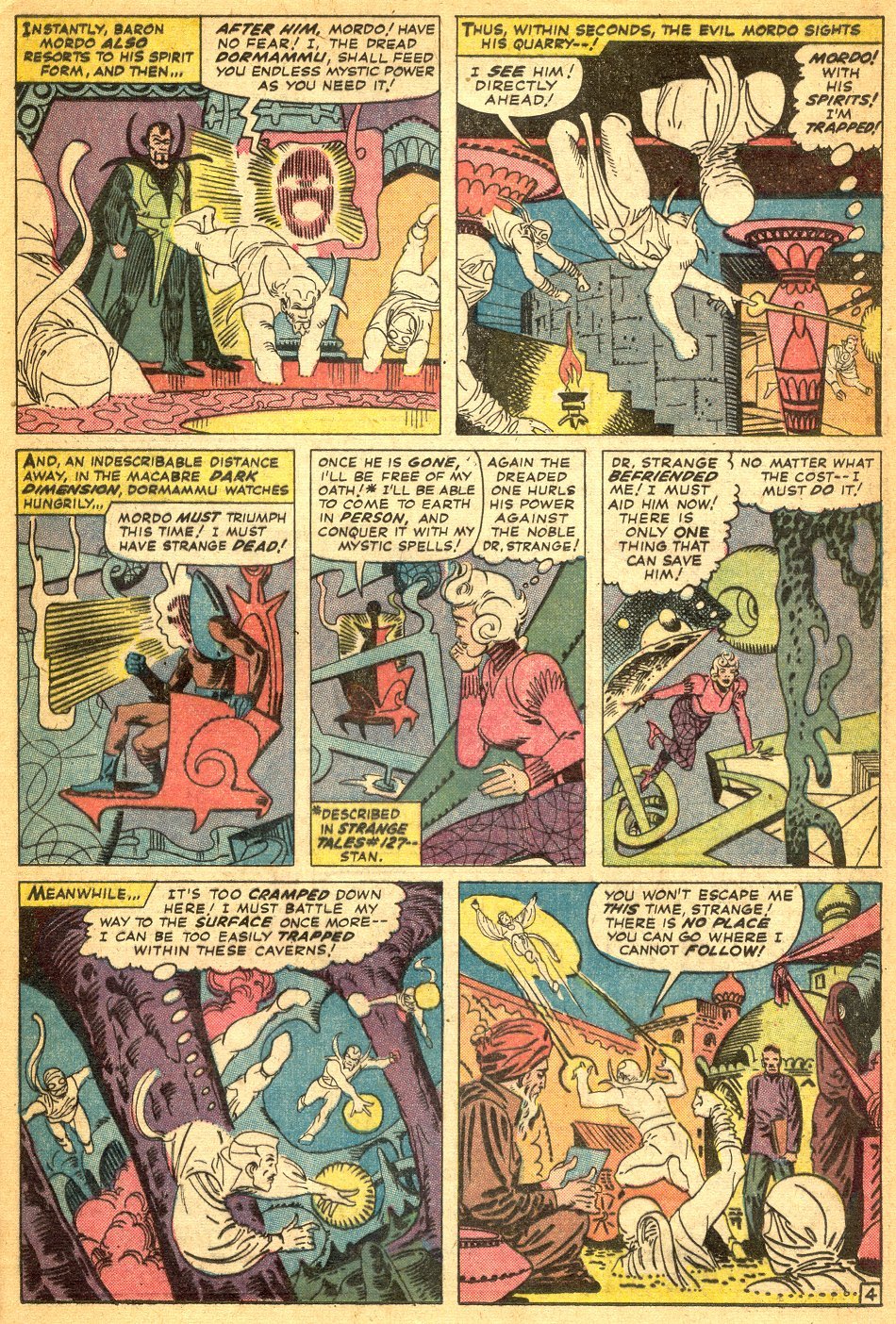 They fail of course.