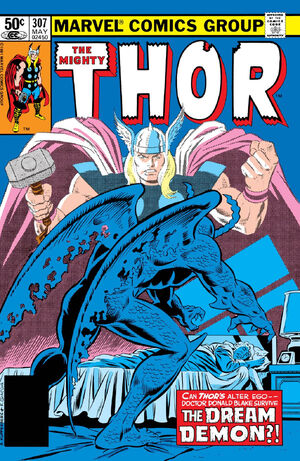 Dr. Don Blake has some patients in comas and discovers that the reason why is a Dream Demon, which Thor tracks down and defeats.  There is more to the story than that, but it’s really not worth telling. 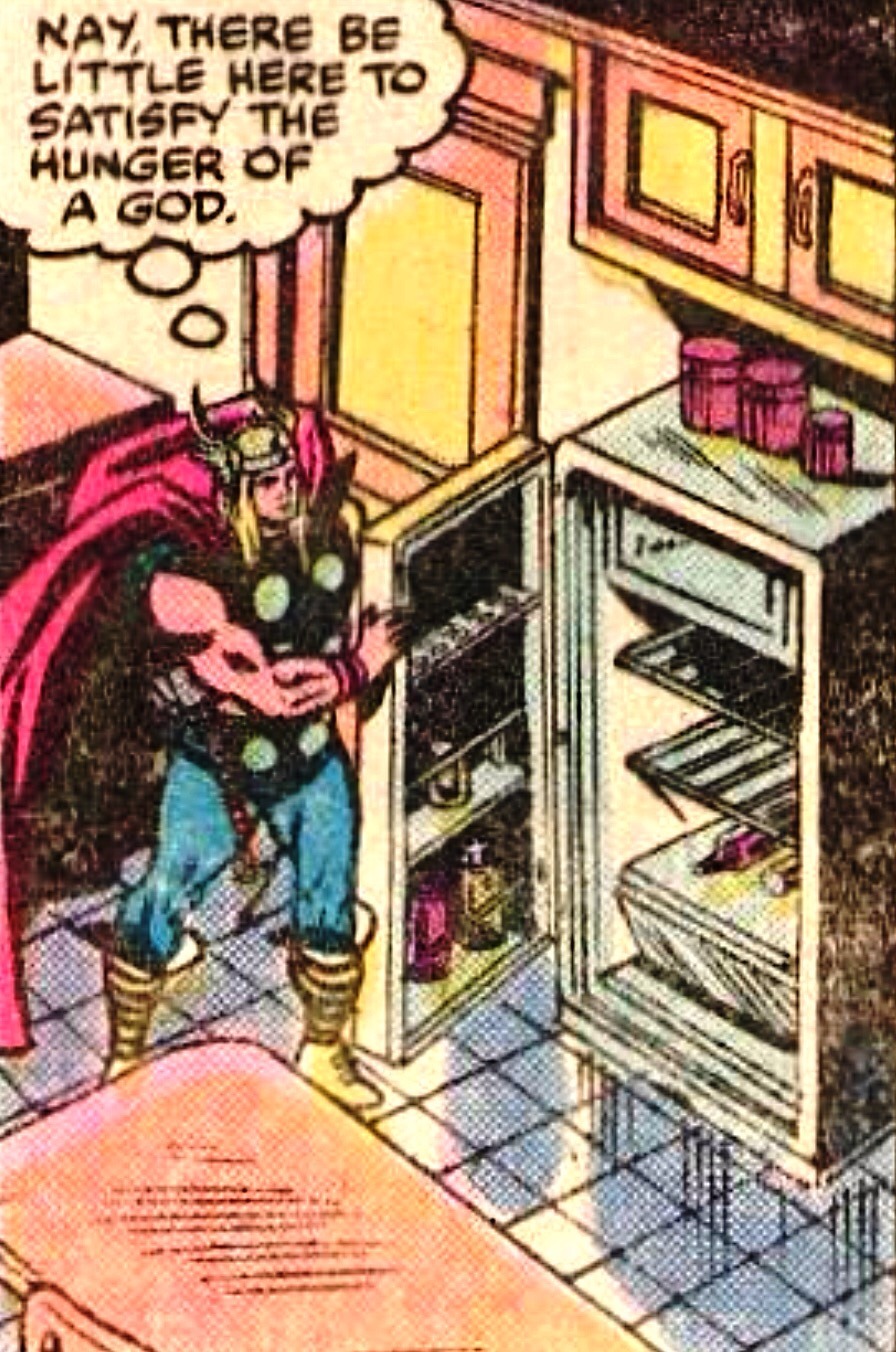 There’s also a Tales of Asgard backup in this—and most other Thor issues at the time.  It’s better than the main story, but not by much.

Low average to below average Thor issues lately.  I’m hoping this will change soon, but don’t think it will.  After all, everyone knows that Walt Simonson was allowed to completely blow the Thor comic up in 1984 because NOBODY was buying it and it was pure garbage.