First appearance of Vermin.  The creators, Mike Zeck and JM DeMatteis, would use the character to great effect in Kraven’s Last Hunt, one of the greatest Spider-Man comics of all time.  I wrote about it here. 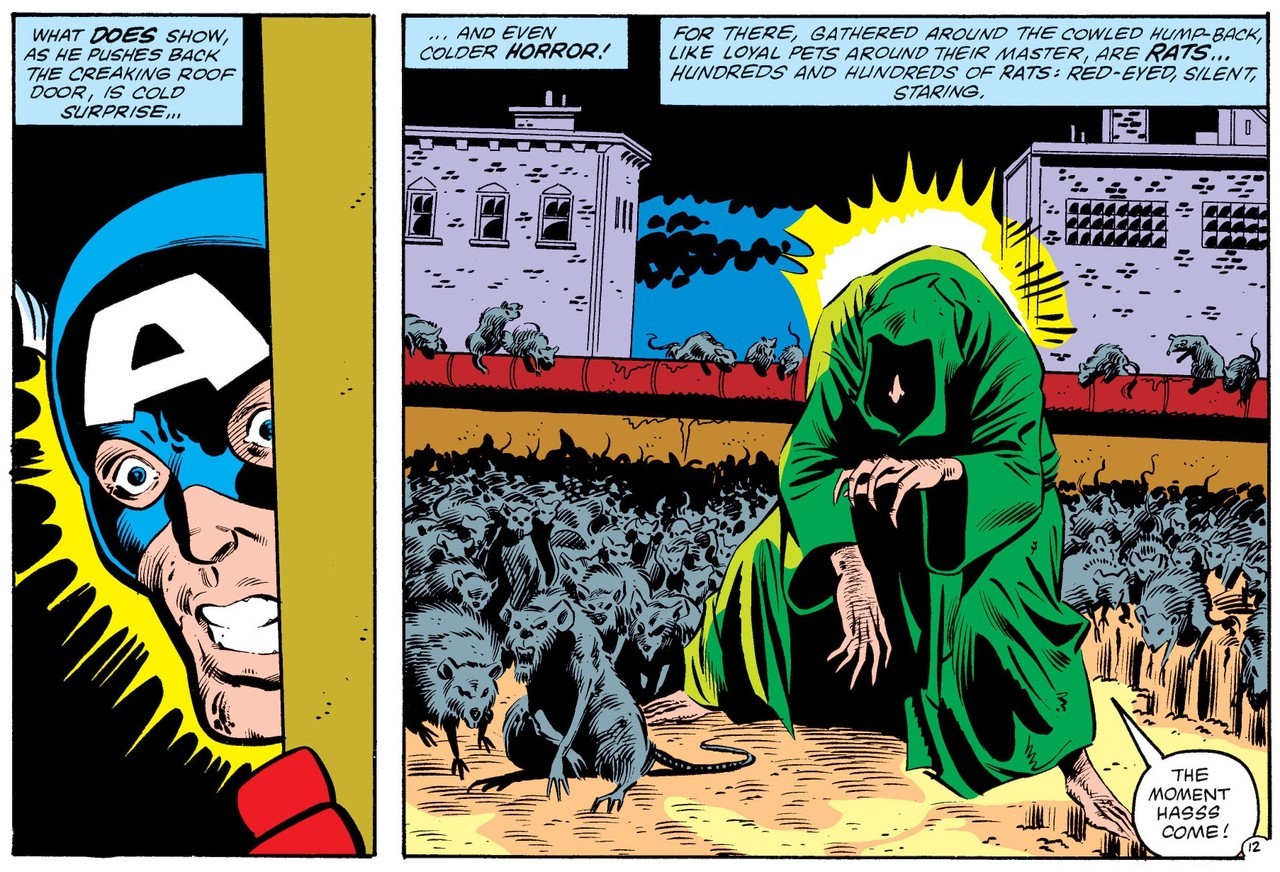 In this issue he’s kind of like a cult leader of rats. 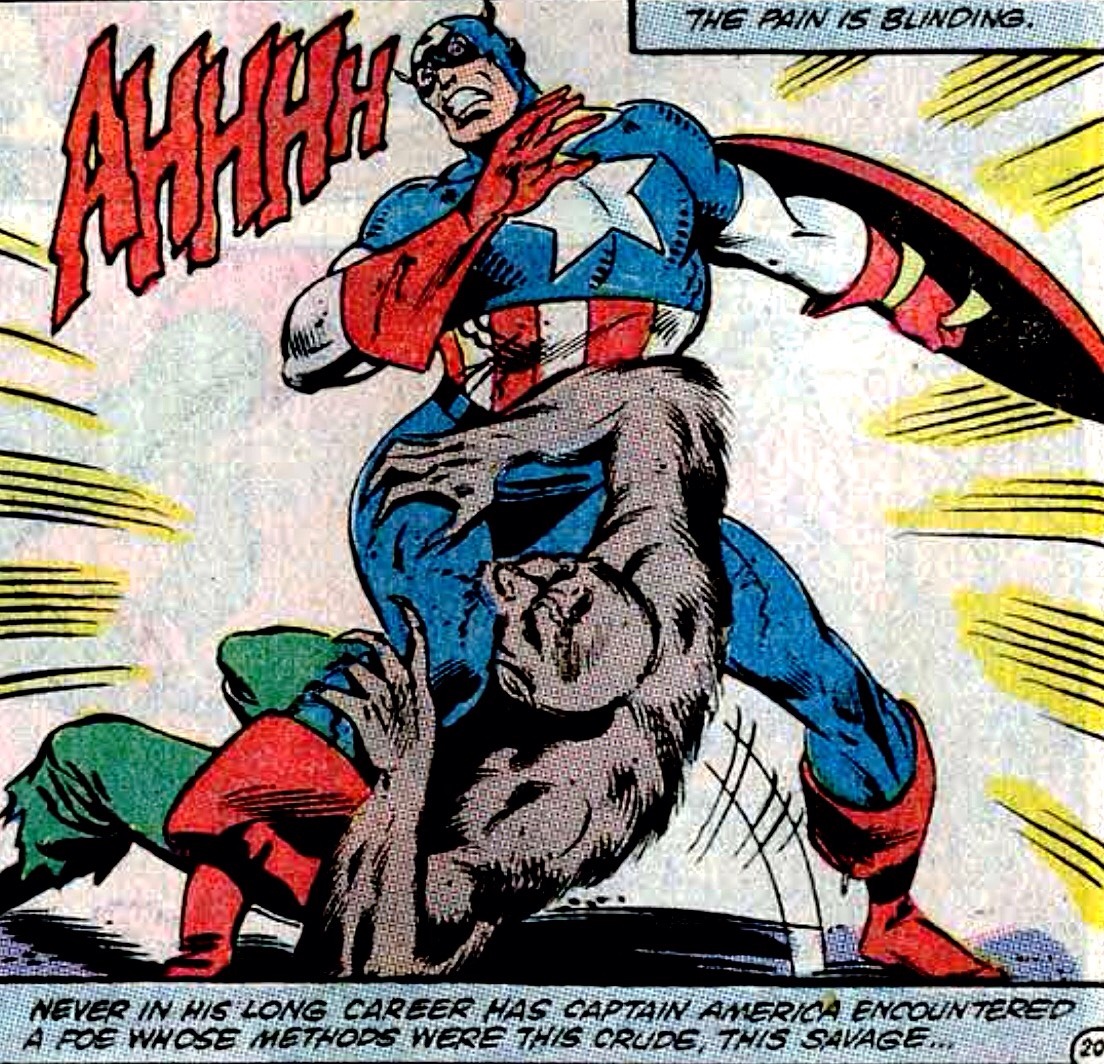 He’s a savage villain, and gives Cap a run for his money.

And the cover was so amazing, DC copied it years later.

Also in this issue, we get a brief check-in with Sam “Falcon” Wilson, his nephew, Jim Wilson, and his group of Young Watcher vigilantes.

Creators: DeMatteis and Zeck
Grade: B