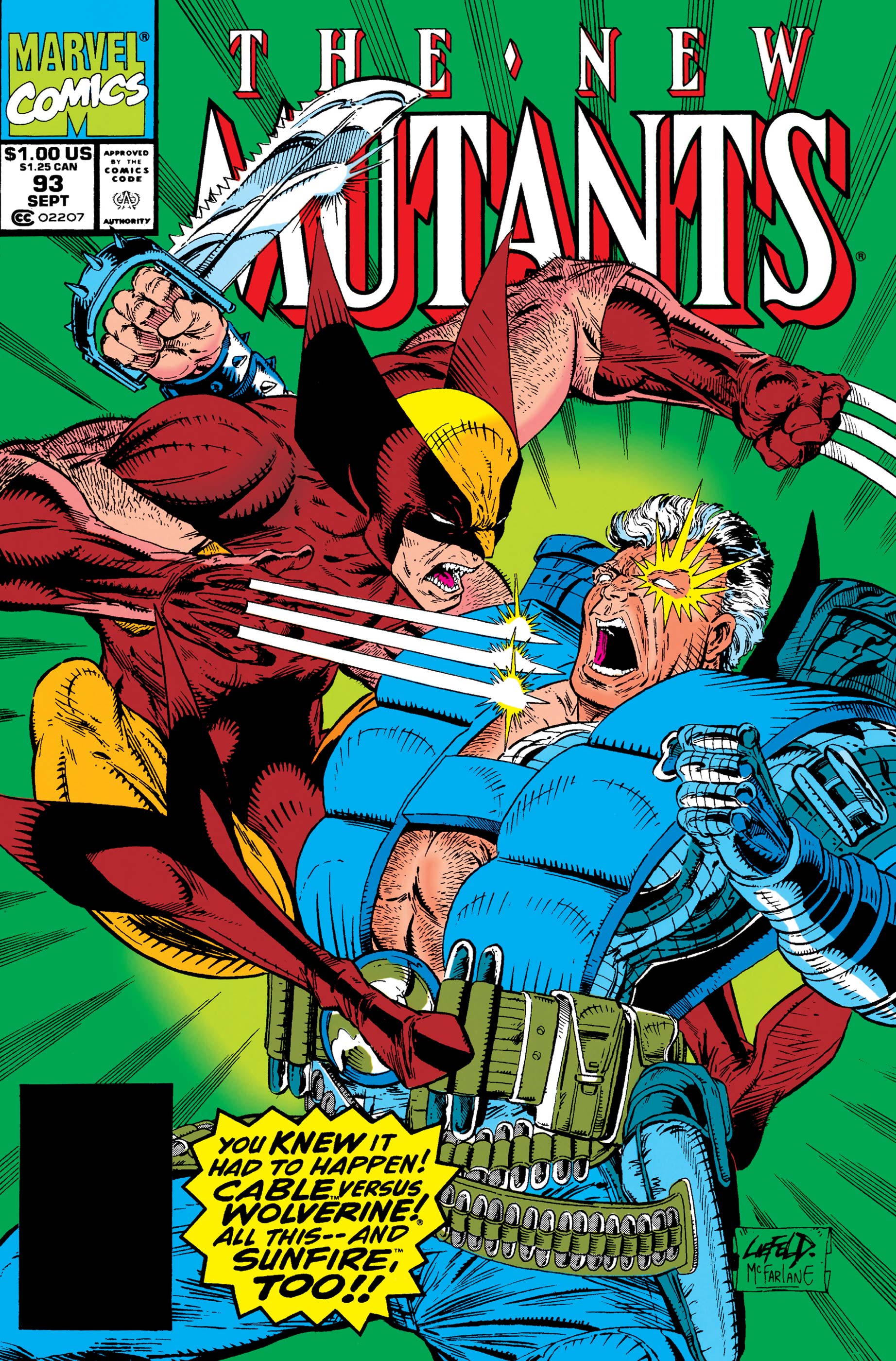 The New Mutants go to Madripoor so Cable can fight Wolverine and Sunfire. 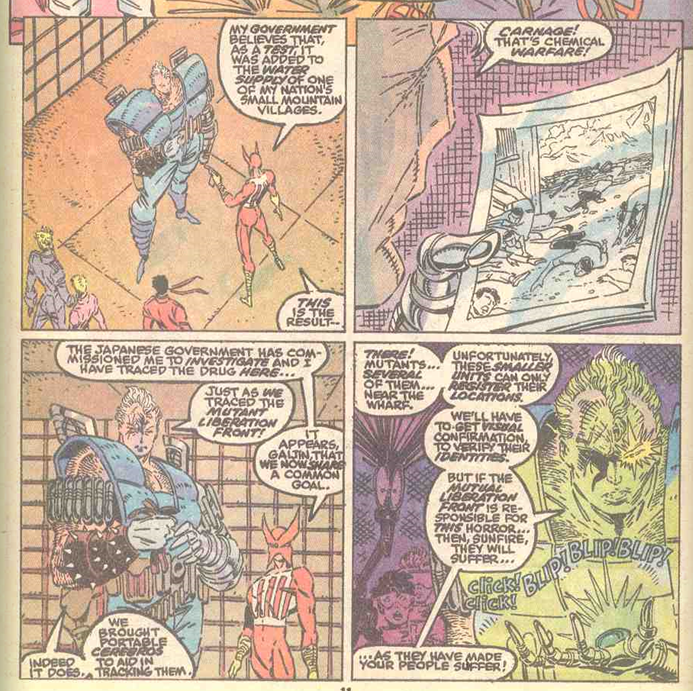 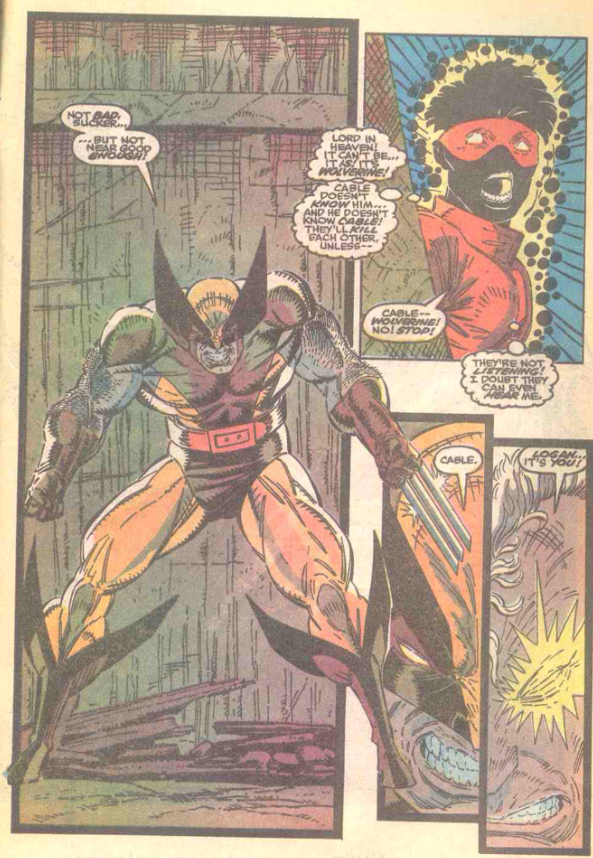 We get more hints about Cable’s past, being that he and Wolverine have some kind of past animosity that causes them to fight before they team up to stop the spread of a deadly drug called Sleet across Madripoor. They’re all responsible for Sleet.  I think.  There’s not a lot of story or character development—it’s mostly fighting. 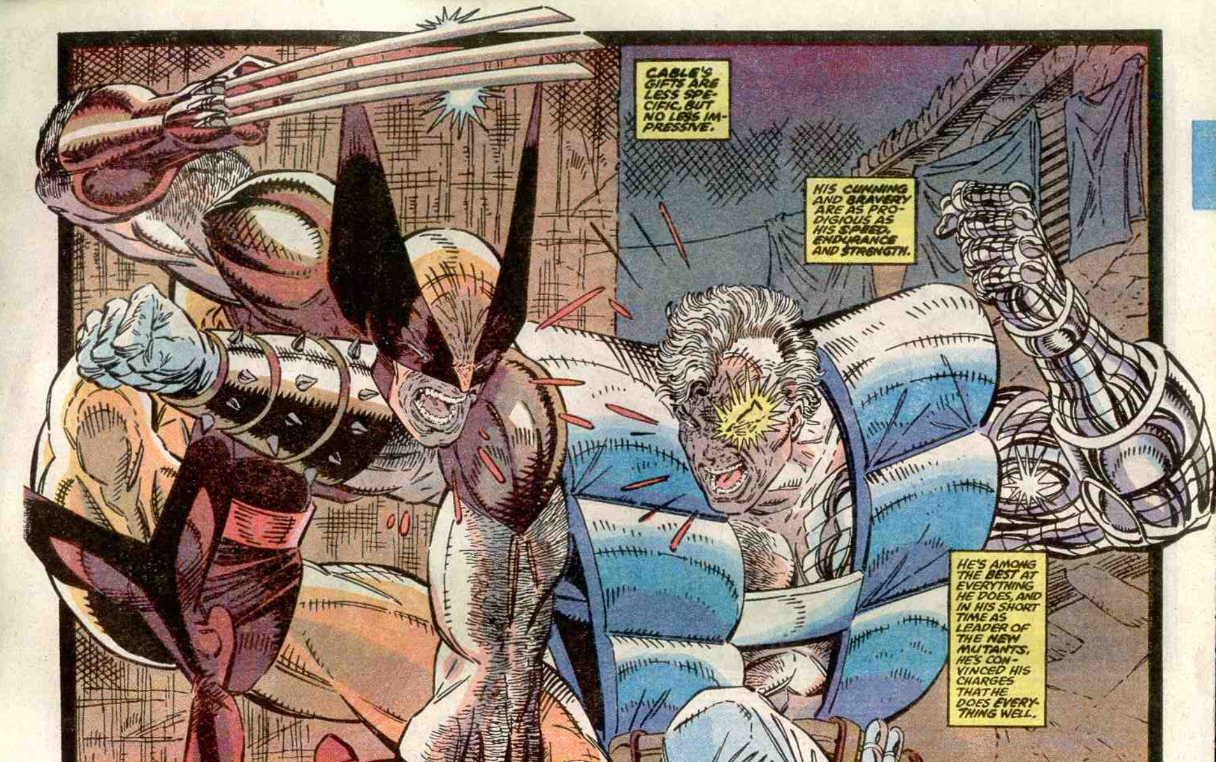 It’s good fighting, but it’s a lot.  The tone of this book is now completely changed from a comic about teens growing up to just nonstop action.

Sunfire and some of the New Mutants get taken by the three Japanese charicature villains and Dragoness has nonconsensual kissing with Cannonball.

If a male character did that to a female one in a current comic, it would probably be a scandal.  Just saying.

By the end, Wolverine and Cable make friends and destroy the sleet.